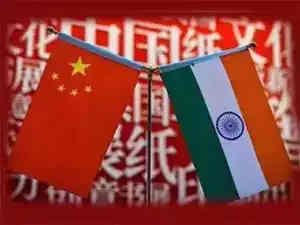 Are We Headed For Cold War II

In the past 20 years, geopolitics has witnessed one of the most remarkable and unprecedented relationships of the world with China. The dynamism of the relationship notwithstanding, countries have felt undercurrents of wariness in their relationship. Today, under the stress of a pandemic, disruptions in global supply chains of vital equipment, perceived Chinese complicity in the spread of the Coronavirus, Chinese belligerence in the South China Sea, Hong Kong and NE Ladakh in India, this wariness has transformed to cautionary stance when it comes to anything Chinese.

The changing image of China has forced many in the West to apply the Cold War template between the Soviet Union and the West, on today’s relationship of the US and its allies with China. This article is an attempt to disprove this analogy.

Applying the Cold War template betrays a profound misinterpretation of the energetic relationships with the West, especially what the US shares with China. Presently, there is an extremely dangerous war of words ‘on’ between these two nations. The US is attempting to stymie the marketing of Chinese technology by banning Huawei, proposing a ban on TikTok and attempting to prevent China from building its own Internet and communications network, to support its newly launched digital currency. The US allies and partners Japan, France, UK, Australia and India (the first to ban TikTok) too have followed suit.

However, since 2001, the economies of the US and its allies have so interwoven themselves with Chinese economy that the ongoing US Trade War or that of its allies has largely left this enmeshing, untouched. The present situation can best be termed a “bad marriage” with no possibility of divorce anytime soon and definitely not a Cold War II would usher.
Sanctions and Chinese counter sanctions, the criticism by the West of its “archaic totalitarian ideology” has seen Consulates being closed, citizens imprisoned and sentenced. Recently, an American U2 flight prompted China to fire four missiles, kindling memories of the Cold War era.

Cold War of the 20th Century was defined by diametrically opposite ideologies, proxy confrontations in proxy wars around the globe attempts to create fault lines within nations and in between neighbouring nations. It did create exclusive areas of influence where either of the two sets of ideologies were exported by the US/ USSR and attempt at interference by the other country, risked a war. It saw an effort to isolate each other’s area of influence by economic largesse, propaganda and diplomacy, aiming to promote unity and cohesiveness within own group and economic and political demise of the other.

Opposing nations in the erstwhile Cold War reached a point of no return in the 1950s when the US aided Marshall Plan rebuilt and revived the war-ravaged economies of Western Europe, which became the exporter of goods and technologies. In sharp contrast, the Soviet bloc in Europe did achieve technological advancements but found scant response in the world market. The resultant economic benefits and affluence eluded the Soviet bloc. Trade between the two blocs was negligible. Totalitarian versus Laissez-Faire often led to near hot war situations, which were only dissuaded by the nuclear weapons arsenal held by both sides. Instead, the ideological and economic war was conducted on the distant shores of Vietnam, Angola, Nicaragua, Cuba and lastly in Afghanistan.

So far, similar situations have not played out in the run-up to the present acrimonious state between the US, its allies and China.
Even after taking into account the disruption of the world economy due to the ongoing pandemic and the trade war between the US and China, the US-China trade is set to reduce but still likely to be $500 billion. Besides, China holds $1.1 trillion in US Treasury Bonds and much wealth in US stocks. US companies have also invested in China to manufacture their products and these are not only for exports but also enjoy a large domestic market in China.

China’s entry into the WTO and opening up of its market benefitted all high-end products manufacturers in the West. Cheap, trained and disciplined labour, liberal business policies and a captive market within China made manufacturers in West shift their bases to China. West, including the US, suffered job losses akin to shifting of manufacturing to Mexico in the 1980s (and Japan and Taiwan in 1970s-80s). Despite job losses, the economies of these nation gained as their middle class were able to buy a variety of products, hitherto fore unaffordable. The savings of the combined consumer base far outstripped the combined loss of wages to the workers. It’s pertinent to mention here that Chinese investments in Bonds and its ‘acquisitions’ post-2008 financial crisis helped the US and the West to recover.

If the economic interdependence is so intense than why does the shadow of an archaic Cold War persist, remains the moot question?

The competition for global dominance by the US and its allies and China is real and substantial. It’s likely to become more intense as China’s Belt and Road Initiative (BRI) progresses and it starts exporting high-end technologies being developed under its “Made in China 2025” initiative to BRI nations.

It is a challenge to the hegemony of the US and West, in being inventors of high-end technologies; the main driver of growth, prosperity and military power in the world. It is an unacceptable proposition as it directly challenges US global leadership. However, this threat is not an “existential threat” as experienced in the erstwhile Cold War, nor a “universal one” to be fought around the globe, 24×7.

It will be prudent here to amplify some key differences between the growing acrimony of the US and its allies with China and the erstwhile Cold War. The main difference lies in the lack of Chinese promotion of its form of communism in its growing area of influence, thereby negating an ideological war. China is an export-oriented economy and nearly 19 per cent of its GDP is from exports. Trade has so far been its prime focus.

As a Capitalist State, China needs the stability of its markets and the safety of its investments. It depends on a healthy and robust international capitalist system. Unlike the Soviet Union, it needs a “rules-based world’ to prosper. China’s efforts to increase its area of influence based on increasing trade with nations. It explains BRI. To make BRI a success, it has given substantial loans to the member states to build their infrastructure. Peace and a rules-based world can only make BRI a success.

China has an edge over the US and its allies in 5G technology. Information and Cyberwarfare too are its strengths. These again are not “existential threats”. To negate them, the US and its allies need to develop and introduce their own 5G and also develop safeguards to nullify the effect of Chinese Information Warfare (mainly in electronic and social media) to influence their citizens and against its cyber warfare capabilities.

Unlike the Cold War, where opposing powers were quick to capitalise on the regional weakness of one by increasing their own influence there, China has so far refrained from doing so. It’s only now that it is contemplating on a $ 400 billion strategic partnership with cash strapped, sanction ridden Iran, which appears to be more an effort to safeguard and meet its increasing energy requirements.

In the Indian Ocean, China has a repair and refuelling station at Djibouti and a ninety-year lease of Hambantota. The dominance of the US and its allies including India over the Indian Ocean makes China’s naval presence, insignificant.

The one major exception to all the above is China’s increasing belligerence in the South China Sea. Like the US considers the Caribbean Sea as an “American lake”, China too has claimed its territorial rights up to an imaginary “nine-dash line” which infringes upon the territorial integrity of Philippines, Vietnam, Malaysia, and Brunei.
Chinese loss of independence to foreign power due to the two Opium Wars in the 19th Century has made it wary of its vulnerability from its Eastern Seaboard. Consequently, its belligerence here has impeded the international convention for “freedom of navigation” through recognised international waters.

But will China risk a blockade on its Eastern Seaboard by its acts of belligerence in the South China Sea, is a question which rankles many China observers. Eastern seaboard is a vital lifeline for its imports and exports. A blockade on the sea lanes servicing its Eastern seaboard will have a devastating effect on its economy. It can ill afford to escalate its South China Sea belligerence to a level where it faces punitive action from the US and its allies.

It can be safely deduced that there is no similarity between the present acrimonious relationship of the US and its allies with China and the erstwhile Cold War. Nonetheless, this pandemic has disrupted vital supply chains from China, resulting in shortages in medicines, personal protective equipment, medical equipment in many nations. It is imperative for each nation to draw its own lessons from this pandemic and re-establish manufacturing of vital items or seek alternate supply chains, to ensure that disruption from China does not threaten its national security. To that extent, “delinking” from China is a must for all nations. A near-total delink by the US and its allies will incur a hefty cost of nearly $10 trillion to establish supply chains, independent of China.

It may not be Cold War II but does it change the India-China equation? We share a $90 billion trade and both economies are deeply enmeshed. Nevertheless, China is also our foremost enemy and its strategic partnership with Pakistan is a lethal threat to our existence. The ongoing standoff with China in NE Ladakh and loss of our 20 soldiers dictates that India must delink. If we cannot, then India must build a very strong military and efficient infrastructure to deter the Chinese from any future misadventures and to convince them to settle the border dispute at the earliest.