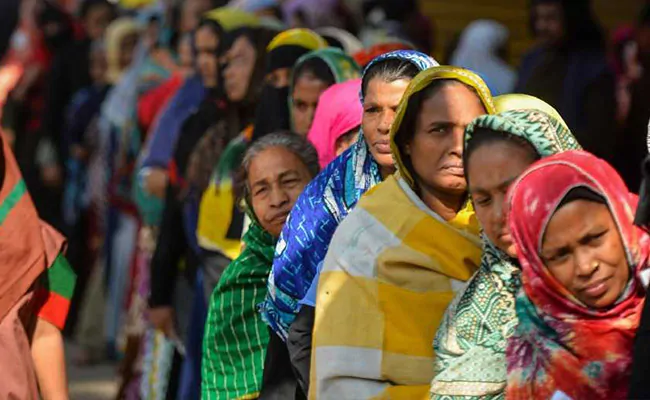 Challenges for India and Indo-Pacific in Post Elections Bangladesh?

Results of the Bangladesh elections held on 30 December, 2018 were indeed a surprise. Awami league under Sheikh Hasina was definitely expected to win, however garnering 288 of the 300 seats contested does raise eyebrows. Notwithstanding the opposition parties’ hoarse calls for re-election, Hasina will continue with another five year term, making her the longest serving PM of Bangladesh. 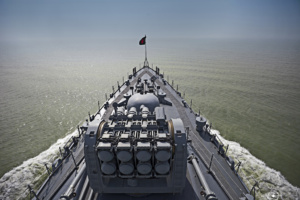 It’s important to take a measure Bangladesh’s strategic importance, before progressing any further. Bangladesh’s long coastline along the Bay of Bengal makes it one of the more strategically important countries for the Indo-Pacific region. Should the Chinese be able to garner port facilities in Bangladesh, it strengthens the Chinese string of pearls around India. They already have a lease for 99 years of the Hambantota Port, Sri Lanka. to India’s south, and Gwadar Port, Pakistan, to the west for 40 years. Another port to India’s east, as close as Bangladesh, can drive the noose tight. Put together, though Gwadar is beyond the Indo-Pacific’s geography, port facilities in these three countries provide substantial leverage to the Chinese for intervention across the sea lanes of communications passing through the Indian Ocean also. It conflicts directly with the Indo-Pacific’s stated objectives of free and open Indian Ocean.

Bangladesh also provides China a land route via Myanmar to the Bay of Bengal. It reduces Chinese dependence on the Malacca Straits. The geo-political affiliations that Bangladesh will prioretise in making a choice between India and China, are significant for contesting powers in the region: the USA today, and the Chinese, more and more in the years ahead.

When Khaleda was the PM, Bangladesh after winning the elections in 2001, the country had drifted away from India. Terrorist groups had also proliferated, till Hasina pulled it back from the brink on winning the 2008 elections. Hasina’s regime had a declared zero tolerance for terror. It also attempted to balance its relationship with India and China.

Two issues will be decisive, as Hassina bats through her third innings. The first one is the shape Bangladesh-China relationship will take. Will Bangldesh lean more the Chinese way or would the tilt be towards India. The need to wean it away from being another Chinese debt driven satellite is appreciated by most nations in the Indo-Pacific, especially the Quadrilateral of India, Australia, Japan and the USA. These countries have invested heavily in terms of aids, grants, and investments in Bangladesh. The Chief Representative of Japanese International Cooperation Agency in Dhaka is on record having stated, “Japanese Official Development Assistance commitment has jumped ten-fold in 10 years”. 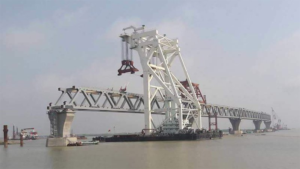 The Chinese with their cheque book diplomacy have also stepped in as aggressive players. Bangladesh has displayed better discretion than a lot of other south and south-east Asian countries, so far. A case in point is the rejection of the Chinese offer to build a port at Sonadia. Indian concerns led them to cancel the project. Now the Japanese and Indians would be developing a port each at Matabari and Payra, respectively. However, the Chinese are financing the US $3.7 billion Padma Bridge linking North and South Bangladesh and numerous other projects. The Chinese have, reportedly, earmarked US $30 billion for infrastructure projects in Bangladesh. It’s too tempting an offer. Bangladesh has affirmed its participation in projects that are a part of the Chinese Belt and Road Initiative.

The other big issue that’s cause for concern is the continuity inpost-election Dhaka dispensation’s approach to radicalism and terrorism?After Awami League won the 2008 elections, Hasina had set up the International Crimes Tribunal. Most of those tried were from Jamaat-e-Islami, a radical party, now de-recognised by the Bangladesh election commission.Bangladesh also took action against bases of Indian terrorist groups on its soil. Of all countries, India does not want another terror hub, like Pakistan, in its backyard.

With the Awami League prevailing, the Indo-Pacific will certainly have lesser to worry about. The challenge of Bangladesh slipping into a Chinese debt driven dark and deep hole, however, still remain high. 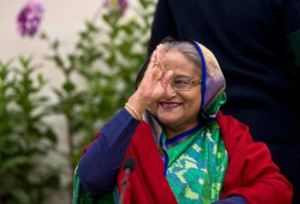 With the elections over and Hassina back in saddle, the quadrilateral of India, USA, Japan and Australia has its priorities pretty well defined. They will require greater co-ordination and pump in enough resources to block the Chinese. Bangladesh will have to be convinced about the pitfalls of a Chinese debt trap. There will be a requirement to ensure Bangladesh maintains its growth curb.
Sheikh Hasina will also need to be convinced to be more democratic. Her Information Technology Act and Digital Security Act have come in for a lot of criticism. The New York-based Human Rights Watch has called the law, “tool ripe for abuse and a clear violation of the country’s obligations under international law to protect free speech”.

Bangladesh will need international support to face the crisis brought about by Rohingya refugees pouring in from Myanmar. The refugees are not prepared to return, given the uncertain conditions in Myanmar. The country hasn’t the resources to foot the bill on its own. Americans and the West at large, have to understand Bangladeshi handicaps and galvanise global support..
Americans and a few NATO countries have so far been at best ambivalent towards Bangladesh. A legacy attitude that traces its origin back to the days when Bangladesh fought to break away from Pakistan apparently still persists.

For the present, Indo-Pacific needs tobe ready with complementary strategies to firmly put its weight behind Bangladesh, draw it away from Chinese influence and continue with efforts to root out terrorism.