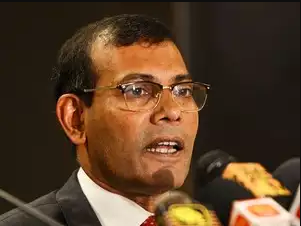 In his address to the Indian Ocean Conference in Male, Nasheed, who is currently serving as the speaker of the Maldivian parliament, accused his previous government, under former President Abdulla Yameen, of putting the country in deep debt in connivance with China.

“Get hold of a government, buy up a parliament, change the laws, get unsolicited contracts then inflate the price of the contract to the level due to which business plans failed here. Give commercial loans and then, off course, they will not be able to pay it back. When you can’t pay back, they ask for equity and with equity, you relinquish sovereignty, including the peace of the Indian Ocean. I am referring specifically to China,” Nasheed told ANI.

Nasheed served as the fourth President of the Maldives from 2008 to 2012 and was the archipelago’s first democratically elected president, ending three decades rule of Maumoon Abdul Gayoom.

“In recent times there has been an amazing rush to land grab. Although land grabs are occurring worldwide, they are common where protection of human rights is poor. It has a combination of practice, international and domestic drivers the Maldives up until the recent presidential election in 2018 was ..