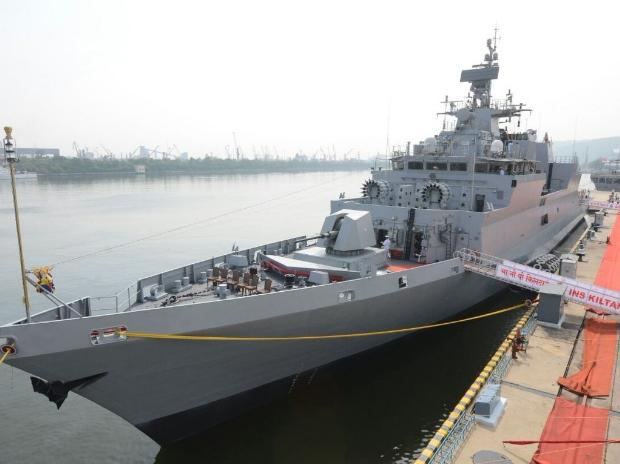 The sixth ship of Class of Eight LCU vessels are based at the Andaman and Nicobar Command, can be deployed for multirole activities like beaching operations, search and rescue, disaster relief operations, supply and replenishment and evacuation from distant islands.

These vessels are designed to accommodate 216 personnel and the LCU is equipped with two Indigenous CRN 91 Guns to provide artillery fire support during landing operations. The ship is fitted with state-of-the-art equipment and advanced systems like the Integrated Bridge System (IBS) and the Integrated Platform Management System (IPMS).

The LCU Mk-IV Class of ships are fitted with close to 90 per cent indigenous content in line with the Government of India’s ‘Make in India’ initiative towards achieving self-reliance and indigenisation.

The Mk-IV LCU Vessels are a further improved version of the Mk-III LCU Vessels presently being used by the Indian Navy. The entire design of the LCU Mark-IV ship has been developed in-house by GRSE as per requirements specified by Indian Navy.

The GRSE has a strong order book of over 22 more warships worth of Rs. 27,500 crores for the next 20 years. At the current turnover level of Rs 1,386 crore for 2018-19, GRSE’s order book is full for the next 20 years. These orders include the construction of three Project 17-A frigates, one remaining (out of four ordered) Project 28 anti-submarine corvette, eight anti-submarine warfare shallow watercraft (ASWC), four large survey vessels, two remaining LCUs and four fast patrol vessels.

The three Project 17-A frigates were awarded to GRSE on “nomination”, which means without competitive bidding. They will be built at government cost. Similarly, the four other defence public sector shipyards also enjoy “nominated” orders. The Mazagon Dock Ltd, Mumbai (MDL) has been “nominated” for orders to construct four Project 17-A frigates, four Project 15-B destroyers and six Scorpene submarines (of which one has been delivered).

In contrast, the private sector Larsen & Toubro (L&T) shipyard at Kathupalli does not have a single naval warship order. The other private sector defence shipyard, Reliance Naval’s (RNAVAL’s) Pipavav facility, has a relatively small order for naval offshore patrol vessels. The private sector shipyards have been agitating for orders on a competitive basis. Their future depends upon whether the government decides to allow them to compete with the public sector shipbuilding yards for the forthcoming Rs 50,000 crore order for six more submarines.