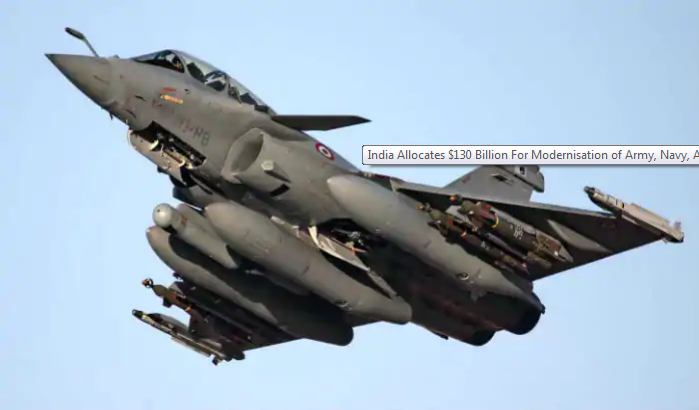 India Allocates $130 Billion For Modernisation of Army, Navy, Air Force in Next 5 to 7 Years

New Delhi: The Indian government has planned to spend a whopping sum of $130 billion to speed up the modernisation of the Army, Navy and the Air Force in the next five to seven years, revealed an official document.

“The government will spend $130 billion for fleet modernisation in the next 5-7 years across all armed forces,” the official document stated. This decision was taken keeping in mind the complex security threats that the country faces.

The estimated sum of money will be used by the government in procuring a range of critical weapons, missiles, fighter jets, submarines, and warships in the next few years, stated official sources. Notably, the immediate priority of the government is to procure 2,600 infantry combat vehicles and 1,700 future-ready combat vehicles for the Indian Army and 110 multirole fighter aircraft for the IAF.

The armed forces of the country have already been requesting for adequate allocation of funds in order to prepare ahead of a possible ‘two-front’ war on both the northern and western borders of India.