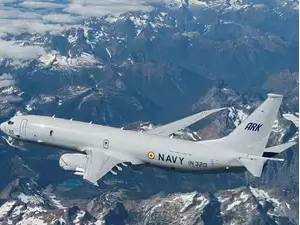 India to go ahead with $3.1 bn US deal for maritime patrol aircraft

NEW DELHI: India is set to go ahead with a $3.1-billion deal with the US to acquire maritime aircraft for the Navy that will add to its surveillance capabilities in the Indian Ocean Region. The procurement of 10 Boeing P8I maritime patrol aircraft is likely to be cleared at a key acquisition meeting next week, with the contract to be processed under the foreign military sales (FMS) route.

The deal, which will include a mandatory clause for at least 30% offsets to domestic companies, will add to the 12 P8I aircraft that have already been ordered by India and will help maintain strong vigil over a region that has seen increasing deployments by the Chinese Navy.

The maritime patrol aircraft, which specialises in tracking and hunting down enemy submarines with lightweight torpedoes and depth charges, are also operated by the US and Australian navies, which operate in coordination with India to keep track of ship movements.

Sources said that the Navy is keen to build up a fleet of 22 of these aircraft at the earliest and the contract will ensure a continuous supply over the next four years as older maritime reconnaissance assets (Russian origin) ..