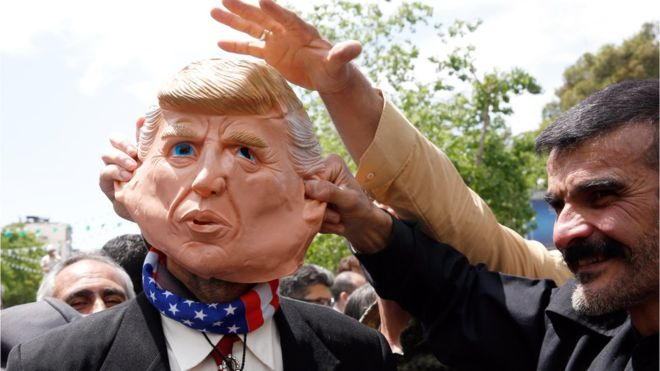 Renewed US sanctions had led to worse economic conditions than during the country’s 1980-88 war with neighbouring Iraq, Mr Rouhani said.

His comments came amid rising tensions with the US, which last week deployed warships and warplanes to the Gulf.

Mr Rouhani, who has come under domestic political pressure, called for political unity to face down sanctions.

“During the war we did not have a problem with our banks, oil sales or imports and exports, and there were only sanctions on arms purchases,” Mr Rouhani told political activists in the capital, Tehran.Read More…