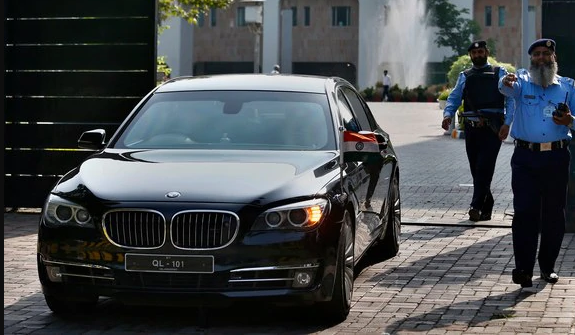 Kulbhushan Jadhav under pressure to back Pakistan’s false narrative: MEA

NEW DELHI : Kulbhushan Jadhav, who is on death row in Pakistan, appeared to be under “extreme pressure” to corroborate Islamabad’s false narrative, the ministry of external affairs said on Monday.

The statement came soon after Indian deputy high commissioner Gaurav Ahluwalia met the former navy officer for an hour at a sub-jail. In July, the Hague-based International Court of Justice (ICJ) had stayed Jadhav’s execution and ruled that India be allowed consular access to him.

In 2016, Jadhav was picked up by Pakistani intelligence agencies from the restive Balochistan province and was subsequently put on death row for alleged espionage by a military court.