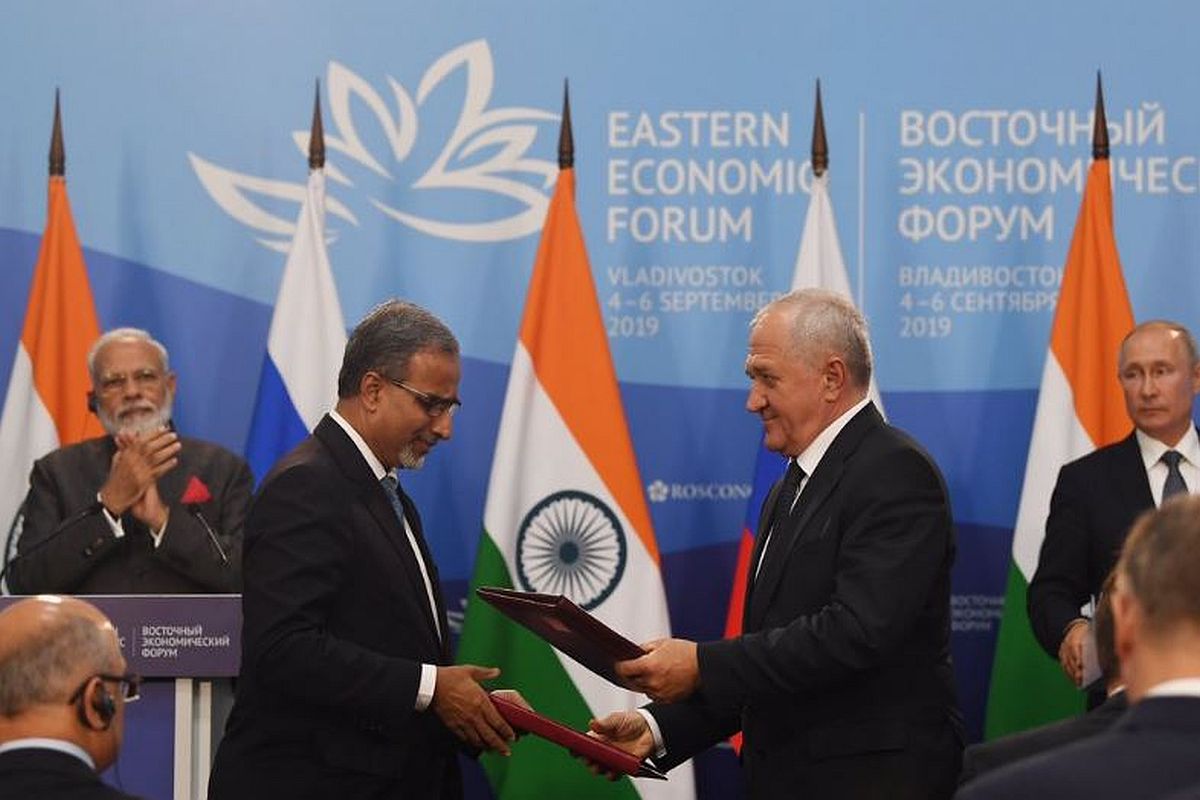 Prime Minister Narendra Modi and Russian President Vladimir Putin witnessed the exchange of 15 agreements ushering in new areas of cooperation including connectivity, deep-sea exploration, space, nuclear energy, among others, at the India-Russia 20th Annual Summit in Vladivostok on Wednesday.

Putin also thanked Prime Minister Narendra Modi for accepting his invitation to attend the celebrations to mark the 75th anniversary of Victory in the Great Patriotic War in Moscow in May 2020.

“I will wait for you,” he said, wrapping up his statement on talks with PM Modi.