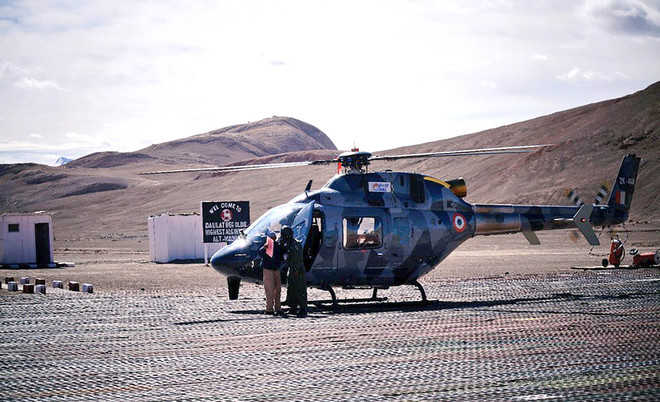 The light-utility helicopter (LUH), produced by Hindustan Aeronautics Limited, has undertaken a flight at 18,000 feet and landed at Daulat Baig Oldie (DBO), the highest-landing ground in northern Ladakh at an altitude of 16,890 feet.

The single-engine copter, in its final stages of development, had undertaken a winter flight at 20,000 feet. The flight to the DBO, landing there and then taking off was part of its summer trials.

The rarity of air at higher altitudes puts pressure on copter engines. Summers are tougher than winter conditions for copter flying hence, the trial was carried out in ‘peak summer’. The certification of the copter has been done and the flight to northern Ladakh was a success, sources in HAL said.