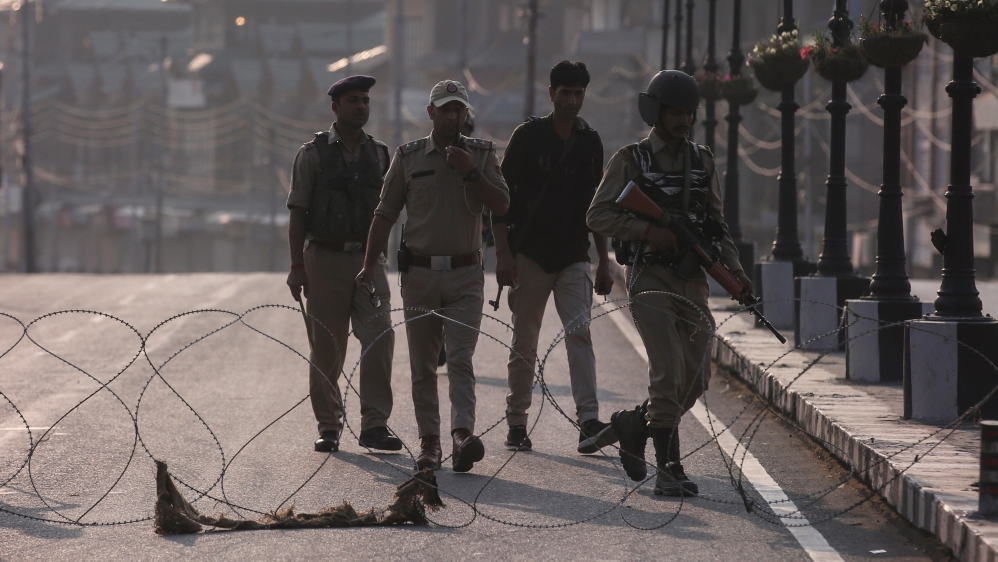 Security Implications of Taking the Bite Out of Article 370

The deed is done. For many citizens of a nation the lament all along had been, we have no policy on Jammu and Kashmir. At best, even if there was a policy beyond appeasing, suiting select stakeholders, it had remained wrapped in a dense fog. The fallouts of the ambiguity had been periodic troughs and crests of disorder and violence. With Prime Minister Modi’s government has revoked Article 370, the policy is out in the open.

Notwithstanding the grit it takes in burying a 70-year-old festering sore, some implications require delving into. The possibility of violent reactions from within Jammu and Kashmir and Pakistan calls for an assessment of possible scenarios likely to be orchestrated. From a macro viewpoint, the reactions could have three major dimensions to include acts of violence within Jammu and Kashmir using resources on our side of the Line of Control; acts primarily using Pakistani military capabilities in concert with its strategic partners – the Jihadi groups and, Pakistani foreign policy overdrives to paint India black.

As far as the possibilities on our side of the Line of Control (LoC) are concerned, the fact that New Delhi decided to move 46,000 additional police forces to Jammu and Kashmir, very clearly indicates that the government expected major disturbances. These could and yet be orchestrated by inimical elements on both sides of the LoC. The rather heavy deployment of forces and communication restrictions imposed, as of now, maybe adequate to keep the lid tight on the event managers in Jammu and Kashmir, however, dilution of force deployment and restoration of communications will throw open more opportunities.

What can definitely be expected in the near term is the staging of demonstrations, especially after weekly congregation at the shrines. However, with communications not easy, these are bound to be localised. These could be followed by stone-pelting to draw a response from the security forces, leading to casualties that would provide an immediate rallying cause. If not controlled vigorously, these isolated incidents could spill over to other areas.

The need of the hour is to ensure that such incidents remain contained and localised, and a situation like we faced after Burhan Wani’s death does not engulf entire districts. The forces deployed will have to be prepared for a long haul. The challenges would be the need to, sooner or later, allow schools and colleges to reopen, have offices functioning normally, lift restrictions on movement and bring about normalcy.

As far as terrorists staging spectacular attacks in the Valley are concerned, all jihadi groups operating in Jammu and Kashmir will be under pressure to stage such activities from their handlers across the LoC. However, heavy deployment of forces and a higher state of alertness constricts the space for major operations. It may be easier to snipe at a lone policeman with more of them on the streets, but the chances of escape after pressing the trigger is also reduced. Suicide attacks are always possible, but there aren’t surely too many volunteers to exploit the option.

As far as the response across the border from Pakistan is concerned, Prime Minister Modi is surely not the man under maximum pressure after having taken such an audacious decision. It’s the Pakistani Army Chief General Qamar Javed Bajwa, who has the steepest hill to climb. His Corps Commanders would have all looked askance when he had summoned them for a meeting the day after Article 370 was revoked. They will want to know how he plans to counter the Indian move. Just back from the US visit, where he met the American officials separately and had Trump offering to mediate on Kashmir, the fallouts of the Article 370 issue could easily liquidate his boast. In any case, the Americans gave away very little but for acknowledging his assistance in bringing Taliban to the table for the seventh time; albeit with little to show so far but a growing mass of Tweets. Of course, we are informed that a big deal is just around the corner.

Notwithstanding Pakistani PM Imran Khan’s apprehensions of an all-out war, a military response, beyond the routine of cross-border firing is hardly a plausible option for Pakistan. Yes, the calibre of weapons used could be heavier, intensity higher, depth of engagements, deeper, however, all of them are not sustainable and would invite punishing riposte from India. However, Pulwama like attacks could be staged without jihadi groups owning responsibility. The fact of Pakistan requiring to get out of the FATF grey list to avail of the IMF loan is a severe constraint for the Pakistani establishment.

Pakistan has already started its diplomatic offensive by taking the issue to international forums. So far, but for the Chinese, no other country has been critical. The Americans and UAE have ‘taken note’ without committing their stance unambiguously. The Sri Lankan Prime Minister has been more to the point. He has welcomed the formation of Ladakh and emphasized that it was India’s internal issue.

There is a need for New Delhi to roll out its diplomatic manoeuvres and ensure that the world views the issue objectively and understands our perspective. The Chinese being critical isn’t exactly a question of supporting all-weather ally – Pakistan. It’s more to safeguard their claims over Indian territory. The FATF (Financial Action Task Force) needs to be kept sensitized. India needs to explain its stance to BIMSTEK (Bay of Bengal Initiative for Multi-Sectoral Technical and Economic Cooperation) countries, EU (European Union), both Russians and Americans, and also West Asian countries. The entire diplomatic corps, globally dispersed will need to dispel any misgivings that governments and international and regional bodies may have.

Revoking Article 370 is the first big step that we have taken. The battle lies beyond it. The Kashmiris have to be won over; not by doles, but jobs, growth and a secure environment. The relentless radicalization undertaken in religious shrines in the Valley will need to be checked simultaneously. The separatists have to be denied funding. In the long run, people of Jammu and Kashmir will find the revoking of Article 370 opening up a much better path to the future for especially the younger generation to traverse. There is already a substantial percentage of the populace in this union territory which perceives the benefits.