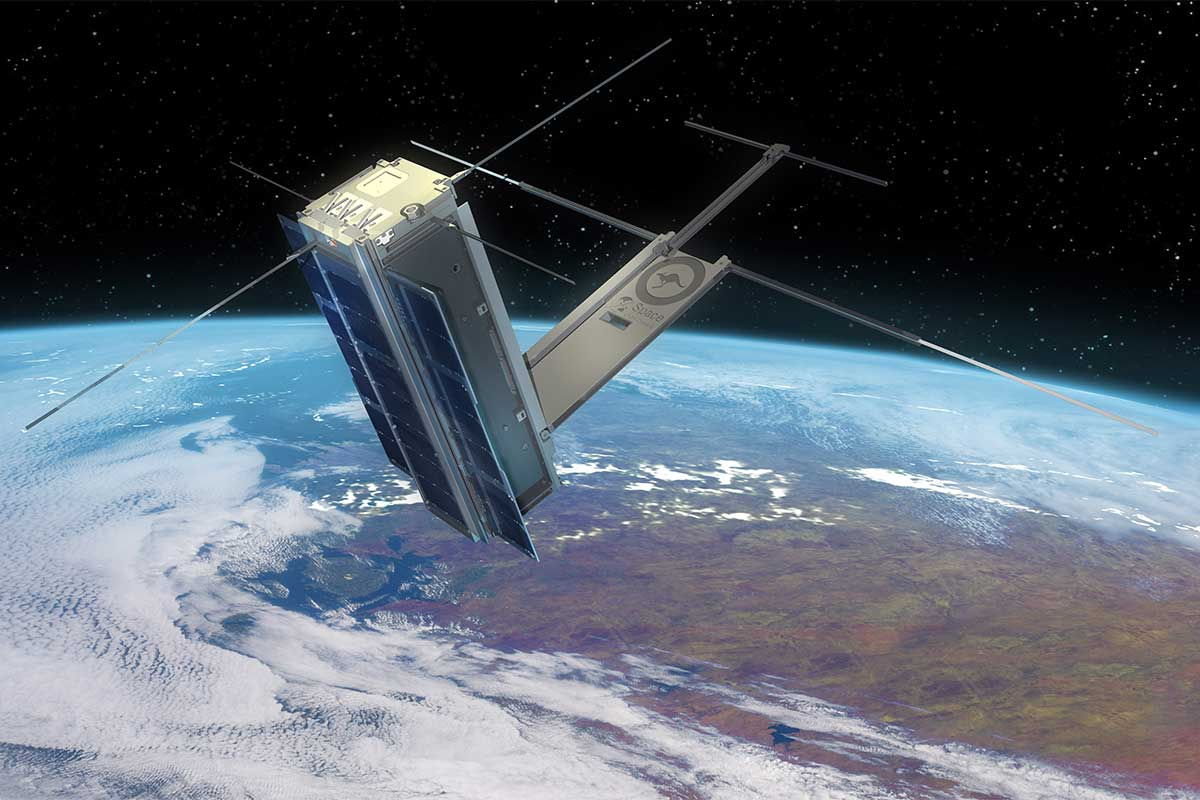 Space Warfare: Need for Legal Bindings in the Last Frontier

A recent media report brought out that there are 2000 active and 3000 dead satellites in space. There are 128 million pieces of junk larger than 1mm. Further, since 1999, the International Space Station has undertaken 25 manoeuvres to avoid collisions in space. Japan has invented wooden satellites which, once they are dead, will burn off on their way when they return to Earth. The author informs on the grim picture emerging in the space.

In recent times, the world has witnessed a flurry of activities in the Space. On 19th July 2020, United Arab Emirates launched an unmanned Mars orbiter “The Hope”. In October 2020, NASA probe Osiris-Rex collected samples from asteroid Bennu and will return in 2023. Japanese asteroid probe Hayabusa 2 launched in 2014 returned on 5th December 2020 with samples from asteroid Ryugu. On 7th November 2020, India launched Earth Observation Satellite. And the Chinese Lunar probe Chang’e 5 launched on 26th November 2020 returned on 17th December 2020 after collecting 1731 grams of lunar soil.

As more countries enter into this new realm and attempt to defend their nation’s security by weaponizing space, there is a growing concern amongst the traditional space powers, namely the US, Russia and China about the growing arms race in Outer Space and the need to have a law curbing Space Arms Race.

The main concerns about Space are the growing ability of the Space powers to destroy satellites of hostile nations and the increasing debris Space is now littered with, threatening other satellites.

Space is an exclusive and a unique domain with its own political, military and human welfare dynamics. Controlling Space exploration and weaponization is easier said than done. Till now there has been little effort to control the arms race in Space. Emerging threats make it an inescapable need.

Increasingly, space capabilities are becoming a crucial factor in the development and security of nations. Advanced armies are increasingly dependent on space data or services for the success of their operations. Use of GPS by armies is an example of dependence on space services. Intelligence gathering, predicting climate, forecasting natural disasters and climate change are enabled by satellites. Operations of the financial world, global transportation and communications are enhanced by systems based on space crafts.

Use of Space as a force multiplier has sparked a race for counter-space capabilities to deceive, deny, and degrade and to destroy space systems. Non-destructive jamming, interference, cyber-attacks and ultimately destruction, are capabilities which the US, Russia, China and India have demonstrated. France, Japan, Iran and North Korea too are active in this sphere.  These technologies are likely to proliferate to other nations, non-state actors and terrorist organisations.

Since 2005 the world has witnessed 20 anti-satellite (ASAT) weapons tests; an alarming acceleration. Besides the ASAT testing, a few other activities in space have raised tensions amongst the space powers. One such is “Rendezvous and Proximity (RPO)” operations. These entail a very close approach and deployment by a foreign space object to our satellite, interfering and threatening own deployment with its proximity or by close approaches and flybys.

Manned RPO for human space explorations have been in vogue since early 1960s but it’s the robotic RPO activities of the last two decades for commercial, civil and military applications which are heightening tensions amongst nations and sooner or later a nation is going to interpret it as hostile and launch an armed attack.

The 1967 Outer Space Treaty bans the placement of nuclear weapons or any type of weapons of mass destruction in the Space but there are no legal restrictions in developing, testing and deploying non-nuclear weapons in the Outer Space.

The Charter of the UN prohibits aggression in Space, as it does on Earth. However, a consensus does not exist which defines the use of force or armed attack against space capabilities or a humanitarian law governing Space. A lack of consensus also exists on military exercises in Space and their RPO activities.

Space is unique. The other domains have a defined parameter, limits and definable potentials but Space is infinite and its exploitation is limited only by the limits of scientific progress. This mandates the need to control the arms race in Space.

Space Arms Control is a new concept and needs acceptance globally. It requires efforts similar to the efforts made by the USA, erstwhile USSR, UK and France to conceptualise and execute Nuclear Arms Control under the aegis of UN which enabled formulating of path-breaking UN laws like NPT, CTBT and now TPNW and Arms Control treaties such as SALT, ABM, START, INF and New START.

Space security challenges have been discussed at multilateral forums but with limited success. Legally binding agreements have no takers in both their proponents and the opponents. The lack of good intent is stark.

Majority of legally binding proposals have emerged in the Conference of Disarmament (CD). Russia and China have been frontrunners in CD for a ban on the weaponisation of Space. They have proposed Treaty on the Prevention of Placement of Weapons in Space, the Threat or Use of Force against Outer Space Objects (PPWT) in 2008. A recent proposal for “no first placement of weapons in space” though not popular has been adopted as a resolution by UN General Assembly in November 2019.

The major disagreements on Space Arms control between major space powers are:

Between 2010 and 2018, the UN Committee on Peaceful Use of Outer Space succeeded in tabling voluntary guidelines for long term sustainability of Space. It brought 90 members together and a consensus was reached on sharing Space Situational Awareness (SSA) data, reducing orbital debris, space weather information and in developing national policy and regulatory frameworks. US, Russia and their allies contested the inclusion of security issues in sustainability discussions and opposed making the guidelines binding.

In August 2020, UK proposed in the UN General Assembly a different approach to Space security. UK called for member states to identify and submit to the UN, both “responsible” and “threatening behaviours” in Outer Space. The proposal survived a Russian challenge and has been adopted in November 2020.

The above-mentioned efforts notwithstanding, the need to control arms race in Space is gaining urgency with each passing day with new players emerging in this field.  The way forward can be:

The prospect seems to be dim but the US, Russia and China can take the steps to improve Space security and stability. They can start by defining what amounts to military activities and which behaviour is threatening. These definitions are a must as unlike on Land, Space is an infinite medium where verification of intent is at the best nebulous, leading to claims of its peaceful intent and counterclaims.  Such discussions have been undertaken in evolving Nuclear Non-Proliferation Treaty, Incidents at Sea Agreement, Intermediate-Range Nuclear Force Treaty; all amid the Cold War.

As in the case of the above-mentioned treaties, clarifying reasons for secret rendezvous missions and proximity deployment, providing prior information of upcoming activities, can help to mitigate tensions.

These three nations can also take the initiative to impose a voluntary moratorium on debris-creating ASAT testing. They can also agree on open verification mechanisms where the requesting nation when in doubt can carry out a joint inspection of a suspected foreign site along with the host nation.

Voluntary moratoriums and verifications amongst the top three will send a powerful signal to the other Space powers and those who are aspiring to be so. It can lead to a slowdown in the Space Arms Race, with these three punishing the violators with economic and other forms of sanctions. Its success and the voluntary entry of other Space powers into this agreement can be a harbinger to a legally binding agreement as was the case in NPT and CTBT.

Finally, these three nations and the world must realise that Space is a medium which shares commonality with other forms and means of warfare such as nuclear arms, conventional ballistic missiles, Information Warfare and Cyber Warfare. But for nuclear arms, all others are unregulated today. The world is seized of the fact that such hard and soft weapon systems need to be reined in. In doing so, the aspects of Space as a medium to propagate them must be integrated with legal bindings to curb them.

In the realm of national security, agreeing to legal bindings on Space Arms Race may affect the defence systems which take inputs from satellites like the Anti-Missile Defence System. The ban on the use of ASAT may render a country susceptible to a first strike which otherwise may have been negated by destroying the missile guidance satellites or the target tracking satellites, by own ASAT.

Difficult decisions will have to be taken in reaching a consensus to frame legal bindings. A balance has to be achieved after evaluating the consequences of not limiting weaponization of Space and the benefits it accrues otherwise to the planet.

Peace and stability in the world are dependent on the national policies of the US, China and Russia and it’s they who can make peaceful use of Space and its de-weaponization a reality.

India tested its ASAT weapon on 27 March 2019 becoming the fourth nation in the world after US, Russia and China to do so. For India, the growing power of China and Pakistan, its two nuclear-armed belligerent neighbours in their Nuclear Arms delivery systems, conventional ballistic missiles, Information and Cyberwarfare systems make it imperative for to pursue its Space programme to strengthen its national security. If and when the legal bindings on Space Arms Race are initiated by the UN, India must ensure equitable participation. It should not oppose the adoption of the legal bindings as a UN law. Concurrently, India should continue its quest to reach a comparable threshold in the Space Arms Race, before signing the Treaty.  It should also ensure that China and Pakistan are cosignatories to the UN Treaty and then only sign it, as it has done on NPT to date.