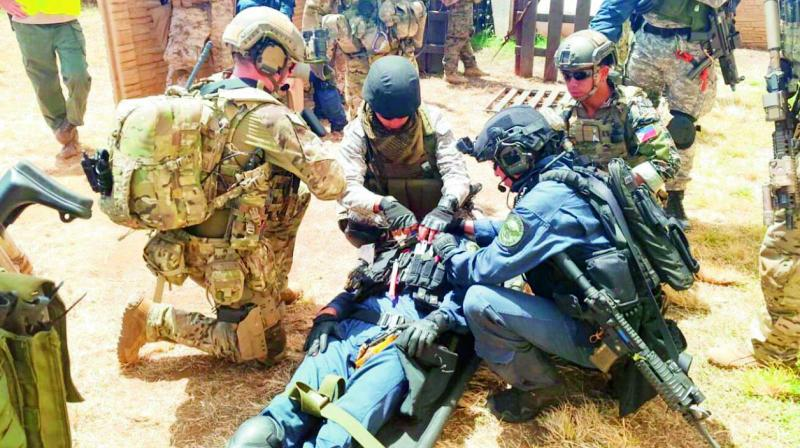 India has initiated the process of setting up a tri-services Armed Forces Special Operations Division by appointing Maj. Gen. A.K. Dhingra as its first chief.

Armed Forces Special Operations Division (AFSOD) will have about 3,000 commandos.

These will be derived from special forces of the Army, Marine Commandos (Marcos) of the Navy and Garuda commando force of the IAF.

These special forces will be mostly used during war times to hit and cripple enemy’s key infrastructure and anti-terrorists operations. It will be a specialised force as it will draw from the expertise of all the three services — Army, Navy and Air Force.Read More…