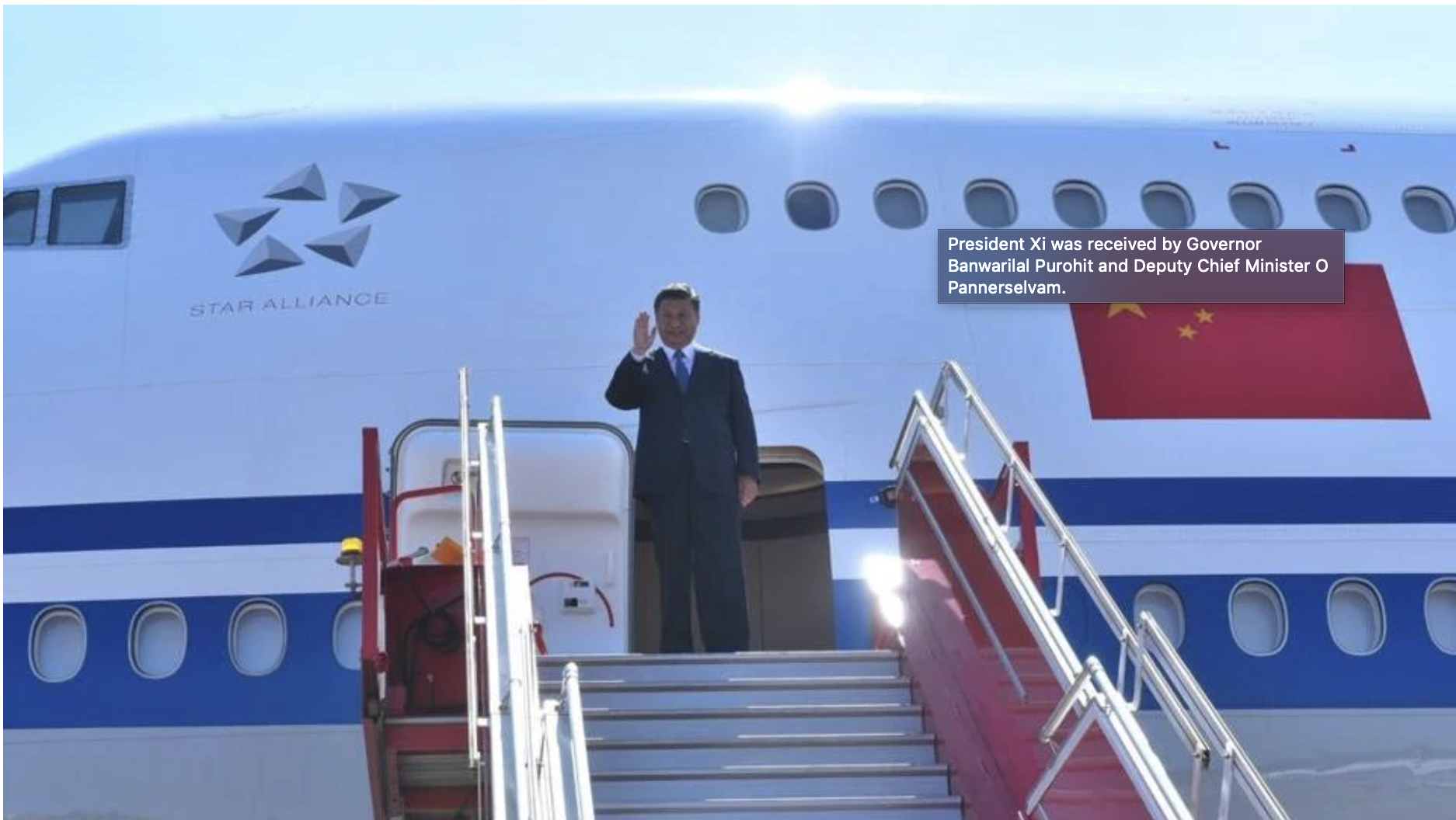 Chinese President Xi Jinping landed to a red-carpet welcome at the Chennai airport for an unscripted summit with Prime Minister Narendra Modi that has been described by New Delhi as “unparalleled”. President Xi’s informal summit with PM Modi at a seaside resort of Mamallapuram is expected to rebalance ties strained by Beijing’s stand on changes made to the status of Jammu and Kashmir and its support to Pakistan.

PM Modi, who had reached Tamil Nadu a few hours earlier, took a chopper to Mamallapuram on the outskirts of Chennai where he will receive the visiting dignitary later in the evening.

“Welcome to India, President Xi Jinping!,” PM Modi tweeted minutes after President Xi landed in Chennai. This was his second message for the Chinese President. Earlier, PM Modi had tweeted his welcome in three languages, Engilish, Tamil and Mandarin: “It is gladdening that Tamil Nadu will host President Xi Jinping. May this Informal Summit further strengthen ties between India and China”.