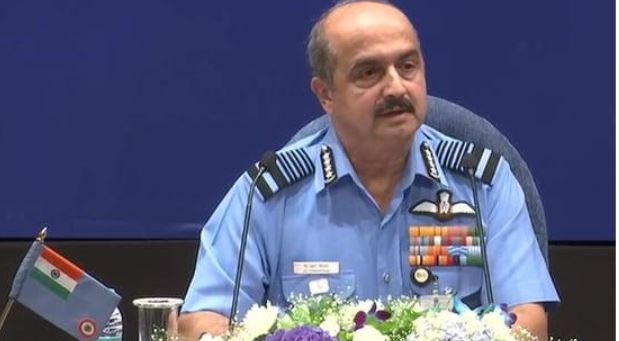 In a deliberate statement on the Indian Air Force’s stand on the issue of integration and the process of theaterisation of armed forces, the newly-appointed Air Chief Marshal VR Chaudhari said, “The IAF is keen on integration among the Armed Forces. The joint planning and execution of operations by the three Services will result in maximisation of our net combat capability”.

Addressing his first press conference after taking over as the Chief of Air Staff (CAS) he further said, “As an air force, we are fully committed to integration and joint-manship. The points articulated by my predecessor stressed that structures and processes should cater for future warfare. The strength of each force should be taken into count. Deliberations and discussions are going on in this regard. We are hopeful the ultimate structure that will emerge will cater for jointly planning for operations at all levels”.

Air Chief informed that the Russian-made S-400 surface-to-air missile defence system will be inducted “within this year”. When asked about the Chinese Air Force’s competence in Ladakh, he said that China’s capability to launch multiple high altitude missions would remain weak adding that “The induction of Rafale, Apaches have significantly added to our combat potential. Our offensive strike capability has become even more potent with the integration of new weapons on our fleets,” said IAF Chief.

“With regard to airfields in Pakistan and Pakistan-occupied Kashmir, we don’t need to be much alarmed as they are small strips capable of taking on a few helicopters. The one towards the Afghan border is probably for rescuing their own people from Afghanistan,” he said. Commenting on the China-Pakistan partnership and the possibility of a two-front war, the IAF Chief said that there is “nothing to fear from this partnership”, barring the issue of “western technology passing from Pakistan to China”.

He said that the IAF is in the process of acquiring new combat systems to ensure that we retain an edge over our adversaries. “We are on the verge of getting six Light Utility Helicopters from the Hindustan Aeronautics Limited (HAL). India would have around 35 fighter squadrons by the next decade in view of the phasing out of old aircraft and induction of new aircraft, IAF Chief said. “We are making efforts to work on indigenous anti-drone capability for a long time,” he added. He further informed that the IAF will soon give out contracts to start-ups to develop swarm drones for the Air Force, based on a competitive evaluation process.

“Our 5th Generation fighter aircraft requirement would be met by the AMCA (indigenous fifth-generation aircraft) being developed by the DRDO and would match the capability across the border,” Chaudhari said.

Touching upon the repeated MiG-21 mishaps, the IAF Chief said that the country currently has four squadrons of the fighter aircraft and “the drawdown will happen in the next three to four years”.

Chaudhari took over the command of the Indian Air Force as its 27th Chief from RKS Bhadauria on 30 September. An ace fighter pilot, he was earlier in charge of the Ladakh sector also, during the peak of the crisis with China. After taking over as the Chief of Air Staff Air Chief Marshal VR Chaudhari addressed his first press conference as a prelude to the IAF’s 89th Annual Day Celebrations scheduled on 8 October.