Pursuit of indigenization in defence production and extending frontiers of domestic technology. 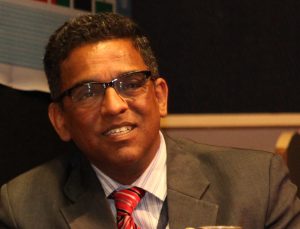 Nitin A. Gokhale, one of South Asia's leading Strategic Analysts, is a renowned author, media trainer and founder of a specialised defence-related website BharatShakti.in, focused on supporting and encouraging India’s quest for self-reliance in defence.

After working for 32 years as a media practitioner across print, web and broadcast mediums, in December 2014, he decided to become a full-time author and part-time media entrepreneur.

Author of six books so far on insurgencies, wars and conflicts, he is a popular speaker and resource person at various seminars and symposiums on civil-military relations, insurgency/terrorism and military-media relations.

​His latest book, Securing India The Modi Way, detailing the security policies of the Modi government published in September 2017, is now a best seller.

Apart from being an author, Gokhale is visiting faculty at the National Defence College, the Army, Air Force and Naval War Colleges, the Defence Services Staff College, the College of Defence Management and the IB's Intelligence School.​

During his three decades plus media career, Gokhale has lived in and reported from India’s north-east for 23 years focusing on different insurgencies there, has covered the 1999 Kargil conflict between India and Pakistan and has also reported from Sri Lanka the Eelam War IV besides extensive writing on

In his last job with NDTV’s Security and Strategic Affairs Editor, Gokhale was in charge of reporting on the Prime Minister’s Office, the Defence Ministry and the Home Ministry. He now appears on National Television as a commentator and writes regular columns on popular websites besides running his own blog, NewsWarrior.

Neelanjana Banerjee - Head of Communications
Neelanjana Banerjee is a Broadcast Media Specialist with over 17 years of cross-media experience in designing and producing content for television, radio and online media. Having held a wide range of roles in various aspects of electronic media, she has successfully executed the launch of media projects in India as well as Bangladesh.
She is a multifaceted professional and has an in-depth and hands on experience in broadcast content, programming, media production, channel / product launch, TV and radio skills training and online content.
She has also been a news and programming anchor on national television and is a corporate anchor too. Recently, she has forayed into film-making and has made a couple of documentaries on poverty alleviation of the urban and rural poor. Neelanjana was awarded the Chevening Gurukul fellowship in Leadership & Excellence from King's College, London in 2016. 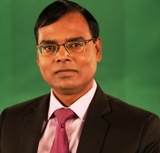 Ravi Shankar - Associate Editor
Ravi Shankar has over two decades of experience in communications, print journalism, electronic media, documentary film making and new media.
He makes regular appearances on national television news channels as a commentator and analyst on
current and political affairs. Apart from being an acknowledged Journalist, he has been a passionate newsroom manager bringing a wide range of journalistic experience from past associations with India’s leading media conglomerates (Times of India group and India Today group) and had led global news-gathering operations at world’s biggest multimedia news agency- ANI-Reuters. He has covered Parliament extensively over the past several years. Widely traveled, he has covered several summits as part of media delegation accompanying the Indian President, Vice President, Prime Minister, External Affairs Minister and Finance Minister across Asia, Africa and Europe.

Rohit Pandita - New Technology and Social Media Manager
Rohit is armed with a Masters degree in Convergent Journalism from MCRC, Jamia Millia Islamia. He is proficient in handling the various aspects of electronic and online media.
He is adept at Premier Pro CC and FCP editing software. He has worked on all kinds of DSLR cameras and single mirror cameras.
He is also an avid photojournalist. 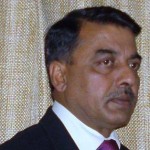 Brig S K Chatterji (Retd) - Editor
He was commissioned into the Regiment of Artillery after having graduated from the Indian Military Academy. A graduate of Defence Services Staff College, and Senior Command course at the Army War College, he commanded a medium artillery regiment in high altitude area, an artillery brigade in deserts, and a Corps artillery brigade in intense counter insurgency environment in Kashmir Valley.
A prolific writer, the officer has written a book: Vintage Guns of India.
Recently, he has co-authored the book: Home of the Brave. History of Rashtriya Rifles.

He has over 300 articles on various subjects in newspapers and military magazines in India, US, Canada, Singapore and Hong Kong.

He has also, edited the book: The Guardsman; and drafted the Regiment of Artillery History.