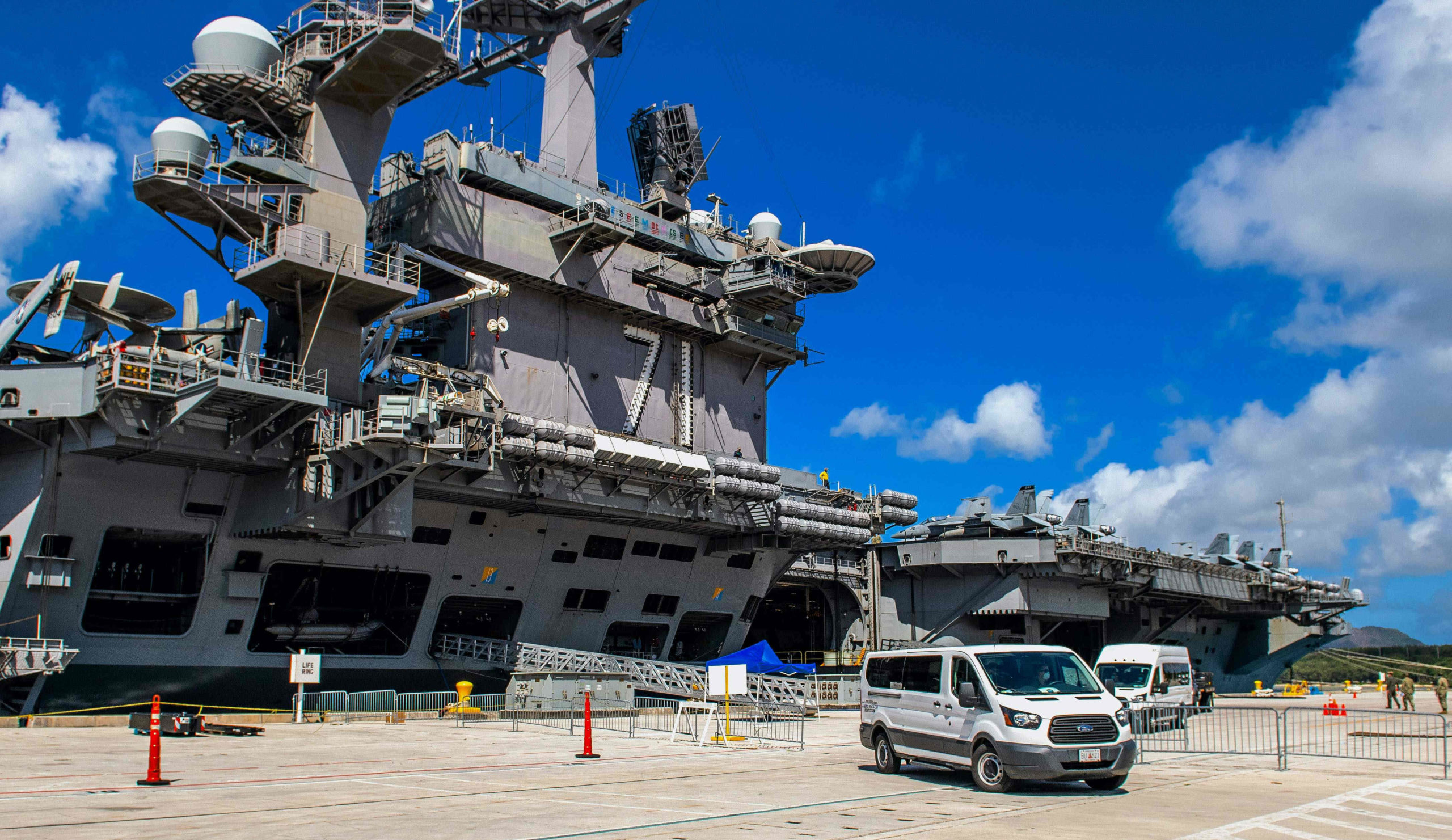 This post has been updated to correct how long a sailor, who has since died, was in the intensive care unit in a U.S. Navy hospital on Guam.

More than one out of ten sailors assigned to USS Theodore Roosevelt (CVN-71) have tested positive for COVID-19 as the Navy continues to isolate the infected sailors from the rest of the crew.

The service has tested 92 percent of the sailors assigned to Roosevelt and discovered 585 positive cases of the virus. 3,724 sailors have tested negative since the carrier pulled into Guam last month, the Navy announced Sunday.

In total 3,967 sailors have been moved to shore on Guam and are all in various stages of a 14-day isolation period in hotels and spare rooms across the island Read More…