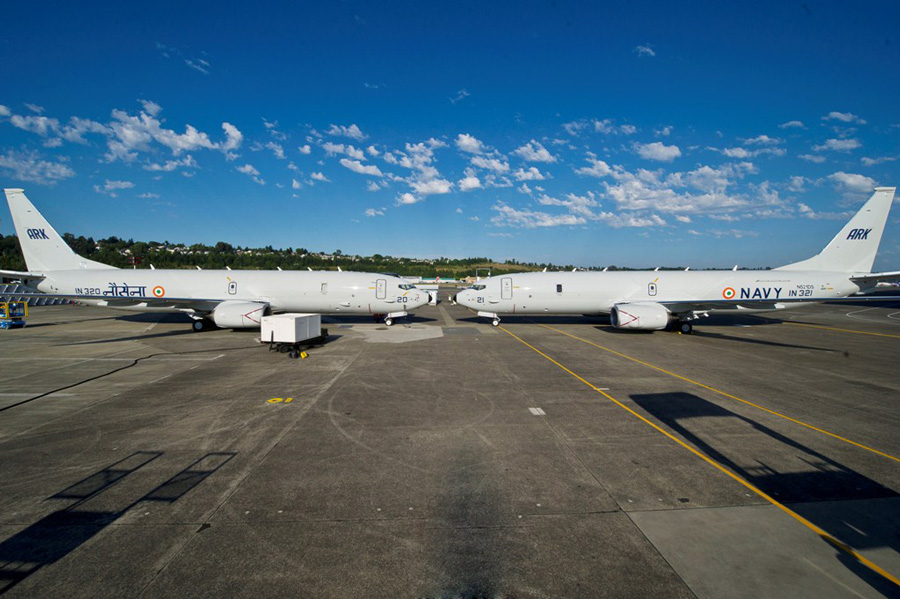 “This dramatically increases the scope and scale of Maintenance, Repair and Overhaul (MRO) undertaken in the country and demonstrates both the companies’ commitment in helping make India Aatmanirbhar in aerospace and defence,” said a statement issued by Boeing India.

Demonstrating India’s capabilities for Maintenance, Repair and Overhaul (MRO) on key defence platforms, Surendra Ahuja, Managing Director, Boeing Defence India, said, “We are proud to build on our existing collaboration with Air Works that enables us to generate significant value for our defence customers in India, and contribute towards the Government’s vision of making India an MRO hub for the region. The ongoing satisfactory execution of heavy maintenance checks on three P-8I platforms concurrently by Air Works is a remarkable achievement.”

Boeing’s strategic collaboration with Air Works was an important first step under the Boeing India Repair Development and Sustainment (BIRDS) hub launched last year. The BIRDS hub envisions a collaboration with key local companies and businesses to develop India into an aviation and defence repair and sustainment hub, according to the statement.

“The heavy maintenance checks on the Indian Navy’s P-8I complement our vision of creating stronger and sustainable MRO capabilities, within the country. Maintaining such mission-critical platforms for the nation’s defence forces is a matter of immense pride for Air Works. At the same time, it also reflects the “coming-of-age” or maturing of indigenous MRO capabilities in aviation, defence and aerospace, which can deliver huge advantages for the country. We thank Boeing for their trust in us and look forward to expanding our strategic partnership to eventually deliver operational excellence on other critical platforms of our defence forces to their complete satisfaction,” said D Anand Bhaskar, Managing Director & CEO, Air Works Group.

The Boeing and Air Works collaboration has already been enabling faster turnarounds and enhanced operational capability within the country for the country’s key defence platforms. The partnership began with the first P-8I aircraft Phase 32 checks, and has grown to include Phase 48 checks and MRO on the landing gear of the Indian Air Force’s 737 VVIP aircraft, the statement stated.