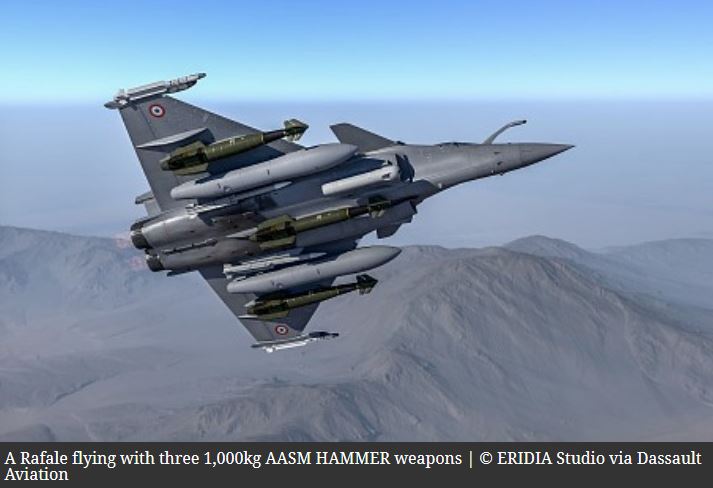 French defence company Safran has announced that it has successfully completed two ‘separation’ tests of a heavy version of the AASM smart munition from a Rafale fighter. The AASM (Armement Air-Sol Modulaire) is also known as the HAMMER (Highly Agile Modular Munition Extended Range).

A separation test involves the release of a weapon or aircraft component in flight to ensure it clears the launch platform safely. Separation tests are a necessary precursor to start of trials of the weapon itself.

A press release from Safran on Friday announced the tests of the 1,000kg variant of the HAMMER were conducted at the French defence procurement agency’s Cazaux flight test centre in southwest France.

The 1,000kg version of the HAMMER would be the heaviest weapon to be deployed on the Rafale, with exception of the Scalp cruise missile, which weighs around 1,200kg.

Safran stated the first live firing tests of the 1,000kg version of the HAMMER—which would involve validation of the weapon’s sensors and range—would be conducted in 2021 before the system is qualified for service entry by 2022.

Like the Israeli-supplied SPICE smart bombs that the Indian Air Force used in the Balakot attack last year, the AASM HAMMER is actually an add-on kit to an existing ‘gravity’ bomb.