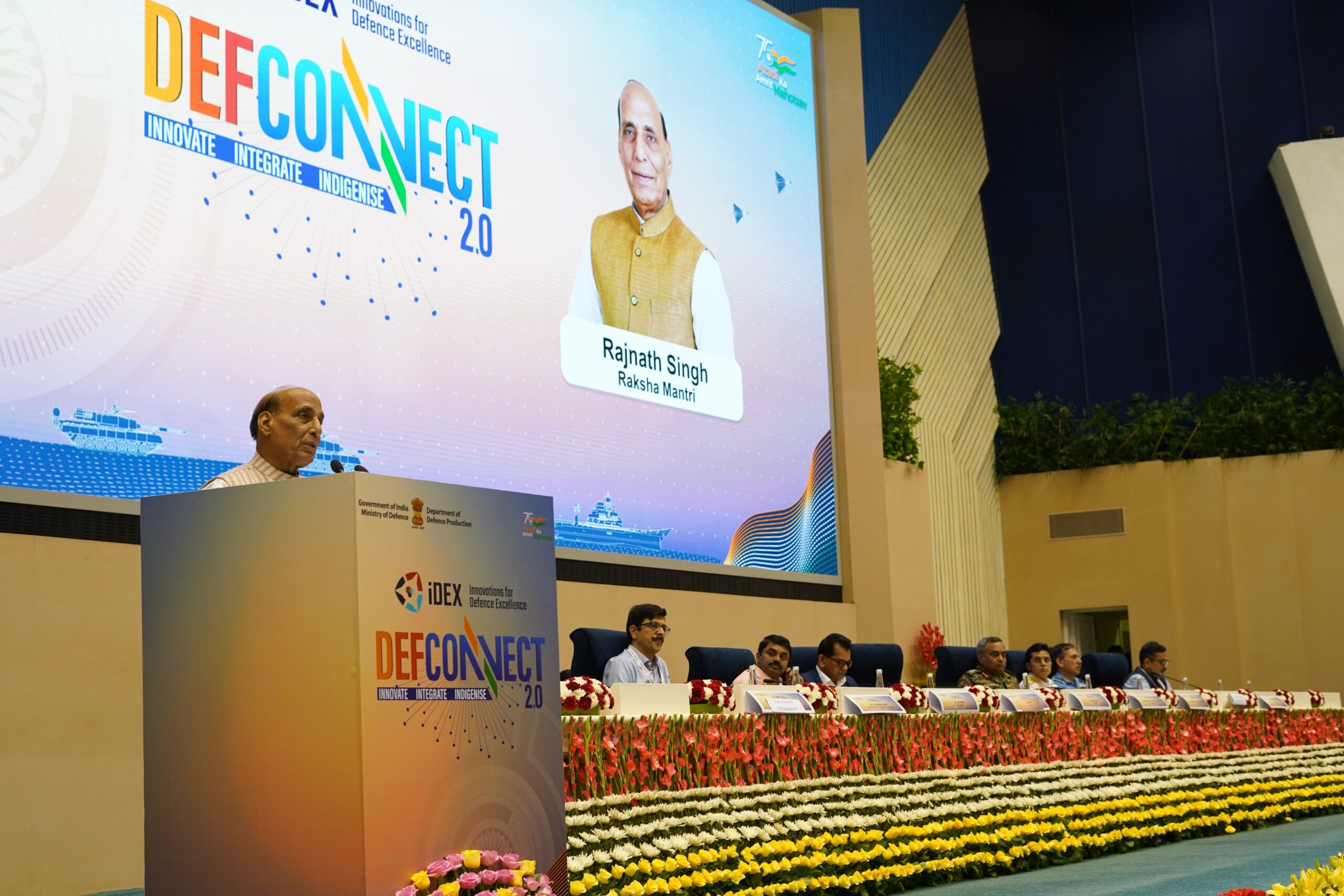 Inaugurating DefConnect 2.0 on Friday at Vigyan Bhawan in New Delhi, Defence Minister Rajnath Singh called it a symbol of India’s increasing technological prowess and a celebration of the continuous growth of the Indian defence start-up ecosystem. It is indicative of the success of the iDEX initiative, which has helped in the development of many new and indigenous technologies, he added.

DefConnect 2.0 was a one-day event to bring together start-ups, big companies and armed forces personnel to boost indigenous innovation in the defence sector, organized by the Innovations for Defence Excellence (iDEX), Defence Innovation Organisation (DIO), under the aegis of the Department of Defence Production (DDP), Ministry of Defence (MoD), Government of India (GoI). 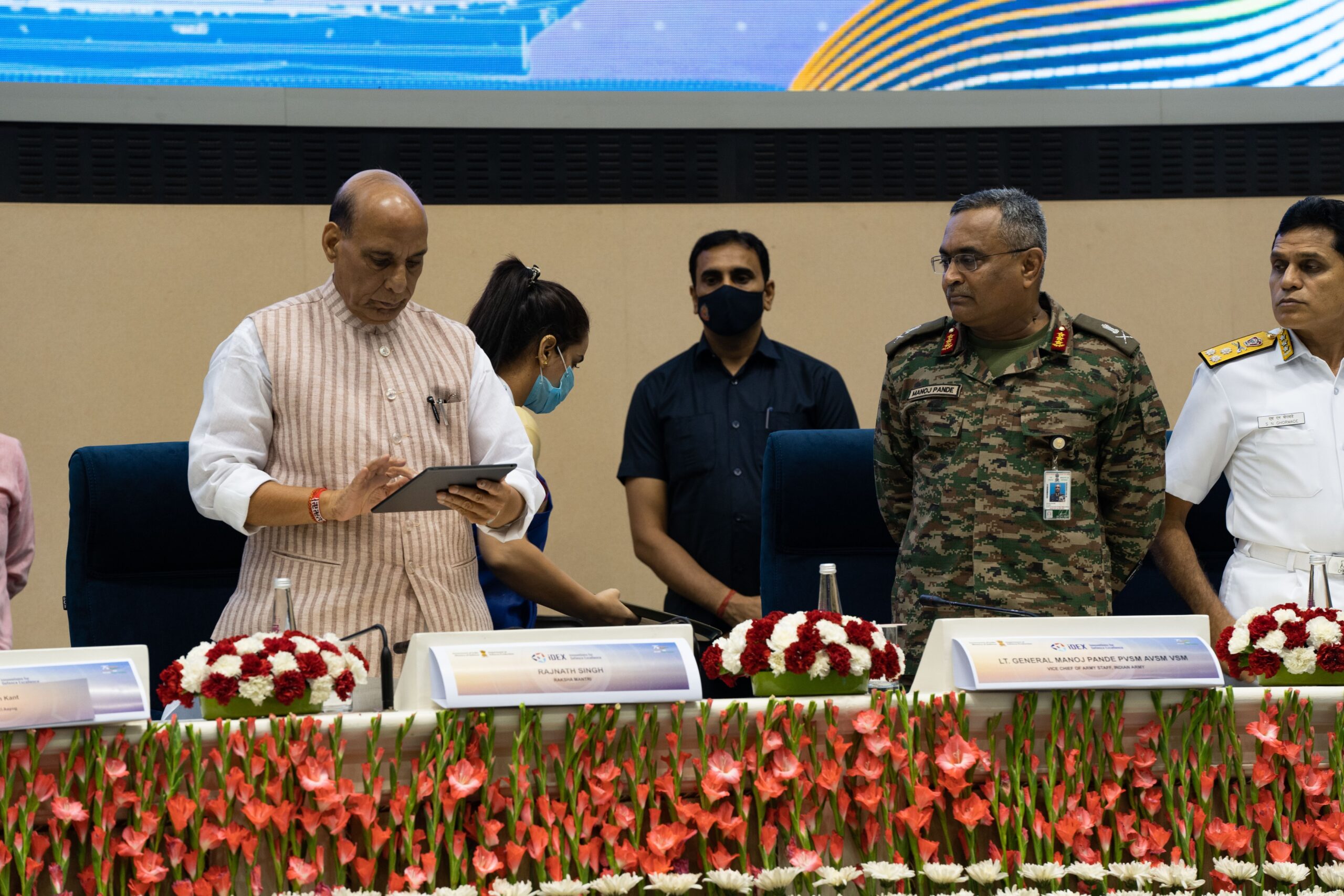 DISC 6 with 38 problem statements was also launched by Defence Minister. Apart from the three Services and some Defence Public Sector Undertakings (DPSUs) which have participated in earlier editions, DISC 6 witnessed the participation of seven newly-formed defence companies, the Indian Coast Guard and organisations under the Ministry of Home Affairs for the first time. The Problem Statements relate to Artificial Intelligence (AI), Advanced Imaging, Sensor Systems, Big Data Analytics, Autonomous Unmanned Systems and Secured Communication among others.

The Minister also stressed the need to continuously strengthen all sectors, especially the security apparatus of the country to deal with challenges that may emanate from the fast-changing world order.

“Every new threat is becoming more complex and challenging than the previous one. After the COVID-19 pandemic, the world is now witnessing the Ukrainian conflict. We have also witnessed instability in the Middle East, Afghanistan and now in Pakistan. One way or the other, such events impact our country as well. There is a need to equip the country in every area to ensure peace and stability. The development of disruptive technology is a key requirement to handle new threats and challenges of the future,” he added.

Singh also termed the private sector, individual innovators, start-ups and MSMEs as the strong pillars of ‘Aatmanirbhar Bharat’ as envisioned by Prime Minister Narendra Modi. He urged them to imagine, innovate and develop new defence technologies and ensure uniqueness in each one of them. He also listed the measures taken by the government such as earmarking 68 per cent of the capital procurement budget for domestic procurement to promote ‘Aatmanirbharta’, reserving 25 per cent of the defence R&D budget for private industry and start-ups, and the recent release of the third positive indigenisation list of 101 items. 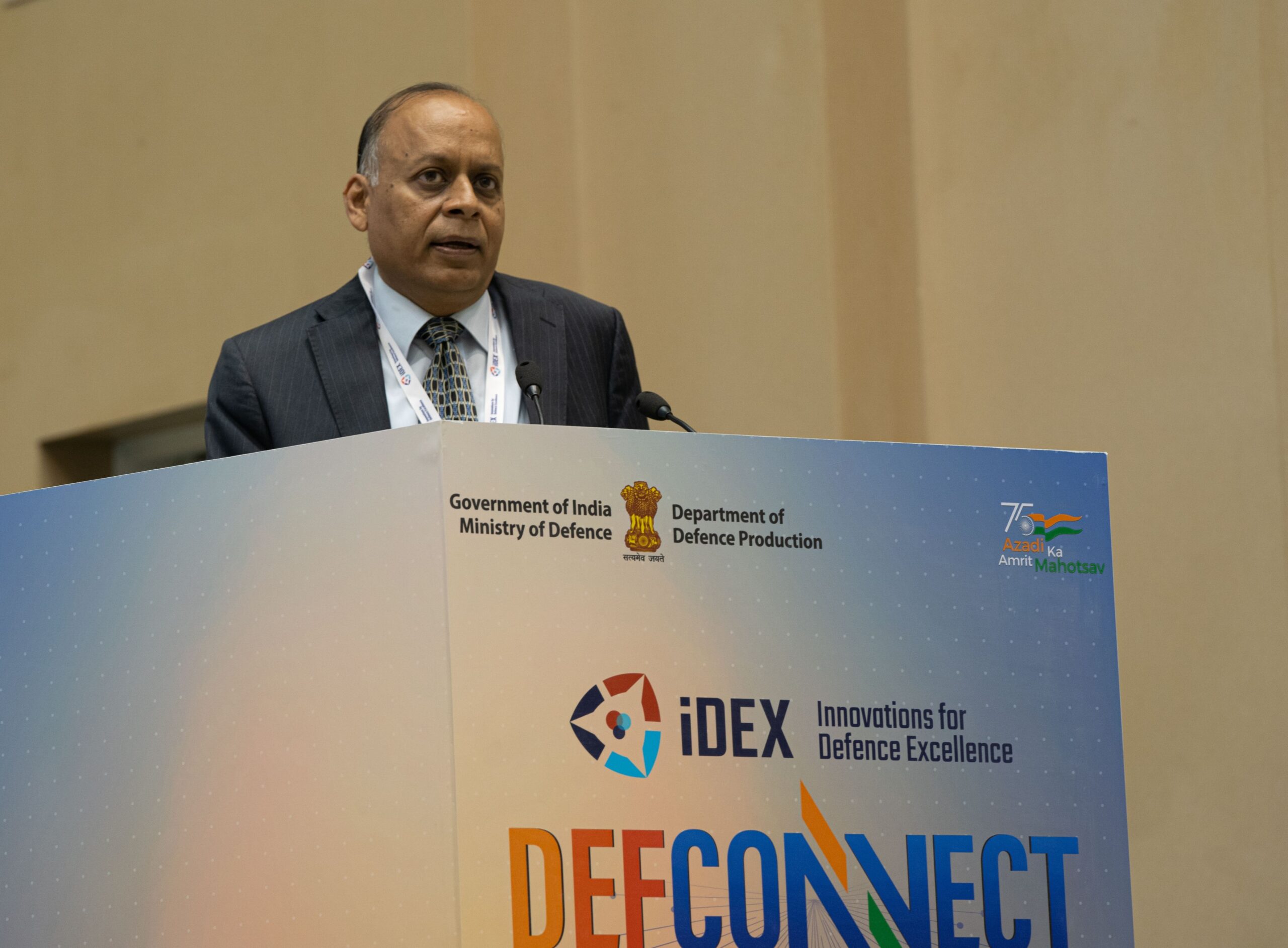 Speaking at the event, Defence Secretary Ajay Kumar gave due credit to the start-ups for the success of the iDEX initiative. He, however, exhorted them to continuously strive to develop homemade technologies and bring them to par with international technologies. Kumar lauded the Armed Forces for their continued support and faith in iDEX but also urged them and the DPSUs to come up with more challenges for the start-ups, which can strengthen the defence ecosystem.