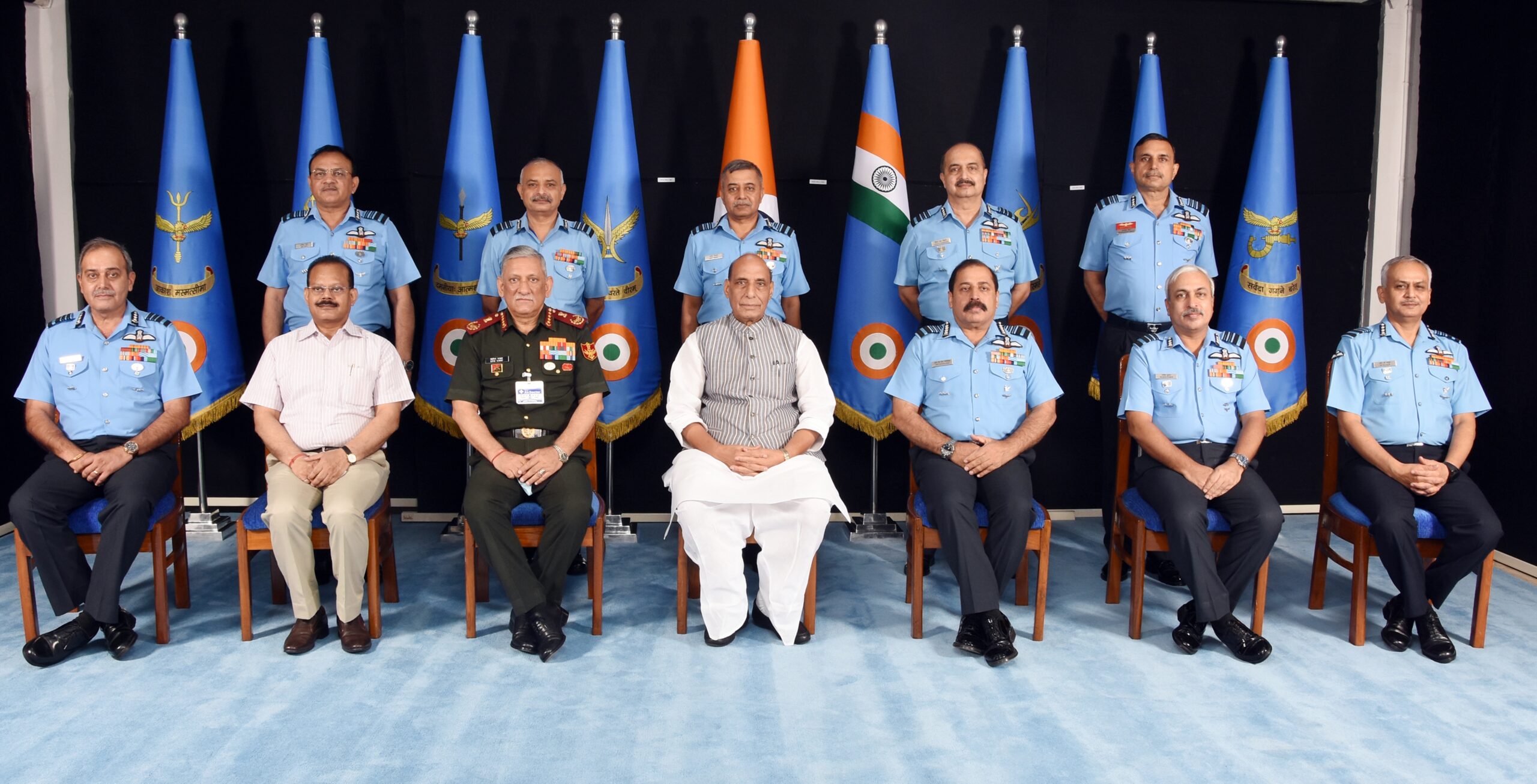 The Indian Air Force bi-annual commanders’ conference gets underway for the comprehensive review of security challenges facing India, including along the Line of Actual Control, the site of ongoing military standoff between India and China. The three-day conference was inaugurated by Defence Minister Rajnath Singh on the opening day in the capital.

Addressing the top Commanders, the Minister lauded the role and efforts of the IAF for ensuring a timely and befitting response to the sudden developments in eastern Ladakh. He advised the Commanders to draw up long term plans and strategies for capability enhancement to counter future threats and appreciated the critical focus of IAF towards reorienting for the future.

Referring to changing international geopolitics, Singh observed that the perceptible shift of focus from Trans-Atlantic to Trans-Pacific has become more obvious in the recent past. Changing dimensions of war would now include advanced technologies, asymmetric capabilities and info-dominance, and it was very important that the IAF’s preparations for the future must include these aspects.

Reiterating the Prime Minister’s vision of ‘Self Reliance’, the Minister stressed on the need to promote Atmanirbharta in Defence Infrastructure. He added that the IAF’s order for LCA would result in a substantial boost to the domestic defence industry and will be a game changer from the indigenisation perspective. He urged the Commanders to continue their efforts for achieving even greater results in the field of indigenous defence production and aircraft maintenance.

He urged the Commanders to take stock and implement all directions issued by the PM during the Combined Commanders’ Conference. He stressed the need to continue to work proactively towards the integration process currently underway, implementation of the joint logistics plan and enhance synergy in areas of joint planning and operations.

In his closing remarks, Singh assured the air force commanders of the wholehearted support from the Ministry of Defence (MoD) in achieving the goal of being a potent ‘Strategic Aerospace Force’. He expressed confidence that important decisions taken during the conference would enhance the combat potential of the air force.

The top Commanders’ Conference will conclude on 16 April. The status of strengthening current combat capabilities and the action plan for making IAF a future-ready combat force would be examined. Issues pertaining to systems, reforms and restructuring for ensuring more efficient processes across all domains and optimised operational training will also be discussed, according to a statement issued by the MoD.