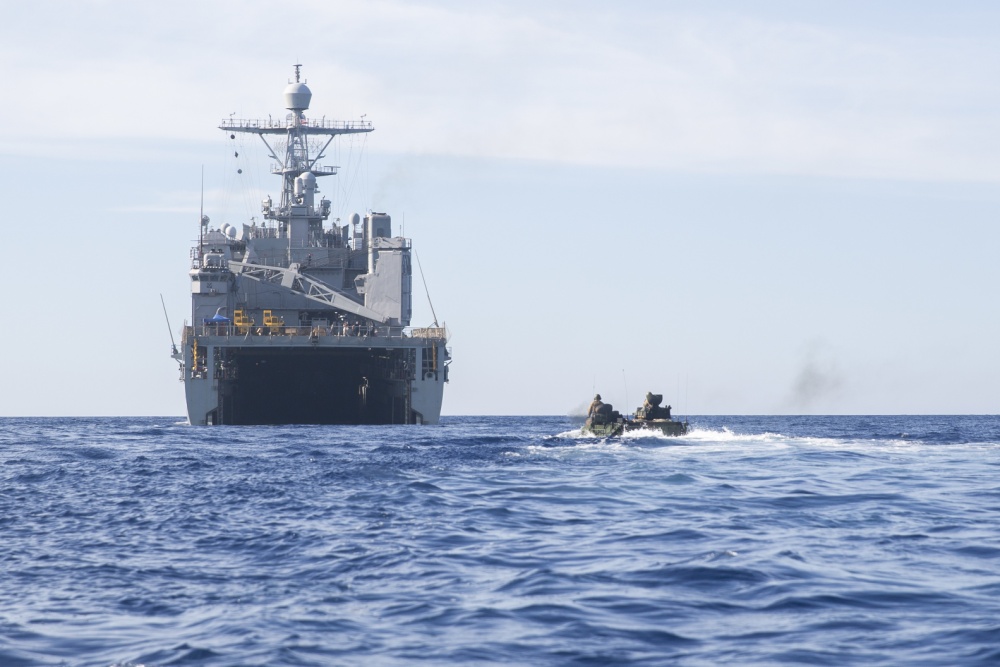 In consonance with the growing partnership between India and the US, the maiden India US joint Tri services Humanitarian Assistance and Disaster Relief (HADR) Exercise named ‘TIGER TRIUMPH’ is scheduled on the Eastern seaboard from 13 to 21 Nov 19. Indian Naval ships Jalashwa, Airavat and Sandhayak, Indian Army troops from 19 Madras and 7 Guards, and Indian Air Force MI-17 helicopters and Rapid Action Medical Team (RAMT) would be participating in the exercise. The US would be represented by US Navy Ship Germantown with troops from US Third Marine Division. The Exercise is aimed to developing interoperability for conducting HADR operations.

The Harbour Phase is scheduled at Visakhapatnam from 13 to 16 Nov 19. The Opening Ceremony along with a Joint Flag Parade and Media Interaction will be held onboard INS Jalashwa on 14 Nov 19. Personnel from both navies would also participate in Training Visits, Subject Matter Expert Exchanges, Sports Events and social interactions. On completion of the Harbour Phase, the ships, with troops embarked, would sail for the Sea Phase and undertake Maritime, Amphibious and HADR operations. On reaching the HADR area at Kakinada, the landing of Relief Forces would be undertaken to the Exercise scenario.

At the HADR Exercise Area, a Joint Command and Control Centre, would be established jointly by the Indian Army and US Marines. The IAF RAMT and the US Navy Medical Team would establish a Medical Facility Camp for providing medical aid to victims, who would have been previously evacuated by road and air to the Camp. The Exercise would culminate with a Closing Ceremony onboard US Naval Ship Germantown on 21 Nov 19.