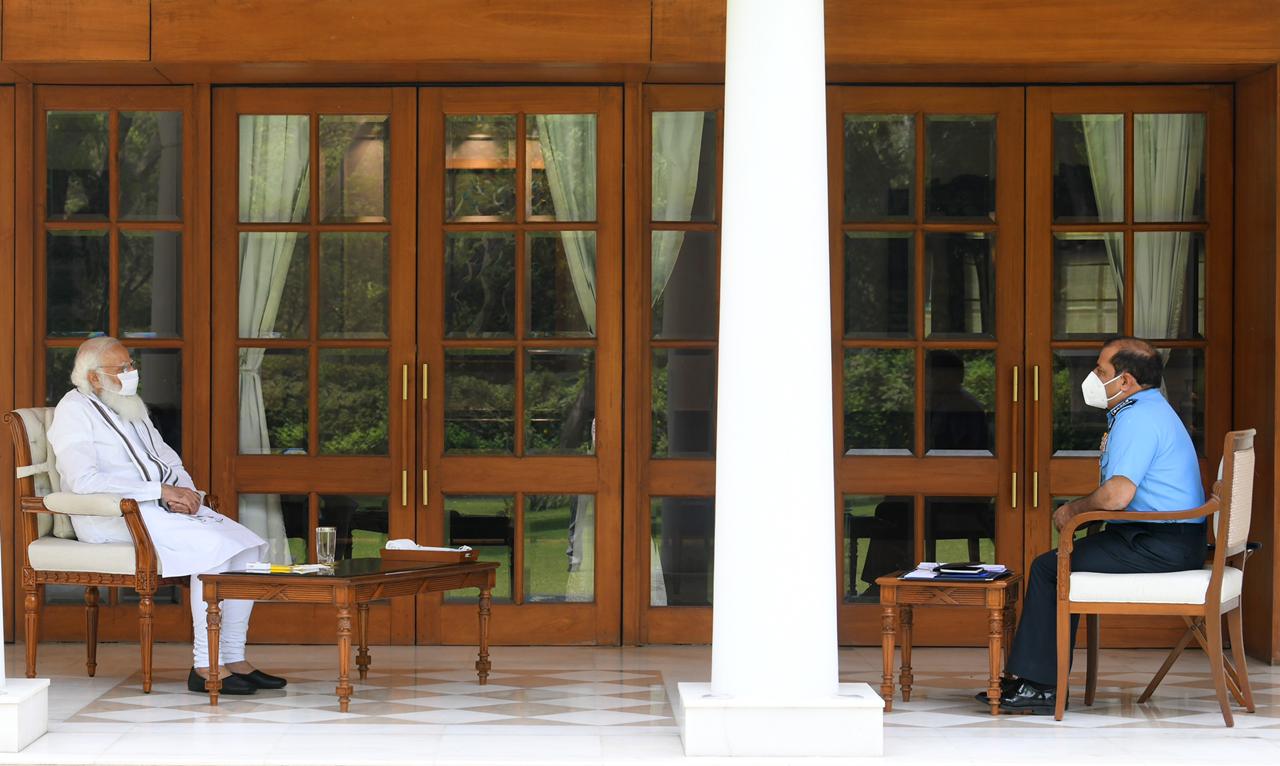 With a dire COVID-19 situation unfolding in India, characterized by record-breaking daily spike in infections and acute medical Oxygen shortage, the Prime Minister, on 28 April, reviewed the pandemic related operations by the Indian Air Force (IAF). Air Chief Marshal RKS Bhadauria briefed the PM on the efforts being undertaken by the IAF to tide over the Oxygen crisis in the country.

The Air Chief Marshal informed the Prime Minister that the IAF has ordered 24×7 readiness of the entire heavy-lift fleet and substantial numbers of the medium-lift fleet to operate in a hub and spoke model to rapidly meet all COVID-19 related tasks across the country and overseas. Aircrew for all fleets have been augmented to ensure round the clock operations, according to the official statement.

The Air Chief informed that IAF is deploying big as well as medium-sized aircrafts to cover all terrains. He briefed the PM about a dedicated COVID Air Support Cell set up by the IAF to ensure faster coordination with different ministries and agencies for COVID related operations. He also informed the PM that hospitals under IAF have increased COVID facilities and are also allowing civilians wherever possible.

In addition to it, C-17 aircraft of the Indian Air Force are carrying out sorties, both within the country and from destinations abroad to supply Oxygen tankers to different places to assist the civilian administration in dealing with Oxygen shortage for COVID-19 patients. Today, a C-17 aircraft is airlifting three Oxygen tankers from Bangkok to Jamnagar airbase.

Indian Army Facilities on War Footing
The Army has created many pandemic facilities on a war footing to provide extensive medical assistance to veterans and their dependents at several places. One such facility has been created at the Base Hospital, Delhi Cantonment where the entire hospital has been converted into a COVID hospital. At the start of the current pandemic wave, the Base Hospital created a 340 COVID bed facility with 250 beds having provisions for oxygenation. The plans have since been augmented and the capacity is being expand to 650 COVID beds by 30 April 2021. 450 of these beds will have provisions for Oxygen. The Intensive Care Unit is also being enhanced from 12 to 35 ICU beds by 29 April, said an Indian Army official.

According to Army sources, the next phase of expansion will see the present capacity being augmented to 900 oxygenated beds by the second week of June 2021. For efficient patient management, a new COVID-19 OPD under a specialist medical team is functioning round the clock. This team clinically examines approximately 500 patients daily and appropriate medical advice is rendered. In another initiative, a COVID tele-consultancy and Information Management Cell under a senior officer is functioning 24 x 7 rendering medical advice. 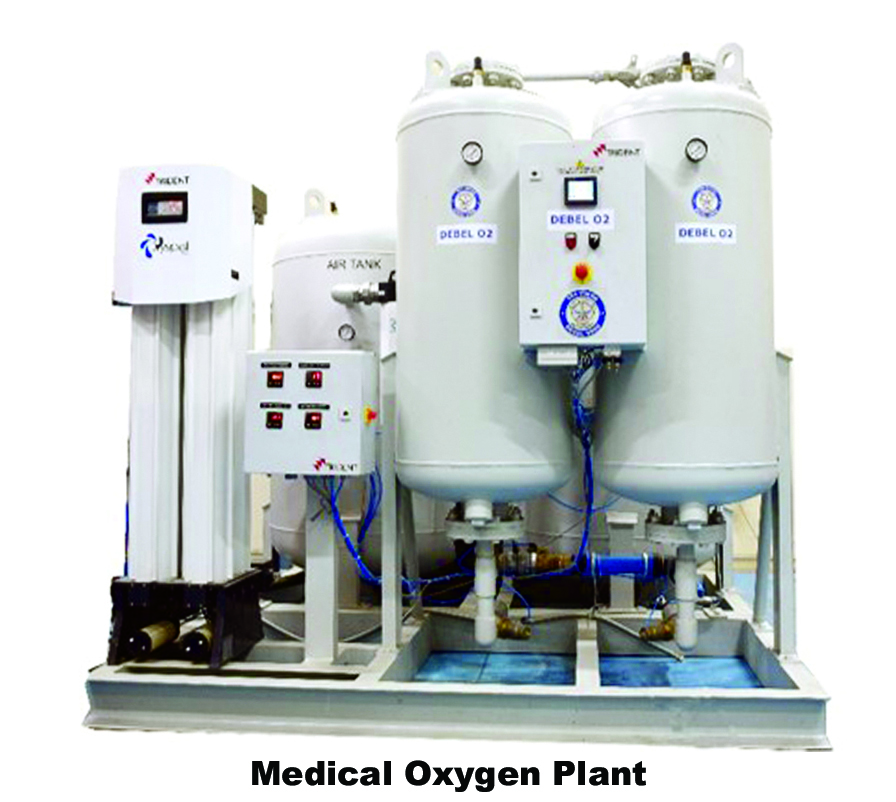 The MOP is designed for a capacity of 1,000 litres per minute (LPM). The system can cater to 190 patients at a flow rate of 5 LPM and charge 195 cylinders per day, the DRDO statement said. “Oxygen is a very important clinical gas in health care centres and hospitals for treatment of COVID‐19 Patients. The MOP technology is capable of generating Oxygen with 93±3% concentration, which can be directly supplied to hospital beds or can be used to fill medical Oxygen cylinders. It utilizes pressure swing adsorption (PSA) technique and molecular sieve (zeolite) technology to generate Oxygen directly from atmospheric air,” the statement said.

“Hospitals will be able to generate on-site medical Oxygen, in a cost-effective manner with this Oxygen plant rather than depending upon sourcing it from other places,” it said. The plant complies with international standards such as ISO 1008, European, US and Indian Pharmacopeia. Preparations to install five plants in New Delhi and the National Capital Region have already been initiated, the statement added. The installation of this plant helps in avoiding hospital dependency on scarce Oxygen cylinders especially at high altitude and inaccessible remote areas. MOP has already been installed at some of the Army sites in the North East and Leh-Ladakh Region, the DRDO informed.