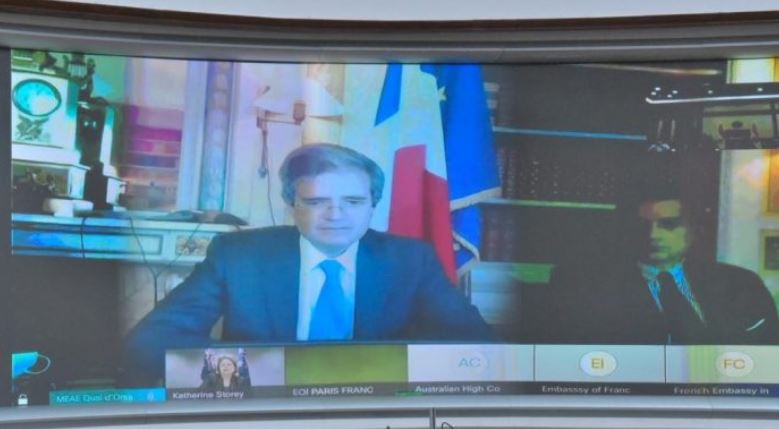 New Delhi: India, Australia and France on Wednesday held talks for the first time under a trilateral framework with focus on enhancing cooperation in the Indo-Pacific, a region that has been witnessing increasing Chinese military assertiveness.

“The focus of the dialogue was on enhancing cooperation in the Indo-Pacific Region,” the External Affairs Ministry said in a statement.

It said the “outcome-oriented” meeting was held with the objective of building on the strong bilateral ties that the three countries share with each other and synergise their respective strengths to ensure a peaceful, secure, prosperous and rules-based Indo-Pacific Region.

The MEA said the three sides agreed to hold the dialogue on an annual basis.Read more…