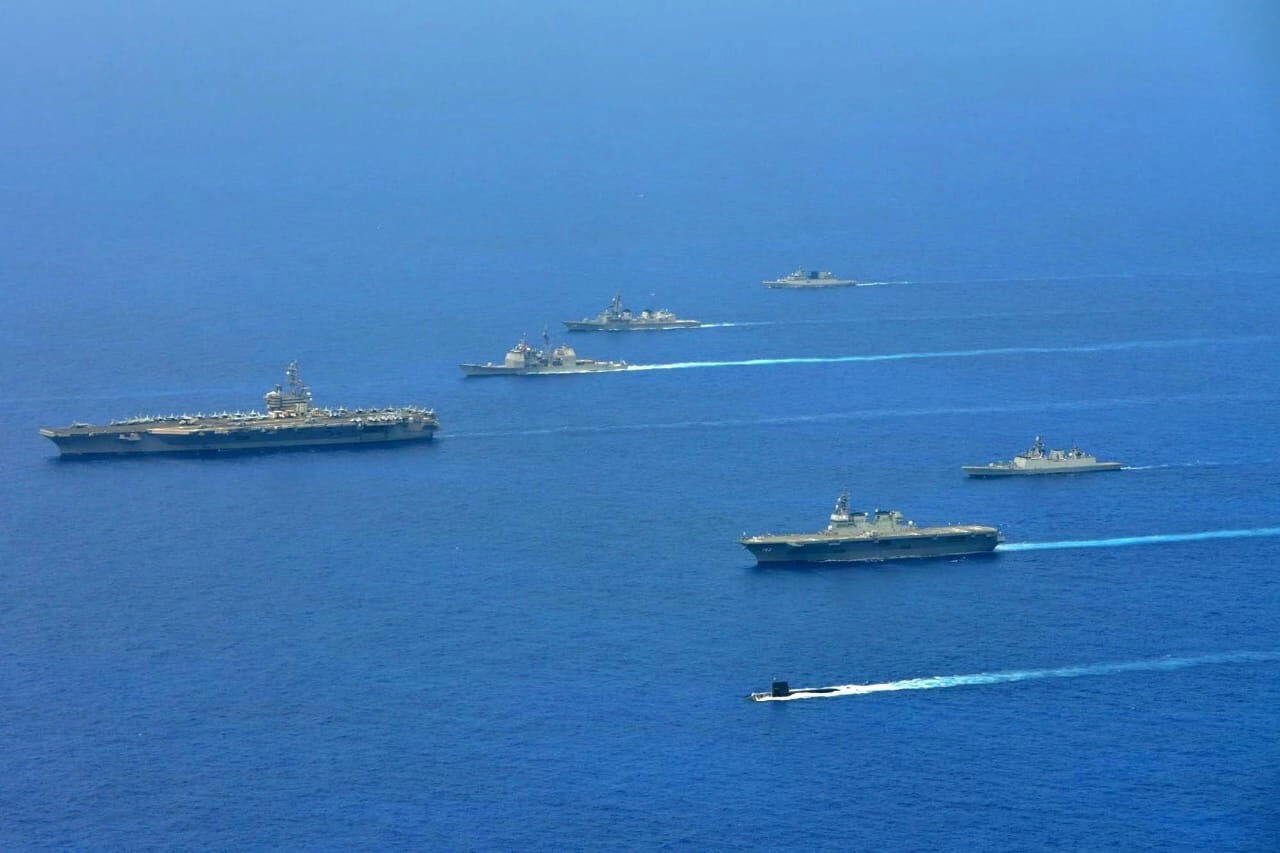 India May Invite Australia For Crucial Multilateral Malabar Naval Exercise Despite Chinese Objection
Participants from the three navies during Malabar 2018 (via @ShivAroor/Twitter)
India is giving serious consideration in inviting Australia to take part in its trilateral Malabar naval exercise with the US and Japan this year, reports The Times Of India.

If this happens, the “Quad countries” will engage in serious naval combat manoeuvres and exercise on the high seas after a gap of 13 years.

The Malabar naval exercise will be held in the Bay of Bengal after the monsoon ends in July-August and sources told ToI that there is “a move by India to include Australia” in the 24th Malabar exercise, but “the final decision is yet be taken. Read More…