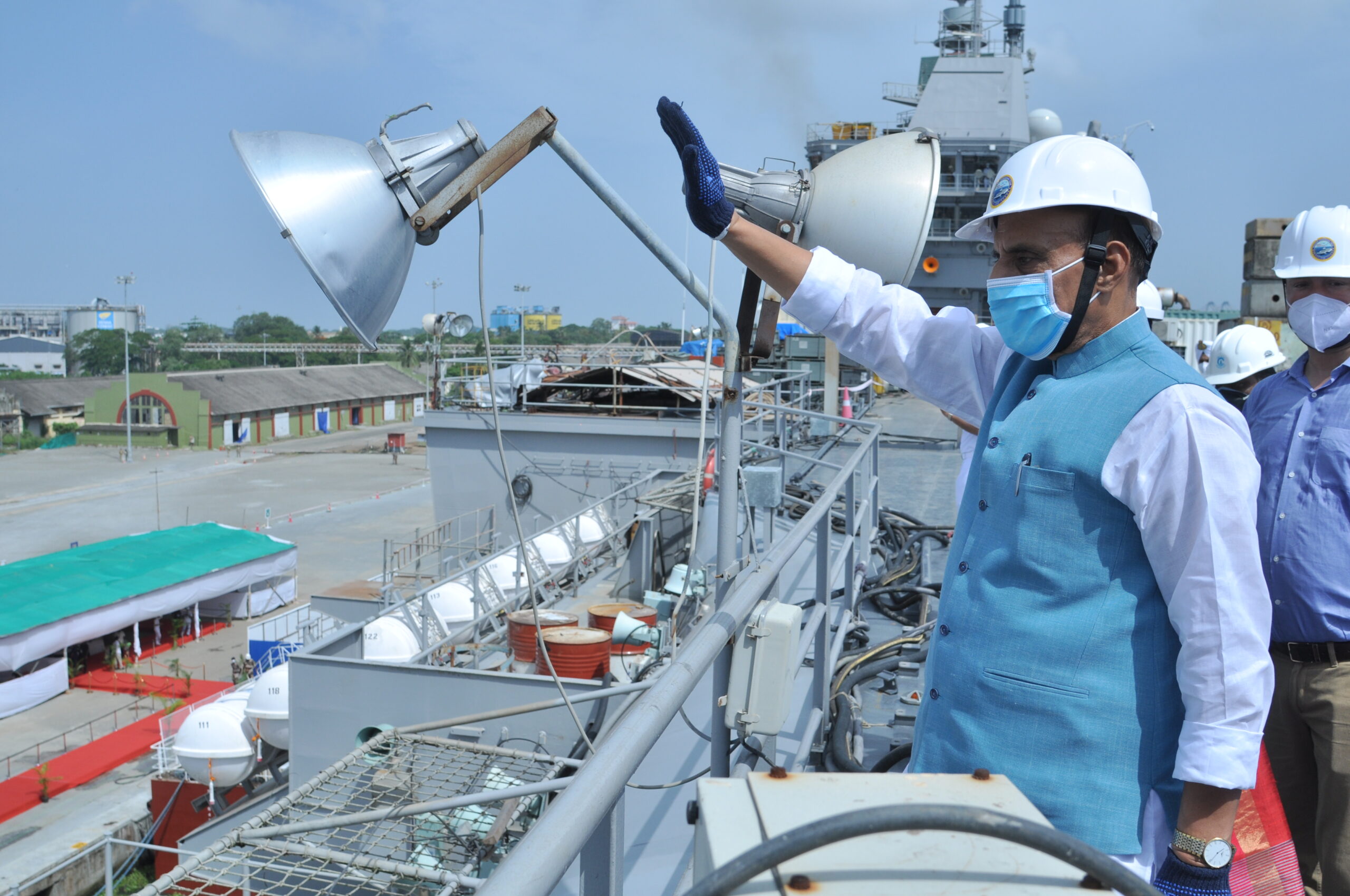 India’s first indigenously built aircraft carrier INS Vikrant would be commissioned in the first half of 2022, Defence Minister, Rajnath Singh said on 25 June during a visit to the Southern Naval Command in Kochi, Kerala. Describing the Indigenous Aircraft Carrier (IAC) as “India’s pride and a shining example of Atmanirbhar Bharat,” which has nearly 75 per cent indigenous content, the Defence Minister said the, “Commissioning of the IAC next year will be a befitting tribute to 75 years of India’s independence.”

On the second day of his two-day tour of Southern Naval Command, he reviewed the progress of IAC construction and expressed satisfaction over its progress which would be the most potent sea-based asset and critical for the Indian Navy’s capabilities and strategies in the future. 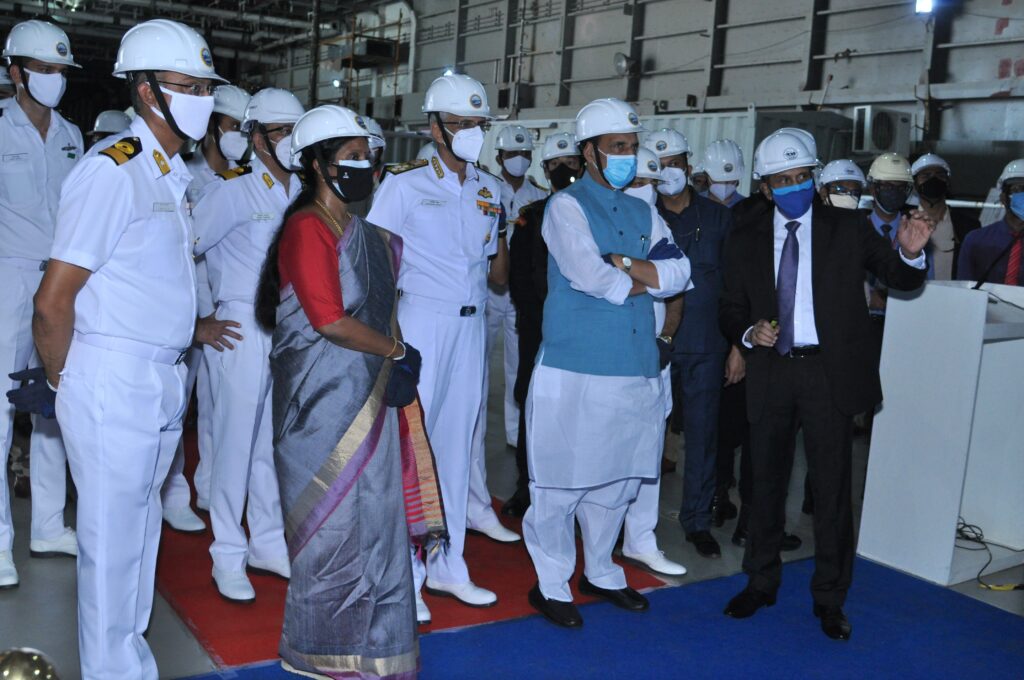 He highlighted the combat capability, reach and versatility of the aircraft carrier, saying that, “It will add formidable capabilities in the defence of the country and help secure India’s interests in maritime domain”.

The Minister reaffirmed the government’s commitment to a strong Indian Navy, saying that “IAC and Project Seabird at Karwar, which will be Asia’s largest Naval Base, as the examples of our unwavering focus”. He listed out the measures being taken by the government to modernise the Indian Navy, with emphasis on indigenisation, which will enhance the Navy’s operational reach and prowess. He assured all possible support to the Navy for bolstering their operational preparedness, saying that a strong Naval force is crucial for peace, security and prosperity. 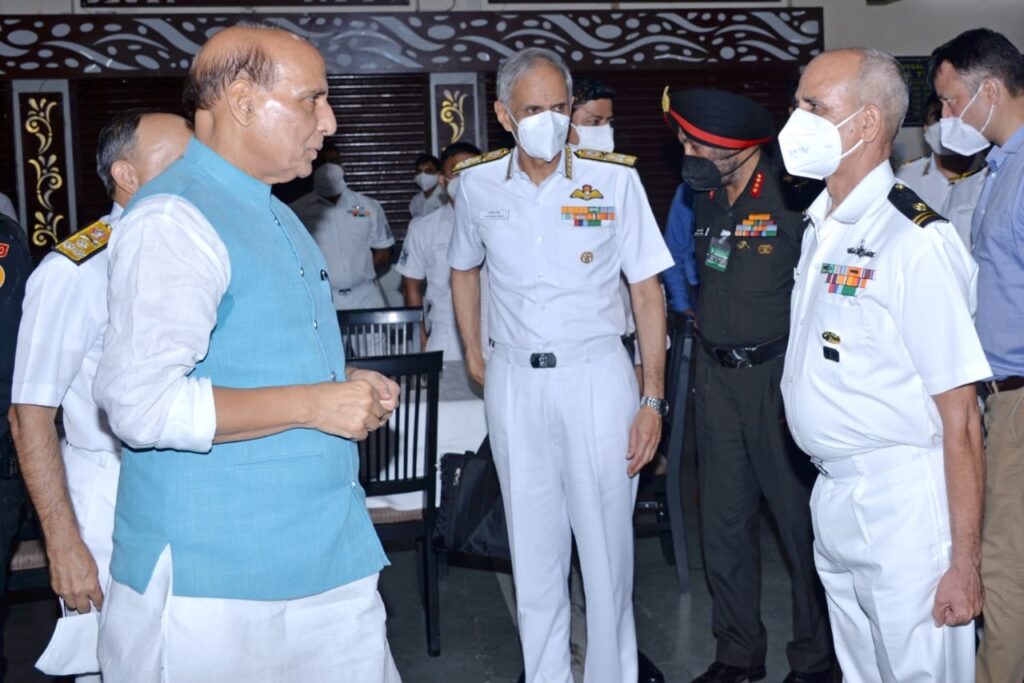 “Our impetus to modernisation, harnessing India’s indigenous industry and know-how, is a key priority. 42 of the 44 warships on order being built at Indian shipyards is a testimony to this. The IAC boasts of nearly 75 per cent indigenous content, from design to steel used in construction, to key weapons and sensors”. He recalled a recent approval accorded by the Defence Acquisition Council (DAC) for the RFP of Project 75-I under the Strategic Partnership model, which will give further fillip to the indigenous development of niche manufacturing technologies.

On 24 June, Singh had visited the Karwar Naval Base and reviewed the progress of ongoing infrastructure development under ‘Project Seabird’, as part of his two-day visit to the Southern Naval Command.