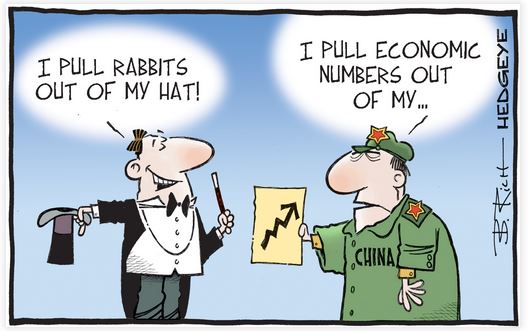 Xi’s Call.  China is real. The dragon is mythical. However, we will stick to the real China in this analysis.  In  May, Xi Jinping called on the PLA to be prepared for wars. He signalled what he was up to and conveyed it. We did not heed to his intent. How wrong were we?   Similarly When Xi Jinping, spoke to scientists   it was one such moment when a vista was revealed. Two significant aspects of that talk stuck a chord in me. He spoke of the ‘deep and complex’ changes that China faced in the domestic and international environment. He also spoke of the big  problems that were ‘choking’ and ‘strangling’ China. These included lack of advanced agricultural technology and reliance on imported seed, a critical component shortcoming in core manufacturing technology, dependence on overseas oil supplies, pollution, poor distribution of water resources and an ageing population which needed improvements in pharmaceuticals and medical equipment. These issues are underlying and permanent to China. They are largely pre virus. The chemistry of  ‘deep’ complex’ with ‘chokers and stranglers’ needs a better appreciation to get to realism.

The World According to Xi.  China is modernising. Its economy, power and influence have grown. It is set to overtake USA shortly. However the Wuhan virus has changed things. Issues and events are panning out in a manner that forces a rethink. In the last six months China has alienated major powers of the Indo Pacific – India, Japan and Australia. All other countries of the region feel threatened.  t has also managed to alienate USA, Canada and Europe. It has got into a military conflict with India and USA; when it was really not needed. It is shaking up the entire global order. It is trying to impose its vision on the whole world. When we see and read commentaries on China , they are one dimensional and often magnify China to  proportions of a mythical dragon all set to conquer the world. It appears that China is unstoppable. The world according to Xi looks forbidding. However the reality is far different. There are logical opinions which suggest that China has peaked and will actually decline from hereon. The Wuhan Virus only hastens the process. There are many discordant issues in China which will inhibit and eventually cap China’s rise. That is what Xi Jinping had on his mind when he spoke what he did. In India, we need to get a handle on the entirety of China to deal with it squarely. This analysis presents the large canvas of China.

Jekyll and Hyde Cycle. Step back into history. Ever since  the CCP came into the scene a century back, China has had periodic convulsions. Mao unleashed ‘The Great Leap Forward and The Cultural Revolution’. In four decades China was taking ‘The Great Leap Backwards’.  China talks of a ‘Century of Humiliation’. However the CCP wreaked half of that humiliation through the greatest man made famine in which 35-45 million people died and were reduced to cannibalism. In the 70s, China adopted the ‘One Child Policy’. It  appeared to be the greatest of social reforms of that era. Half a century later it is one of the greatest disasters in Chinese and human history.  Mao spoke of  ‘Conquest of Nature’ and Deng Xiao Ping felt that ‘To Become Rich is Glorious’ when he kickstarted the four modernizations. Their successors ‘Conquered Nature’ mercilessly and ‘Made China Rich’ through dizzy economic growth. Four decades later China seeks glory but is entering a decline, seeded at the start itself. The Jekyll and Hyde cycle of the CCP is discernible  –revolutionary idea, electrifying start, great promise and seemingly impressive progress to disastrous ends due to unsustainability, unpredictability and unintended outcomes.  Read more…