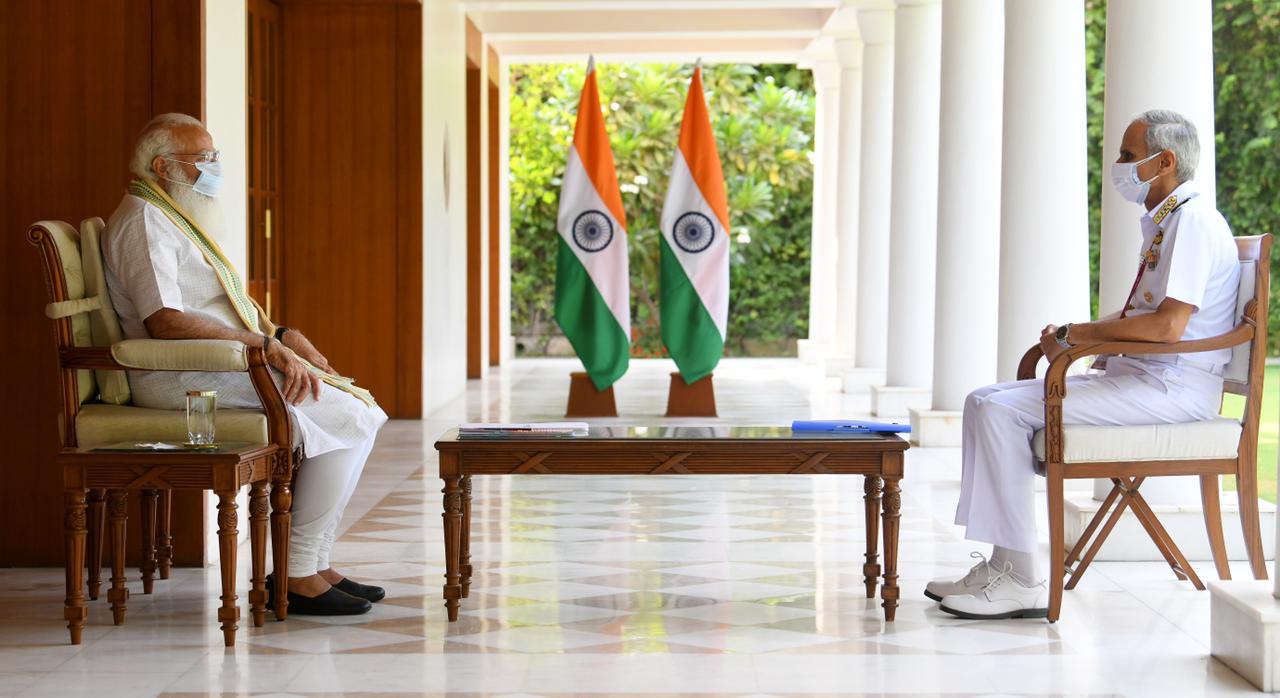 As India plunged into a deep crisis in the war against coronavirus, the armed forces have upped the ante to manage the worsening situation in the deadly second wave. The Indian Navy is opening up its hospitals for use by civilians in various cities and has also joined the efforts to bring oxygen containers from various countries, Chief of Naval Staff Admiral Karambir Singh informed Prime Minister Narendra Modi on Monday.

The Prime Minister was briefed by the Navy Chief on COVID-related initiatives taken by the Navy. The Prime Minister’s Office said in a statement that Singh briefed PM “about various initiatives being taken by the Indian Navy to assist the countrymen in the pandemic”. The Navy Chief informed the PM that the Navy has “reached out to all state administrations and have offered help in terms of hospital beds, transportation and other such things”.

The Navy has redeployed medical personnel at various locations to manage COVID duties, Admiral Singh informed PM. Naval Personnel are being provided Battle Field Nursing Assistant Training to augment medical personnel deployed in COVID hospitals. The Navy is also providing aid to increase oxygen availability in Lakshadweep as well as in the Andaman & Nicobar Islands, he added, according to a statement from the PMO.

Operation CO-JEET Launched by Armed Forces
In its fight to control the pandemic, Indian Armed Forces have launched operation “CO-JEET”; COVID-related efforts to strengthen medical infrastructure, like setting up beds, providing help to civil administration and oxygen supply chains in the country.

Giving details about the operation, Deputy Chief of Integrated Defence Staff (Medical), Lt. Gen. Dr Madhuri Kanitkar said “CO-JEET stands for co-workers of all the three services who will finally achieve ‘Jeet’ (victory) over COVID. The whole team is working in a much-energised way because a soldier is trained to fight under adverse situations and he doesn’t give up. We are not just doctors, we are soldiers.” 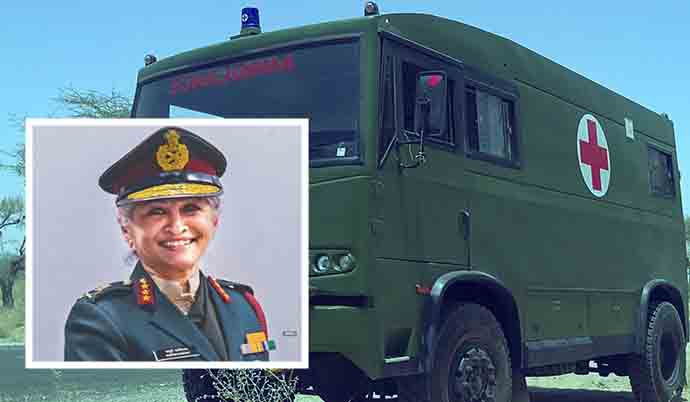 Lt Gen Kanitkar informed that the operation will also take measures to ensure the mental wellbeing of people. “In addition to the ongoing COVID situation, most ex-servicemen are also coming to military hospitals. In cities like Delhi and Pune, we have made 400-500 bed hospitals purely for defence and ex-servicemen,” she apprised.

On the oxygen supply chain, Lt. Gen. Kanitkar said that the military hospitals have their own generation plants and currently 46 oxygen generation plants are being installed all over the country. Support from companies like the Indian Oil Corporation (IOC) in the transportation of oxygen is providing a much-needed lifeline to COVID patients across India.

Lt. Gen. Kanitkar’s post of Deputy Chief Integrated Defence Staff (Medical) comes under the Chief of Defence Staff (CDS). Kanitkar is only the third woman to become a three-star general in the Armed Forces, and is working round the clock at the COVID-19 centre set up by the Defence Research and Development Organisation (DRDO) near Delhi airport.

The officer observed that undoubtedly this is a war-like situation and every wing of the nation is doing its best. She further apprised that the Department of Defence has created a COVID-19 Crisis Management Committee and “we are working on it on a war footing together”.