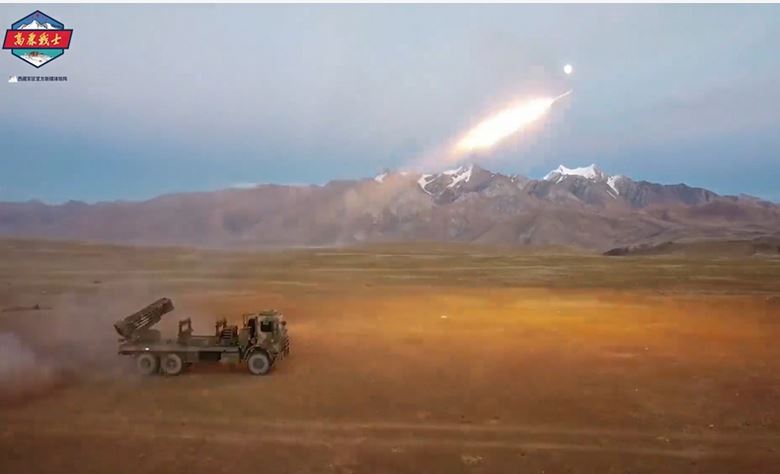 The Chinese People’s Liberation Army (PLA) Tibet Military Command recently conducted live-fire test training exercises with its latest truck-based multiple rocket-propelled mine launchers at a high altitude. This type of weapon will allow a rapid regional lockdown during combat, and it is much more efficient than manual work, analysts said on Thursday.

A brigade under the PLA Tibet Military Command dispatched several truck-based multiple rocket-propelled mine launchers to a training ground at an elevation of more than 4,300 meters and conducted a test shooting exercise under simulated combat scenarios, the command said in a statement released on Wednesday.

The test achieved its goal of remotely setting up obstacles and placing mines across a whole region, and it comprehensively examined and boosted the troops’ capability to set up obstacles with advanced weapons and equipment in an environment where temperatures and oxygen levels are low, the statement said.

According to a video attached to the statement, one truck carries 40 rocket-launching barrels, and the rocket-propelled mines are fired at short intervals, just like a standard multiple rocket launcher system.

The statement did not give further details about the weapon, including its designation and specifications.

The truck-based rocket-propelled mine launcher is characterized by its high mobility, and the mines it fired are scattered on the surface of the ground instead of buried in the ground, Weihutang, a program on military affairs under China Central Television (CCTV), reported on Wednesday.Read more…