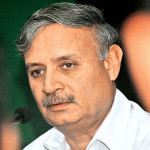 Since the opening of the private sector participation in defence sector, a total of 287 Industrial Licenses have been issued till date. Further, the FDI amounting to US$ 5.02 million has been received in the defence industry sector so far. The information relating to actual investment made in respect of Industrial Licenses is not available.

Some of the major initiatives taken by the Government to attract investment from domestic private sector companies in defence production are given below:-

(This information was given by Minister of State for Defence Rao Inderjit Singh in a written reply to Shrimati Rama Devi in Lok Sabha today.)