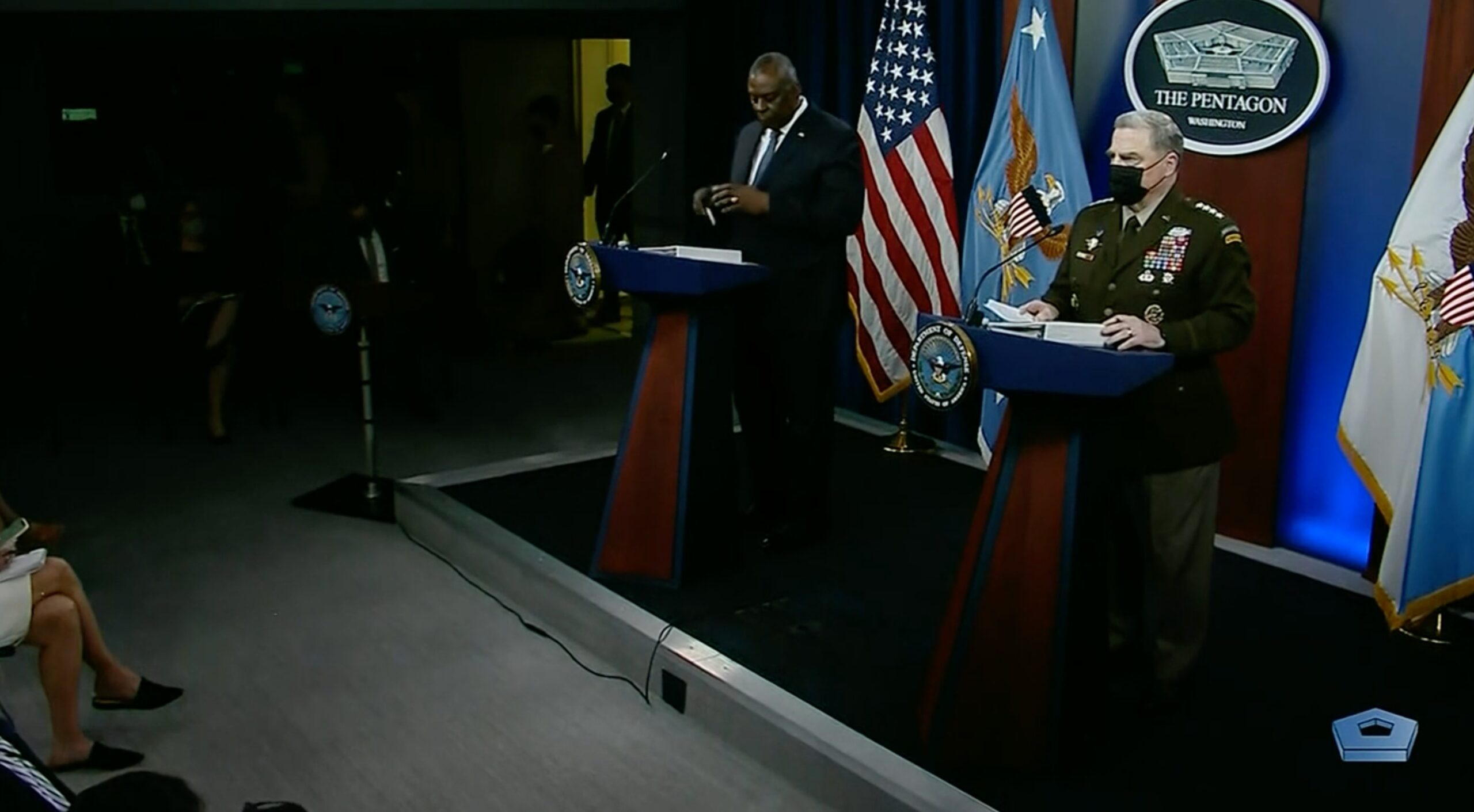 Secretary of Defense Austin and Chairman of the Joint Chiefs of Staff Gen. Milley Press Briefing

SECRETARY OF DEFENSE LLOYD J. AUSTIN III: Good afternoon, and thanks for being here.

It’s been a busy time for all of us in this department, a proud one and a solemn one, too. We have concluded our historic evacuation operation and ended the last mission of the U.S. war in Afghanistan. America’s longest war has come to a close.

Now, both as secretary and as a veteran of our Afghan war, my thoughts have been with the brave Americans who stood up to serve after Al Qaida attacked us on September 11th, 2001, and my heart is with their families and loved ones, and with our friends and allies, and with our fellow citizens whose lives were lost or changed forever over 20 years of war. We remember 2,461 American service members and personnel who paid the ultimate price in this war, and more than 20,000 wounded Americans, some still carrying the scars that you can’t see on the outside.

Now, we have just concluded the largest air evacuation of civilians in American history. It was heroic, it was historic, and I hope that all Americans will unite to thank our service members for their courage and their compassion. They were operating in an immensely dangerous and dynamic environment but our troops were tireless, fearless and selfless. Our commanders never flinched and our allies and partners were extraordinary. Read More…