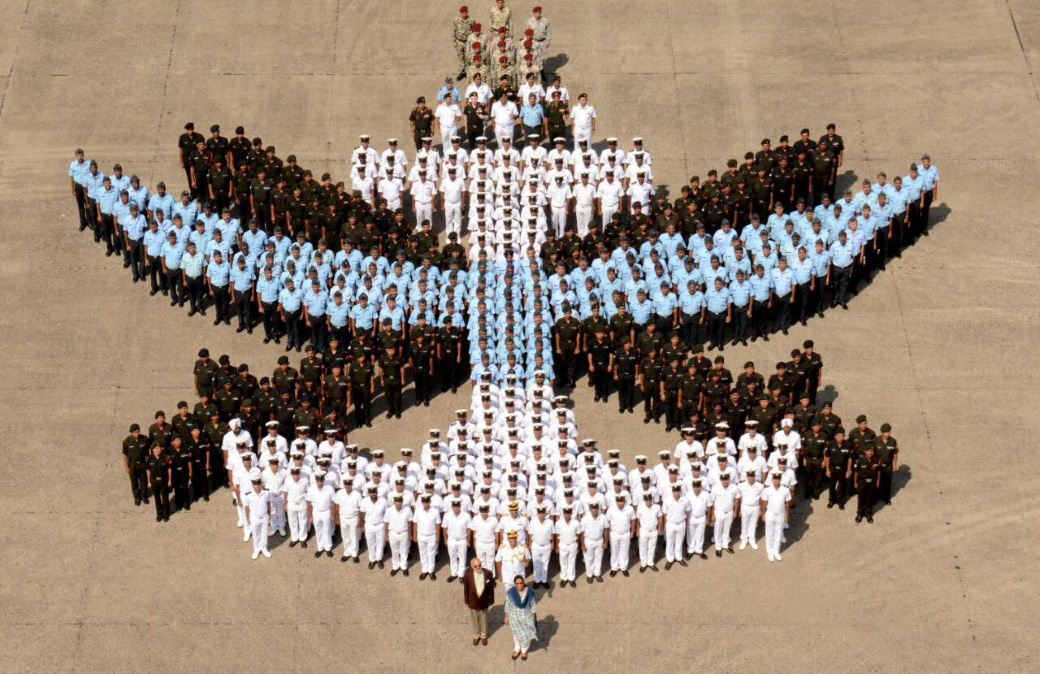 As per a recent report by Nitin Gokhale, published on the Bharatshakti website, higher defence reforms are on track in India with the likely formation of two integrated commands by August 2021. Nitin also reiterates the reforms mandate to the CDS, General Bipin Rawat, to bring about jointness in communications, training, logistics & maintenance and support services, apart from operations, within three years while rationalizing the existing infrastructure to augment combat capabilities of the armed forces and reducing wasteful expenditure.

From the questions raised in this report, itself on the conceptual framework of the Air Defence Command still requiring resolution, it becomes apparent that we are putting the cart before the horse in our haste to meet the given deadline. Surely, the senior leadership must have considered this issue of integration in all previous appointments and studied the experience of other nations, particularly the US being the largest in this field as a democracy, and formulated a plan to adapt their structure and best practices to our institutional and cultural environment instead of reinventing the wheel. The very fact of air defence being thought of as bringing just the SAMs and AD guns under one commander indicates lack of such study and of military history as in Bekaa Valley in 1982.

Even a cursory study would indicate that the essential initial steps for joint operations are training backed by the requisite secure communications integrating literally every fighting unit in the command loop to execute joint plans with the requisite flexibility in the fog of war, or in other words integrating sensors with shooters to minimize the OODA cycle in this era of information warfare. With all three services reportedly still using their individual communication networks which do not easily talk to each other, much less to the systems of other friendly nations that we regularly exercise with, the desired integration would remain a mirage. Just one example from the US would illustrate the importance of this issue. It may be recalled that the Goldwater-Nichols Act of 1986 created seven regional (theatre) combatant commands bringing all five US military services under unified, geographically organized command structures. Today, there are 11 including the recent Space Command. Even after five years, in Desert Storm, the Joint Air Component Commander, General Horner, could not electronically pass the Air Tasking Orders (ATOs) to the Carrier Groups of the US Navy and these had to be flown in manually every day. It took the air wings of the US Navy and the USAF almost another decade of cross-training till Operations Enduring and Iraqi Freedom to come together on a common platform and largely operate as one team, with some issues still to be resolved. In the case of the USAF and US Army, such a model was still being considered till 2007.

35 years after the Goldwater-Nichols Act mandating unified commands, the USAF still operates eight separate commands, namely Air Combat Command, Air Education and Training Command, Material Command, Global Strike Command, Air Mobility Command, Space Command, AF Reserve Command and even an AF Special Operations Command. In addition, it has separate command organizations for Pacific Air Forces and USAF in Europe. When required to support operational missions, the Secretary of Defense directs the Secretary of the Air Force (SECAF) to execute a Change in Operational Control (CHOP) of these units to a Regional Combatant Commander. With over 5300 aircraft currently, surely the USAF could have been parcelled out to various theatre commands if that was the most operationally effective integrated approach. However, it was not, based on the principles of unity of command and concentration of firepower. In the case of a much smaller IAF, with just about 30 combat squadrons, against a sanction of 45 and a handful of combat support elements, how is the reported division in the name of reforms even being thought of?

Similarly, the US Navy operates nine major commands like Navy Expeditionary Combat, Military Sealift, Sea Systems, Air Systems, Naval Facilities Engineering Systems, Supply Systems, IW Systems, Strategic Systems Program and Naval Education & Training apart from Fleet Forces commands for each region. Despite operating more than 3700 operational aircraft, the US Navy also does not divide its aircraft or carrier groups but allocates these based on the situation while continuing to train for all contingencies. Even the US Army runs many major commands and five major surface component commands like Pacific, Europe and Africa, North, South and Central all headed by 3 or 4-Star Generals. As recently as 2018, necessity resulted in the formation of an additional Army Futures Command (AFC).

Co-location has been cited by many in India as a pre-requisite for integration, jointness and economizing by shutting down some existing commands. Against this, even in the case of the US Army where it is possible to pre-position most forces in the area of envisaged operations due to their relative immobility and reaction time, three unified commands and their army components have headquarters outside their area of operations. CENTCOM’s is located at MacDill  AFB in Tampa, Florida with a forward headquarters at Al Udeid Air Base in Qatar while the army component, ARCENT, is headquartered at Shaw AFB in South Carolina. Functioning is through efficient communications with the span of control of the commanders still a major consideration. Have we carried out a study on the actual savings versus operational effectiveness after the proposed closure and relocation of some commands?

Unfortunately, in our case, the approach appears to be driven more by the numbers and vacancies for each service with the fixation of having the forces under command. The Army also seems to work on its limited field of view by seeing the air force more as flying artillery for close air support, apart from air mobility, without the broader strategic vision of the Air Force. Undeniably, the Air Force is the most technology-intensive service and a single platform today is capable of role switching and reacting in near real-time to emergent situations. Due to the roles and rapid strategic reach, it is also likely to be the first responder in most contingencies in our current geopolitical environment under a nuclear overhang. Based on this, it could be argued that the Air Force should lead most theatre commands duly assisted by component commanders from each service. In Desert Storm, General Norman Schwarzkopf wisely handed over the operations to the air component commander, General Charles Horner, to run a 1000-hour air campaign before a 100-hour ground campaign. Such maturity is unlikely in India without jointly educated and trained commanders and staff.

It is also easier for an airman to understand surface operations than it is for a soldier to understand air operations. An example of a Corps Commander in 1989-91 later criticizing the non-use of Mi-25/35 attack helicopters in Kargil despite having had these helicopters under him in his Corps shows how limited their understanding of airpower is. The same General also talked of a certain number of fighter squadrons being authorized for close air support, once again displaying his ignorance on the use of multi-role fighters in particular and air power in general. The example of the Pakistani Army sending out a brigade, which was decimated by air at Longewala in 1971, without first achieving air superiority in that area further illustrates the thinking of soldiers in the sub-continent and strengthens the case for the air force.

Training and communications issues, therefore, should have been first addressed and resolved before haste makes waste of our efforts at integration.

(This article first appeared in The Sunday Guardian)

(Harish Masand is a retired fighter pilot and Air Marshal of repute of the Indian Air Force. He writes regularly on airpower and national security matters.)