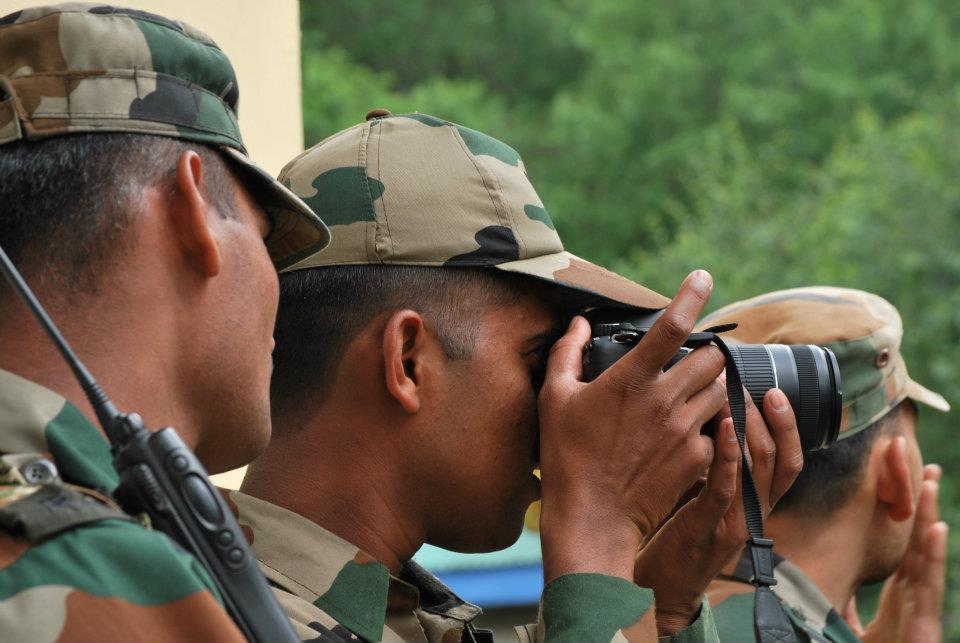 The army has been in the media far too frequently, of late. Every statement made by the Army chief in a seminar that he addresses, and these are routine activities that the Chief needs to undertake, provides enough fodder to the press to run a story that’s loaded, rather too often. The social media is also full of what’s happening in the army. Some of it true, others entirely untrue. But notwithstanding their being genuine or not they flow from one group to another, a cascading effect that gathers believers as they spread. The author has some interesting issues, especially for the media houses to consider.

Last week, I had a group of visitors, retired Junior Commissioned Officers (JCOs), who asked me a rather disturbing question, “Why is Fauj (Armed Forces) so much in news? Their next question was even more perplexing: “How did Army become so corrupt that it has to launch a special drive to root out corruption?” The same debate has been raging on WhatsApp and other social media channels with veterans in hyperactive fastest-finger mode.

The core issue that needs to be addressed is: Does the Army need to be so much in the headlines? In this case, Army doesn’t generically include the other two Services, Air Force and Navy, who enjoy considerable anonymity and have developed a better mechanism to manage their exposure.

While the public has a right to know about Armed Forces and even hold it accountable, it needs to be restricted to macro issues. Is it fair to start nitpicking and make every small issue a headline and TV debate? In this process, we create what the Americans call, ‘Strategic Corporals’, caught in a maelstrom unleashed by TRP hunters. While the world moves on, they remain a case study in perpetuity stripped of their privacy. Maj Gogoi’s case could well be an example of this.

I am reminded of a story narrated by a journalist, in his younger days. His editor chided him when he was taking a snap of an over-turned Army vehicle. The editorial advice was, vehicles meet with such mishaps and the Army is fairly ruthless in dealing with such cases. Look for a better story.

Unfortunately, we have a number of reporters, who are ‘beacon journalists’ with a welcome flasher for disgruntled elements. Consequently, all news on disciplinary proceedings meant for restricted circulation, reaches them and this lazy breed milks headlines out of these. What they forget is that Army has a ‘court-martial’ syndrome – the moment an enquiry starts, the person is presumed guilty, ostracised and abandoned by system.

Responsible journalism should avoid breaching the privacy of affected officers till charges are framed and culpability is prima-facie established. Major blame rests with ‘legal eagles’, who leak such stories and to some extent petty minded officers, bent upon vitiating the atmosphere to further their personal agendas. Like charity, correctives begin at home and the Army has to look within first, as this category of news keeps the Army in dubious headlines.

Another related species is, ‘HMV’, named after now extinct, music company, ‘His Masters’ Voice’. They contribute maximum to promoting coteries in Army and keeping alive the wars that continue to rage between cliques. In this case, the blame really lies with their controllers, who need to reflect on their pettiness, which is eroding the credibility of Armed Forces and senior appointments. Ironically, their relevance is due to their stint in those very exalted slots.

Just to put it bluntly, why and for how long should a former incumbent continue to lead a vilification campaign against his successors and vice versa? This trend is unique to Army, whereas in civil services, they collectively stand up for each other, notwithstanding, the fact that Army has taught this virtue to others.

Media does not even realise the kind of damage they do by their cavalier approach on matters military. A medically boarded out Army officer duly appointed and serving in state civil services continues to be tagged as ‘Fauji’, just to add spice. A Merchant Navy official is described as a Naval officer and defaulters of Central Armed Police Forces are routinely termed as army personnel.

Many reports routinely describe JCOs and even Non Commissioned Officers as officers to make the news more catchy. Recently, many TV channels and newspapers mentioned hardcore military stations like Chandimandir and Hisar as Cantonments and nor as military stations; a sad commentary on quality of research.

It is universally agreed that corruption in Army has always remained well below the threshold due to a zero tolerance policy. It will be good if enterprising journalists take up the challenge of analysing comparative timeframes and punishments meted out. While Army officers are singled out and hounded at bullet train speed, politicians and bureaucrats are allowed to go scot free. What is worse is bureaucrats involved get promoted and even secure post retirement sinecures. A differentiated sense of accountability is demoralising and breeds dissatisfaction.

Every Chief has an unfettered privilege to strive and further improve the system, in fact aim for absolute zero corruption but the messaging needs to be nuanced and refined. It should not be allowed to spin out of control to cast aspersions and make sweeping judgments on prevailing system.

A word of caution, some Army traditions and institutions appear to be ostentatious but are a part of our heritage and in our urge to simplify, we should remain pragmatic and not destroy those which have stood the test of time. Most comparable facilities for bureaucrats and politicians are run on five star norms albeit on outsourced basis and are highly subsidised. Army at least endeavours to provide high quality service, on cost effective basis and in the process trains its personnel in soft skills. The only difference is that bureaucrats, who manage civilian facilities know nitty gritty of rules and ensure the best deal for themselves.

Veterans should not worry too much as the Army remains in good health and like all generations, this one too is entitled to strive for perfection, so good luck to them. Timely reassurance has come from research conducted by Aziz Premji University and Centre for the Study of Developing Societies. The Army has once again attained ‘numero uno’ status with 77% approval rating for ‘effective trust’ with a huge differential of 23% over the Supreme Court; the next one on the ladder. It is high time, media also trusts the most trusted and gives Army a well-deserved break from headlines. They have the systems and will power to retain their ‘mojo’.