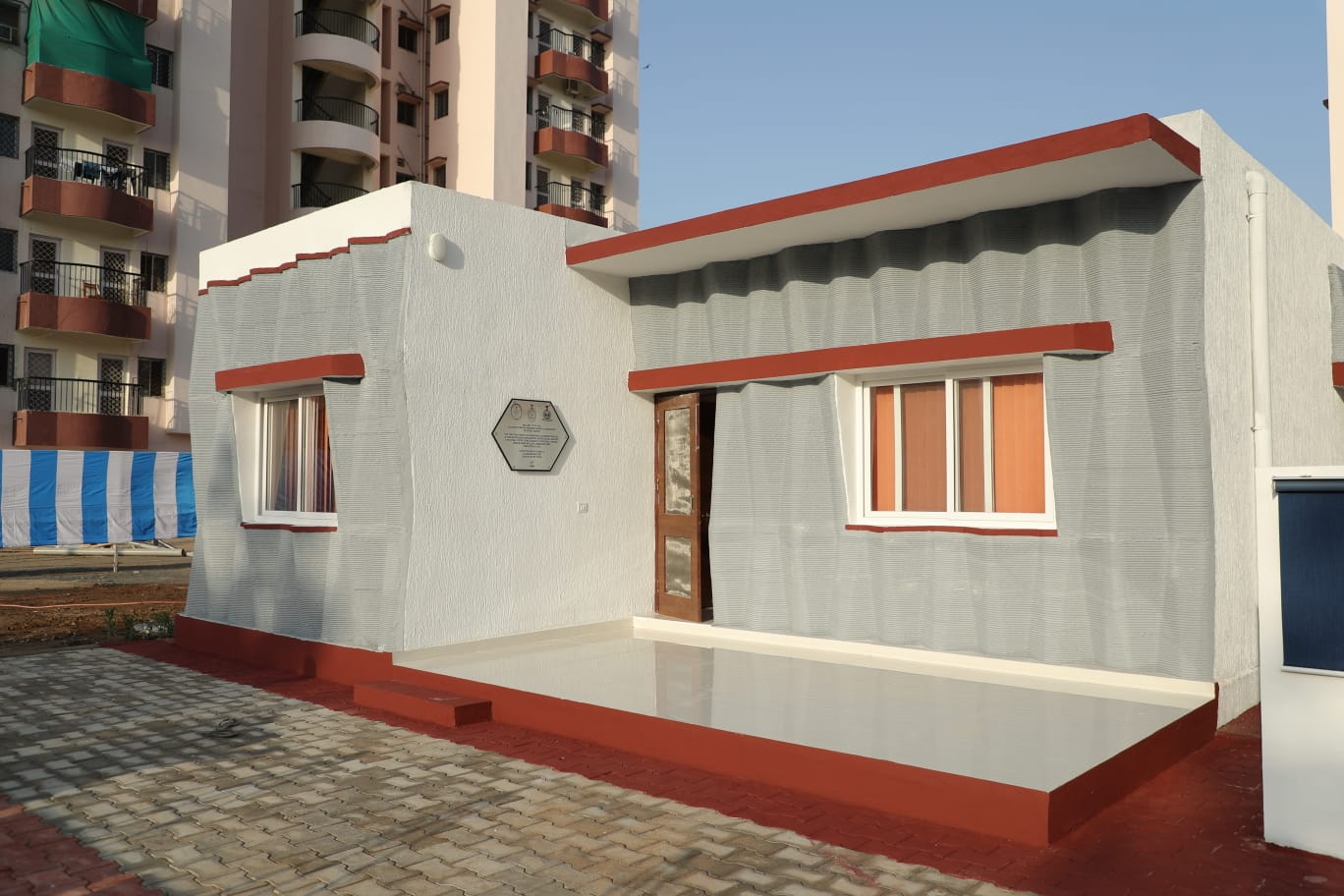 Using this technology, a new house can be built in five days against four or five months in conventional mode, the start-up claimed. Concrete 3-D printing is an automated manufacturing method for constructing three-dimensional real-life structures. The technique utilizes a concrete 3D printer that accepts a computerized three-dimensional design file from the user and fabricates a 3-D structure in a layer-by-layer manner by extruding a specialized type of concrete specifically designed for the purpose.

These houses are symbolic of the modern-day rapid construction efforts in serving the national interests by way of catering faster to the growing married accommodation requirements of the Indian Armed Forces, officials said in a press release. “These structures also stand testament for the solidarity of the Indian Armed Forces in fostering home-grown technologies that are focused on indigenization of Defense technologies, as a part of ‘Atmanirbhar Bharat,” the statement read. 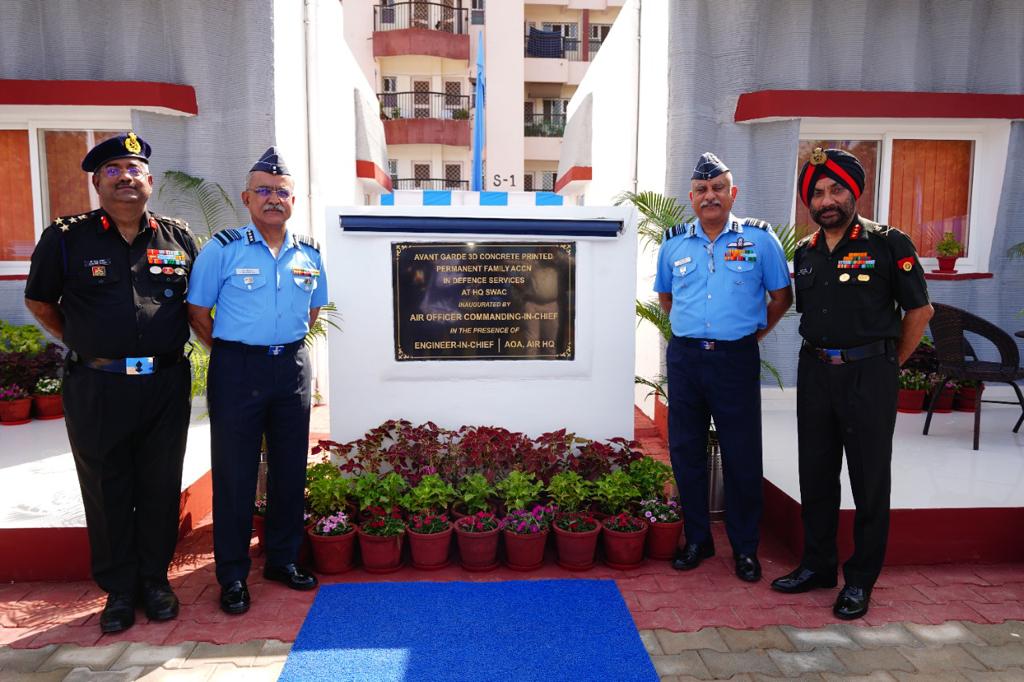 The MES recently also constructed India’s first 3-D printed sanitary blocks with a total built area of about 600 square feet at Jaisalmer, marking a new beginning for the possibilities of construction 3D printing in defence applications.

The Engineer-In-Chief of Indian Army Lt Gen Harpal Singh said that adaptation of rapid construction technologies was the need of the hour and saw an effective solution in 3-D concrete printing, which can be effectively adapted within available spaces to meet the minimal urgent requirements of such housing.

The disaster-resilient structures comply with Zone-3 earthquake specifications. The defence services said that the 3-D printed houses are symbolic of the modern-day rapid construction efforts to cater faster to the growing accommodation requirements of the Indian Armed Forces.