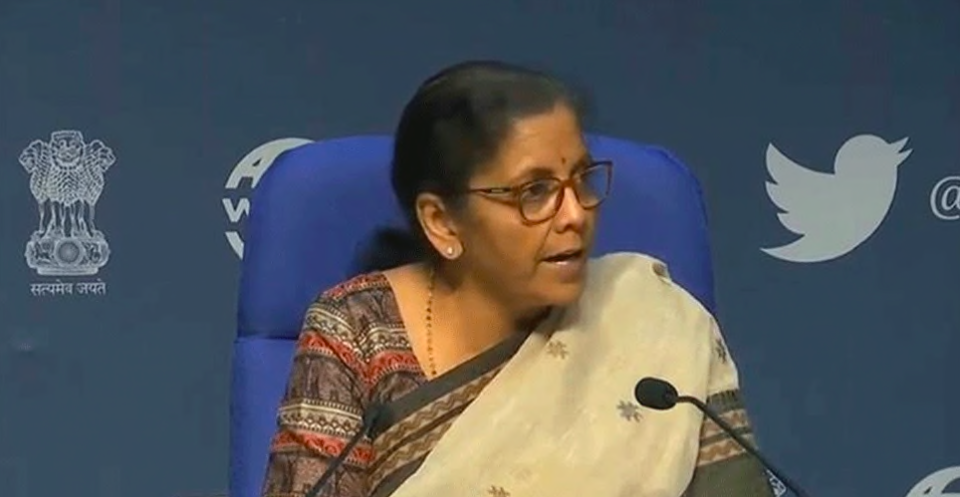 Announcing a series of far-reaching reforms for defence sector, Finance minister Nirmala Sitharaman said the government will make separate budgetary provisions for procuring Indian made defence equipment to help reduce the defence import bills as well as give a booster dose to Make in India scheme a super success post COVID-19 pandemic. The government will come out with a negative list of weapons that can be banned from imports. The list will be drawn with consultation of Department of Military Affairs.
Today’s big-ticket measures included increase in the Foreign Direct Investment (FDI) limit in defence. The limit is being enhanced from existing 49 per cent to 74 per cent under the automatic route, though security clearance will still be required. However, currently the government considers 100 per cent FDI on case by case basis.

The Finance Minister said that the long pending corporatisation of the Ordnance Factory Board (OFB) has been approved that will enable them to cut costs and overheads for more efficient operations. To start with 15 OFB units out of around 50 units will be corporatized in first phase to improve autonomy, accountability and efficiency in ordnance supplies. The OFB reform has been on cards for long time which is being strongly opposed by the employees but this time around the government has gone ahead with the process of gradual implementation of a difficult decision. The Finance Minister has emphasised that the reforms in the sector does not mean privatisation of the factories but is being done to improve performance of the OFB.
She said the defence procurement process will be made time-bound and faster decision-making will be encouraged. This will include establishing a project management unit (PMU) to support contract management; Realistic setting of General Staff Qualitative Requirements (GSQRs) for requirements of weapons and weapon platforms; And overhauling of trial and testing procedures.

On imports, the Finance Minister said while essential weapons not produced domestically will be imported and the negative list will have a year wise timelines to reduce import dependency, the government is firm on moving towards indigenisation of spare parts for foreign weapons/platforms and planes that are in service. Manufacturing of spare parts will be encouraged locally, she added.
The government will encourage private participation in space exploration and related activities with private sector companies offered use of ISRO (Indian Space Research Organisation) facilities to improve their capacities. The Minister said future space exploration projects such as planetary travel and outer space travel will also be opened up to the private sector. Allied to this, Sitharaman also said the country’s geospatial data policy would be liberalised, to help entrepreneurs’ access remote sensing data that could help with weather prediction and agriculture.

Besides, pitching for efficient management of airspace for civil aviation, the government proposed easing of restrictions on Indian airspace, of which only 60 per cent is freely available for commercial use. The Finance Minister said optimal utilisation of airspace would lead to reduction in fuel use and travel time, leading to Rs 1,000 crores per year benefit to an aviation sector left crippled by the coronavirus crisis.
“India will become a global hub for aircraft maintenance, repair and overhaul, with value of component repairs and airframe maintenance to increase from Rs 800 crores to Rs 2,000 crores over the next three years,” Sitharaman said. Major engine manufacturers will set up engine repair facilities in coming years, also leading to a convergence with the defence sector. Maintenance cost for airlines will come down, the Minister said.
The Finance Minister also declared that six new airports will be offered for auction by the Airports Authority of India (AAI) under private-public partnership, with six others being listed for a third round of auctions. Additional investment by private players in 12 airports is expected to be around Rs 13,000 crores.