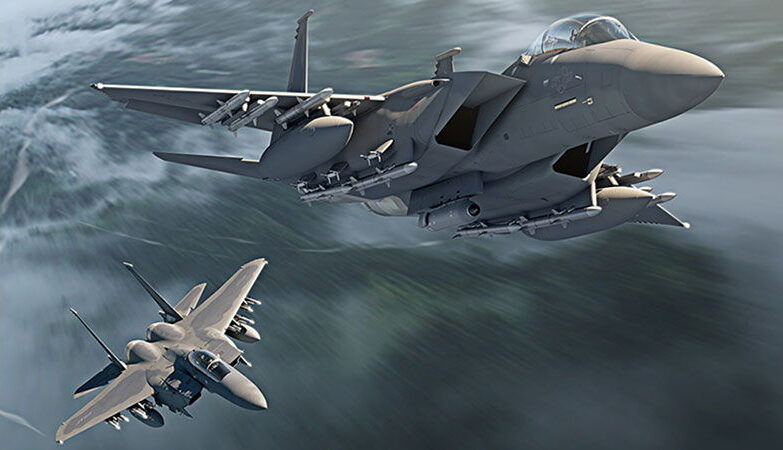 Boing India has unveiled its 2021 growth strategy for India’s aviation and defence capabilities with new offerings to Indian Air Force and Navy. Armed with the US government licence, Boeing announced to offer its F-15EX fighter jet to the Indian Air Force (IAF) in a press conference on 28 January. Boeing will showcase a range of advanced capabilities including the F/A-18 Block III Super Hornet, F-15EX, KC-46A, AH-64E Apache, P-8I, Chinook, 737-10 and 787-9 in the upcoming Aero India 2021 air show in Bengaluru.

Sharing information about the F-15EX, Boeing disclosed that discussions on the F-15EX had taken place earlier between the two governments. “Now that we have the marketing licence it allows us to talk to the Indian Air Force directly about the capability of the fighter. We have started doing that in a small way,” said, Ankur Kanaglekar, Director, India Fighters Lead, Boeing Defense, Space & Security adding it is expected to gather pace during the Aero India show next week.

The single-seat, twin-engine fighter F-15 has been the mainstay of US Air Force air superiority for 40 years, from the 70s through the millennium. F-15EX is the latest and most advanced version of the combat-proven, multi-role, all-weather day/night F-15 aircraft family that makes it relevant and contemporary for the next 30-40 years. The F-15EX can offer a future-ready, multi-role solution to the Indian Air Force in the form of unmatched payload, performance, and persistence by integrating leading-edge technologies, networks, and weapons and sensors, according to Boeing.

Boeing is bullish on India for both its defence and commercial aviation businesses, even as the COVID-19 pandemic has hit demand for air travel, forcing airlines to first get their finances in order before ordering new planes. “India’s aerospace industry is persevering through the global pandemic, which has brought significant challenges. The nation’s fundamental growth drivers remain resilient and robust, making India an attractive business destination globally, and Boeing is committed to the advancement of India’s aerospace industry,” said Salil Gupte, President, Boeing India.

Boeing expects domestic passenger traffic to return to 2019 levels by the end of this year, Gupte adding international traffic would return to pre-COVID levels only by 2023. According to the press statement, India’s large domestic passenger market relative to total passenger travel (domestic and international) presents an opportunity for a quicker recovery when the COVID-19 pandemic abates. India is expected to grow at a world-leading compound annual growth rate of 5.2 per cent through 2039.