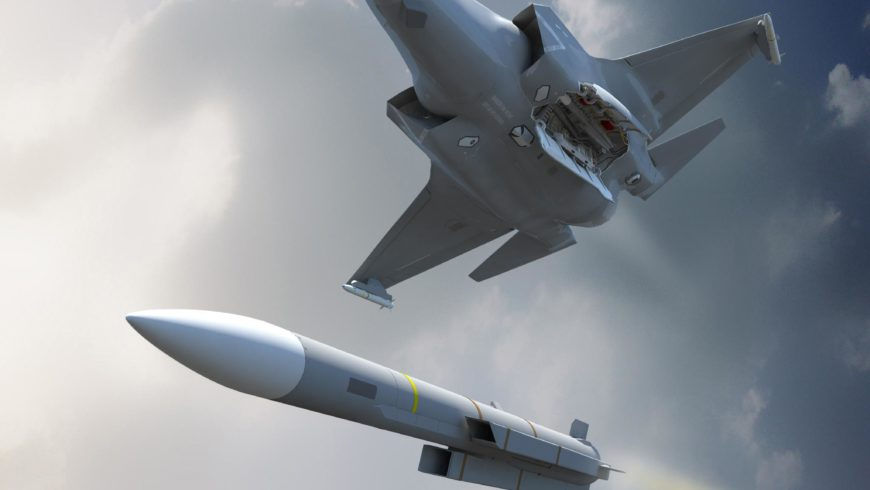 European defence major, MBDA, the maker of the Rafale’s game-changing weaponry, will be exhibiting a full range of missiles and missile systems designed to provide next generation air combat capabilities, including air dominance, strike and maritime engagement, for the Indian Air Force. Also exhibiting, MBDA’s joint venture with Larsen & Toubro, which will be displaying the systems it has offered to the Indian Armed Forces as well as its work on MICA missile launchers for the Indian Air Force’s new Rafale fighter aircraft.

Meteor is MBDA’s ramjet powered and network-enabled beyond visual range air-to-air missile, which is widely recognised as a game changer for air combat. Meteor is a six-European nation programme that will provide the key future BVR air-to-air armament for Europe’s new generation of combat platforms. The Indian Air Force is receiving this unrivalled system on its new Rafale aircraft.

At Aero India 2021, MBDA is displaying SCALP which is being delivered for the Indian Air Force’s Rafale aircraft The ability to deliver precision strike against high value targets such as well protected control bunkers/centres, key infrastructures and military installations from a safe stand-off distance is crucial in the early days of a conflict.

ASRAAM is being delivered to the IAF as its New Generation Close Combat Missile programme. ASRAAM gives it a high kinematic capability that delivers superior end-game performance for within visual range air combat. ASRAAM will arm the IAF’s upgraded Jaguar fleet, and potentially other IAF platforms.

MICA is being delivered for the IAF’s Mirage 2000 upgrade and for Rafale. It is the only missile in the world featuring two interoperable seekers (active radar and imaging infrared) to cover the spectrum from close-in dogfight to long beyond visual range. Its ability to fly out to BVR in passive mode before the seeker locks on in the final stages of the end game has earned it the nickname “silent killer” as the target has little time to react or to deploy effective countermeasures.

MISTRAL ATAM has been delivered to India to equip the HAL weaponised version of the Advanced Light Helicopter, the ALH Rudra. The system is based on two launchers each deploying two MBDA air-to-air Mistral missiles. Given the wide range of roles that the Rudra will have to undertake, ATAM will provide the helicopter’s crew with a weapon that is not only easy to use but one that can be operated in the whole flight envelope from nap of the earth to 15,000ft and at flight speeds from hovering to up to 200 knots. The same system has successfully undergone integration on the LCH platform also manufactured by HAL.

MMP is the only fifth generation anti-tank missile available in the world, and it has been designed for dismounted infantry as well as for integration on combat vehicles. The technologies pioneered in MMP will be further developed by ATGM5 in India for the specific operational requirements of the Indian Armed Forces.

EXOCET probably ranks as the world’s best known anti-ship missile. It is known in India where the submarine variant, SM39, has been delivered to the Indian Navy to arm its Scorpene submarines (Project 75). The AM39 version can be launched from Maritime Patrol Aircraft, strike fighters such as the Rafale as well as medium to heavyweight helicopters. The MM40 variant within the EXOCET family is suitable for launch from ships or from coastal batteries. Already in service, this latest generation EXOCET features 3D waypoints, low sea-skimming flight profile and the ability to strike coastal land targets as well as ships.