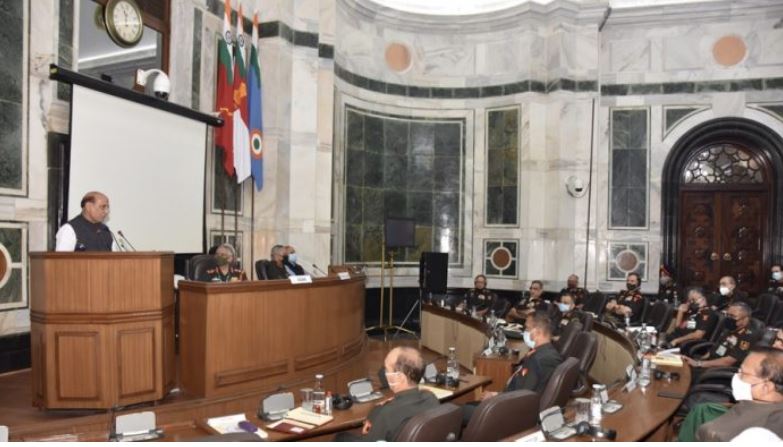 New Delhi: Stating that China isn’t showing “honest intent” in the ongoing talks over the tense six-month long stand-off at the Line of Actual Control (LAC) in Ladakh, Defence Minister Rajnath Singh Wednesday asked top Army Commanders to be prepared for any eventuality.

The minister was addressing the biannual Army Commanders Conference being held in the national capital.

“Batcheet imandari se hona chaiye par imandhari se ho nahi rahi (Talks should happen with an honest intent but honesty is missing from the talks),” sources in the defence and security establishment quoted him as telling the senior officers.

There has been a trust deficit and China’s intent has been questionable, the minister said, adding that the Army should remain “prepared for any eventuality”.Read more…