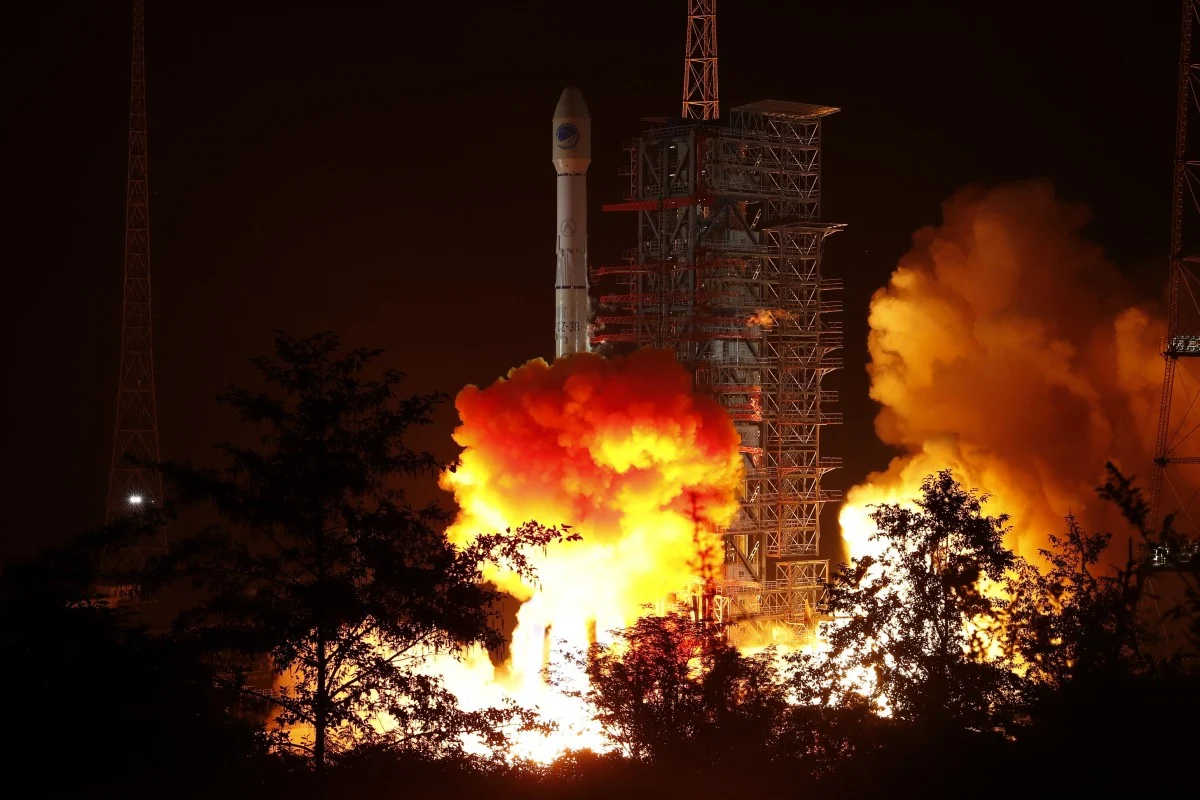 China’s space programme suffered another setback on Thursday night with its second rocket launch failure in less than a month.
Officials are investigating what caused a malfunction during the third stage of the Long March-3B launch after lift-off from the Xichang Satellite Launch Centre in southwest Sichuan province at 7.46pm with an Indonesian Palapa-N1 satellite, Xinhua reported.
“The first and second stages of the rocket performed well, but the third stage malfunctioned,” the report said.
“Debris from the third stage of the rocket and the satellite fell [to the ground]. The launch mission failed.” Read More…