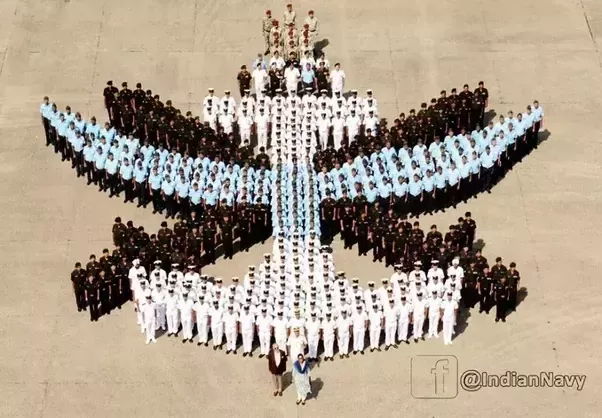 On a modern battlefield, jointness amongst the three services at the Theatre Level has become a necessity to achieve superiority over an adversary. Today, technology is being increasingly utilized to improve Situational Awareness on a near real-time basis. This is achieved through constant combat information sharing amongst the warfighting units, base stations and throughout the echelons of the Netcentric Command and Control networks. To obtain the actual evolving threat scenario, the forces have multiple set of sensors like radars, sonars, electro-optic detectors, satellites, observation posts established using Land, Sea, Air and Space-based platforms for an effective ISR (Intelligence, Surveillance and Reconnaissance).

Hi-tech sensors are ubiquitous in any battlefield to detect, track and analyse an aircraft, ship or even soldiers on the ground. This, in a way, makes every modern battlespace highly digitized and extraction of intelligence from a huge database becomes a challenge. Any Theatre Level operations shall be highly dependent on the sensor information collated centrally from ground forces, air defence radars and aircraft, ships and submarines or the space-based assets. These sensors pick up alerts on the commencement of any threat emerging and with the latest generation fast speed fighter jets and other platforms involved in a battlefield, such threats evolve rapidly.

On the integration of these multiple sensor digitized data, the fast dynamics of adversary action can be analyzed automatically using high-end processors and own assets can be deployed to counter enemy manoeuvres. This computation is highly complex and beyond human grasp, especially due to humongous sensor data set being presented rapidly. This combat information sourced (over a tactical Data Link) from multiple sensors on various platforms is shared, refined, filtered and analyzed using an automated Decision Support System(DSS) to know the best course of action. This mechanism also assists the Commander to monitor and guide any offensive launched to achieve the desired objectives.

Multi-sensor data fusion systems utilise the information reported by various types of sensors to create a single integrated comprehensive view of the Situation for faster decision making processes. Data fusion here relates to the technique of combining data received from multiple sources and this fused data becomes the input to the Decision Support System. The data reported on the same target by multiple sources is ideally more accurate and reliable than that from a single source. Numerous techniques like extrapolation algorithms, stochastic processes etc., are incorporated centrally in the Data Fusion processes to create one Common Tactical Picture (COP) for the task force units to act upon. The data collated from the units deployed in the Theatre is integrated centrally using a specialized Multiplatform Multi-sensor Data Fusion (MPMSDF) engine to create the COP. The COP is displayed on specialized Multi-Function Consoles (MFCs) where an operator has numerous options to control and execute the warfare functionalities and achieve an optimum weapon assignment. 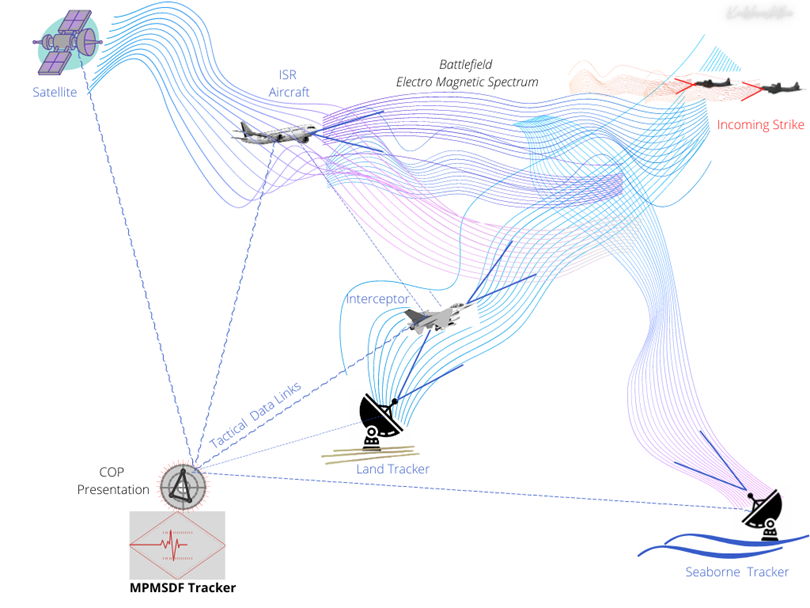 As per the standard radar techniques, a target is tracked to estimate the target’s kinematic parameters and other attributes to categorize these as Local-Air, Surface or Sub-Surface tracks. For these targets, bearings too are obtained from the EW (Electronic Warfare) equipment deployed for active and passive measurements. The tracks reported by the radars of the other platforms are designated as Remote Tracks in a similar category as Air, Surface or Sub-Surface track. The target track received from multiple tracks reported by various platforms are fused; thus the nomenclature – Multi-Platform Multi-sensor Data Fusion (MPMSDF) system. The process also involves the compensation of numerous factors like Parallax errors, Geo-coordinate errors, Systematic errors etc. The Data Fusion criterion is always every military’s Intellectual Property and this is the very reason for India to in-house develop its robust MPMSDF engine.

The spatial and temporal alignments are required to create the same Common Reference Frame in co-ordinates and real-time for the data received at the input of the MPMSDF engine. One global co-ordinate reference system supports the three-dimensional error corrections for various discrepancies like geo-reference system translation or GPS inaccuracies etc. Schemes to achieve a Common Reference Point to measure various alignment errors among the sensors has been attempted by fixing sensor positions concerning GPS antenna or ship’s Centre Line etc. Each unit undertakes static and dynamic alignment measurements regularly for the sensors as a part of routine checks. These values are meticulously recorded in the Data Book and updated regularly.

The Indo-US BECA (Basic Exchange and Cooperation Agreement for Geo-Spatial Cooperation), Agreement for GEOINT (Geospatial Intelligence) for data exchange on mapping and survey services for civilian and defence purposes shall play an important role for MPMSDF. Along with the track data being transferred among the net units, the alignment errors too are shared over the Tactical Data Link. The Indo-US Communications Compatibility and Security Agreement (COMCASA) shall enable the exchange of the tracks and the associated Data Fusion information between Indian units and Multinational Task Forces, once implemented.

Meanwhile, time synchronization is required for matching the instant of measurements for precise calculations. The synchronization of sensors as per a single Master Clock signal for time reference is utilised. Various techniques like Network Time Protocol or Rubidium Cock etc., have been explored but there are possibilities of errors during implementation. The satellite-based Position, Navigation and Timing (PNT) services are the most suitable solution. India’s own satellite-based NavIC Global Navigation Satellite System (GNSS) are the ISRO’s PNT services. However, the NavIC military-grade PNT services are still under development.

Common Operational Picture (COP) created using fused tracks shall be the start point for the Joint Operations at the Theatre level on Land, Air or Sea. The success of the three-dimensional Theatre Level Commands being framed presently is highly dependent on the fielding of an indigenous MPMSDF solution. Therefore, a robust MPMSDF engine for the creation of COP is required to be evolved indigenously since such parameters cannot be shared with a foreign OEMs. MPMSDF system development is a complex task and may take considerable time to be deployable. There is a large amount of optimization through trials which are required to evolve an MPMSDF system for the tri-services to jointly use.