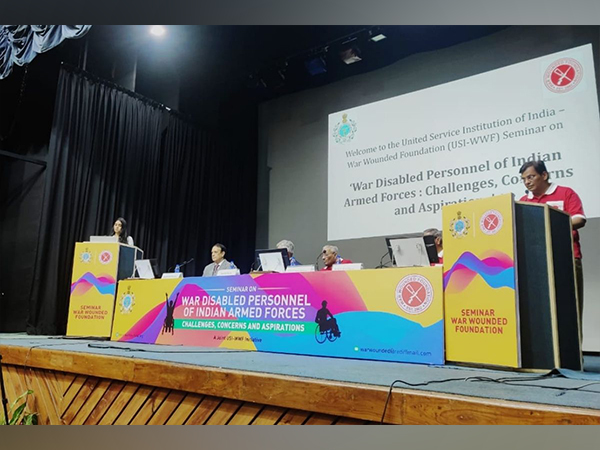 Dealing With The ‘War Disabled’: Nation Must Measure Up

It’s not just the duty of the government to tend for the war-wounded; citizens too need to chip in. That was the message former Army Chief Gen VP Malik (Retd) sent out at a recently held seminar in New Delhi.

“It was their concern for the country and its citizens that drove them to the battlefield. Now it’s the turn of the citizens,” Gen Malik (Retd) told nearly 100 ex-servicemen at a seminar titled ‘War Disabled Personnel of Indian Armed Forces: Challenges, Concerns and Aspirations’. He struck a note of caution as well: “if the war-disabled are not assisted and honoured, future volunteers may think twice before opting to join the armed forces”.

The seminar was organised by ‘War Wounded Foundation’, an NGO formed in 2002 with the aim to ensure that ‘war-disabled’ personnel become productive citizens by participating in the economic development of the nation.

The foundation’s president, Lt Gen Vijay Oberoi (Retd) who lost his right leg in the India-Pakistan war of 1965 but soldiered on to retire as the Vice-Chief of Army Staff, told the gathering that ‘war-disabled’ soldiers must be duly compensated and treated with respect.

Speaking to Bharat Shakti before the event, Lt Gen Oberoi (Retd) said that a majority of the troops who hail from rural areas prefer to return to their roots after their service in the defence forces and are not inclined to take up jobs in cities. To supplement their pension income, the NGO has helped the personnel become ‘soldier entrepreneurs’ and wholesalers.

Over time, to cater to the needs of younger members, the foundation also started imparting ‘skills training’ focusing on computer training, spoken English, repair of electronic items like TV, radios, even cycles etc. If older ‘war-disabled’ personnel were not inclined to take up such offers, it was made available to their sons or daughters so as to supplement their family income.

To help paraplegic and quadriplegic veterans, the foundation has been providing powered wheelchairs; it has been building toilets, also helping install electricity and water connections wherever they were missing.

The seminar also marked a change in guard, with Lt Gen Oberoi (Retd) and Maj Gen Ian Cardozo, who have been at the helm of the foundation since 2002, passing on the baton to a younger team, headed by Lt Gen Asit Mistry (Retd), former Commandant of the National Defence Academy.