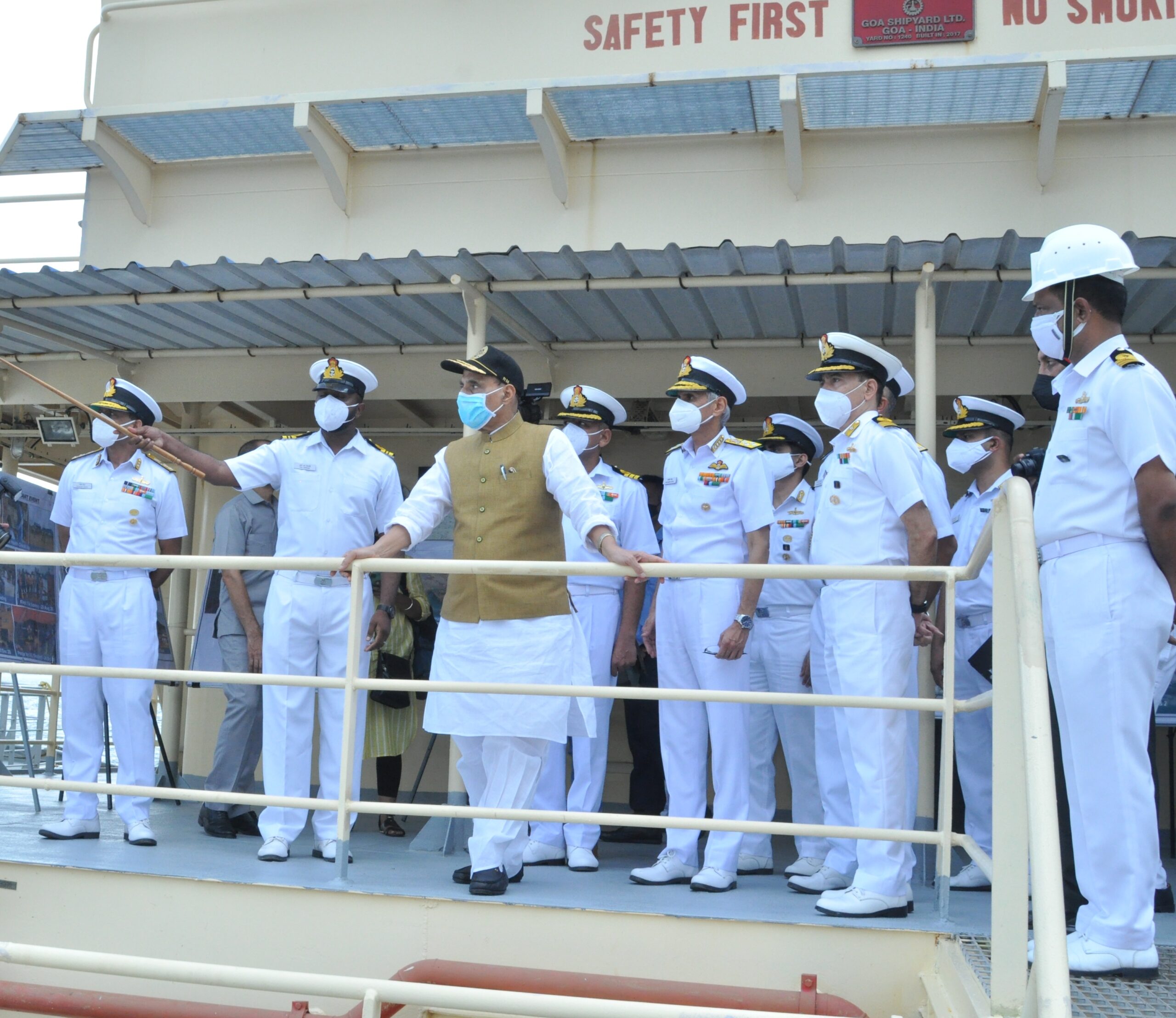 Defence Minister Rajnath Singh visited the Karwar Naval Base in Karnataka on 24 June to review the progress of ongoing infrastructure development under ‘Project Seabird’. While reviewing the work, he said the naval base being developed here should be Asia’s biggest, and he would try to get budget allocation enhanced for it if required. He also said India should aim to be among one of the top three naval powers in the world in the next 10-12 -years -time.

Rajnath Singh inspected the ongoing works at the Naval Base and received on-site briefings including capability demonstration at the Shiplift Tower. He also undertook a tour of the Naval Harbour and reviewed the marine works/infrastructure being developed as part of Project Seabird Phase II-A as also the operationalisation of piers. 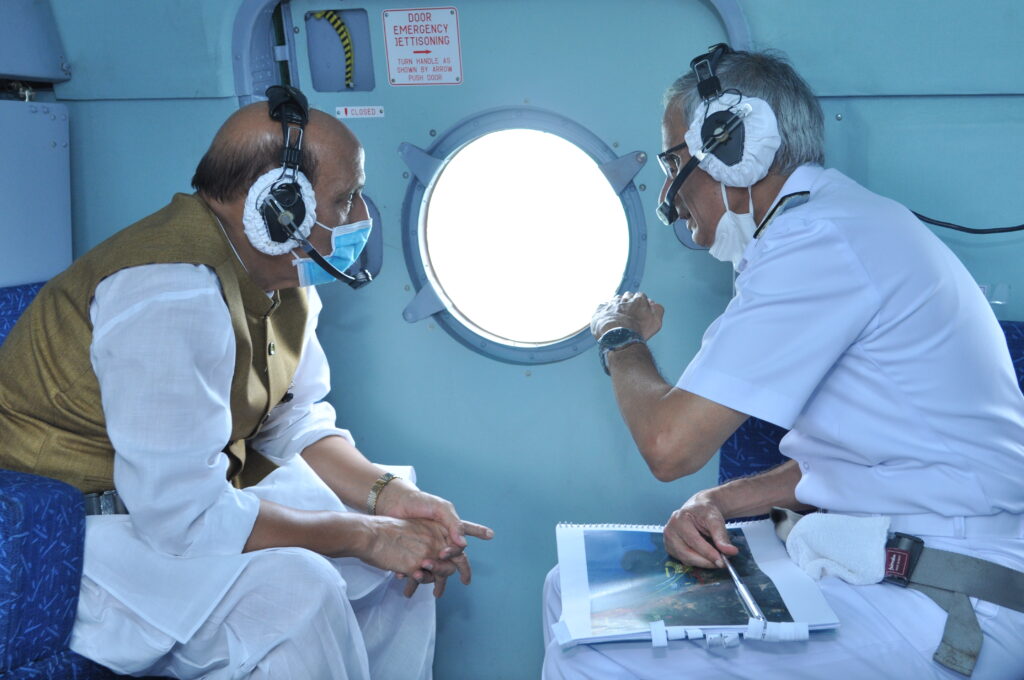 He was accompanied by Chief of Naval Staff, Admiral Karambir Singh for an aerial survey of project area and sites before arriving at INS Kadamba Helipad.

Addressing the Indian Navy officers and sailors, he said, with the completion of the project, not only India’s defence preparedness will be strengthened, but also the country’s trade, economy and the humanitarian assistance that it provides will gather more strength. 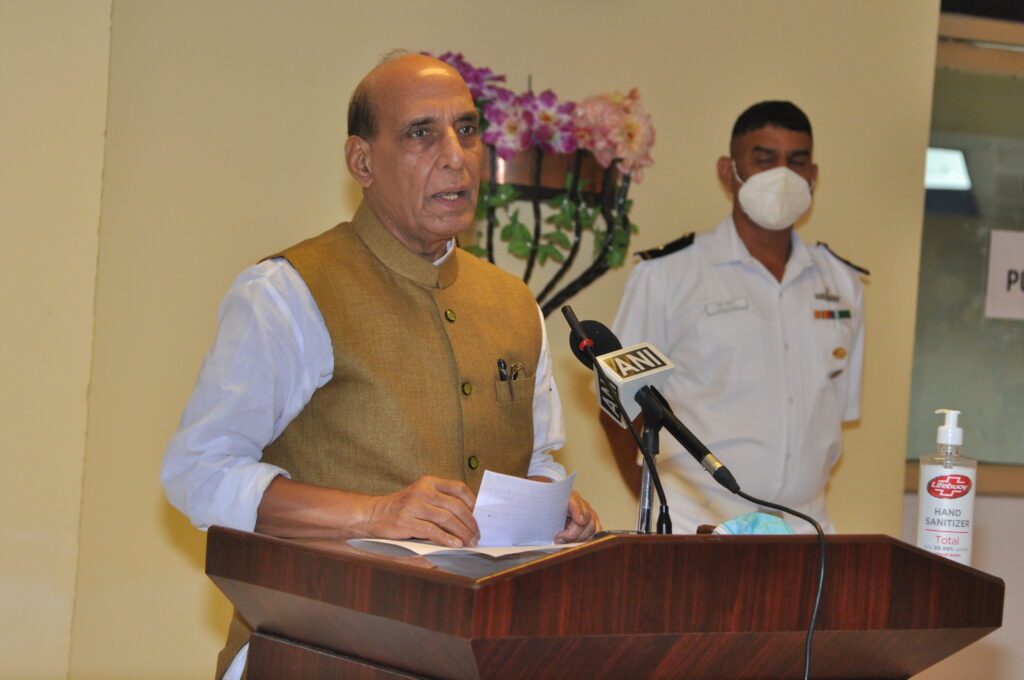 In the efforts to boost self-reliance in the Indian Navy, Singh said more than two-thirds of the Navy’s modernisation budget has been spent on indigenous procurement in the last five financial years. Lauding the Navy’s commitment towards ‘AatmaNirbhar Bharat’, he stated that out of the 48 ships and submarines, 46 are being inducted through indigenous construction.

Defence Minister described Indigenous Aircraft Carrier Vikrant as a shining example of the Navy’s self-reliance efforts. He said the commissioning of Indigenous Aircraft Carrier Vikrant will be a momentous occasion in the history of Indian defence as it is coinciding with the 75th anniversary of India’s Independence. He expressed confidence that the Indian Navy will become one of the top three Navies in the world in the coming years and continue to play a crucial role in protecting the nation.

This naval base in Karnataka is important for the navy’s future operations on the western front. The first phase of the naval base, called Operation Seabird, was completed in 2005 and the second phase started in 2011. A 3,000 feet-long runway, docking space for 30 warships, hangars for aircraft are all part of the Rs 19,000 crore project spread over 11,000 acres of land.