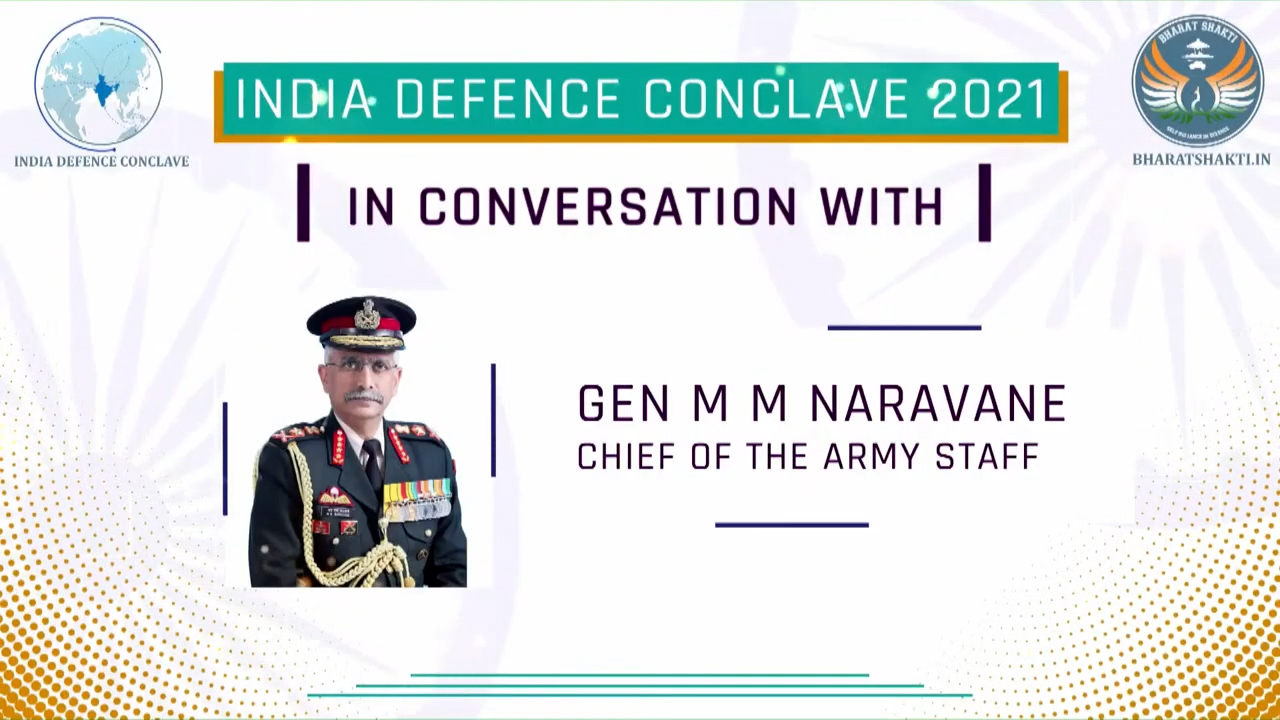 Disclosing about the latest defence procurement he said “over the last year when powers were delegated to the services to carry out certain fast track procurements under the provisions which exist in the defence acquisition procedure (DAP) those provisions were invoked and by virtue of that we were able to carry out these procurements in a faster timeframe. In the last 12 months or so this procedure has been invoked and we were able to conclude 11 contracts worth 16,000 cores in a period of just 12 to 15 months with delivery periods of one year from the signing of the contract”.

Interacting with Nitin Gokhale, Founder and Editor-in-Chief of BharaShakti, during the Indian Defence Conclave hosted on 21 October, the Army Chief observed that the development is a game-changer for the domestic defence industry.

“Such large volume has never been done in a year and year of half period. It was very heartening for all of us to know that a majority of this more than 55 per cent of this for indigenous contracts, indigenous content. More than 50 per cent of that has gone to MSMEs and that is really enthused our local industries – specially the MSMEs who know that they also have a chance even against bigger and more established players to make an inroad into the defence industry. This has definitely been a game changer that can become the normal way of functioning and that would be to our advantage as far as speeding up our capability development is concerned,” Gen Naravane said.

Commenting on the current situation of the military standoff with China in the eastern Ladakh, Army Chief said we should not expect a favourable outcome in every round of talks being held with China to settle border issues and points of divergence with the neighbouring country will be resolved as long as both the nations keep talking,

“From the situation that existed about a year ago definitely things are better and more stable now. We had a number of rounds of talks and as a result of those talks, we have been able to achieve a fair amount of disengagement. But what I would like to put across is that we should not expect a favourable outcome in every round of talks. There are always going to be points of convergence, some differences, As long as we keep talking, we will be able to resolve those points of divergence and come closer and closer together and resolve all the issues which are there,” Gen Naravane observed.

Dwelling on the issue he further said “as we know there were 4-5 points of friction. We resolved all but one. I am sure with another couple of rounds as we proceed we will be able to resolve these issues but we are not letting our guard down. Even as the talks were in progress we have done a certain amount of revisit of our threat perception, to carry out a certain amount of rebalancing of our forces, side by side we have done major improvements in our infrastructure in eastern Ladakh. And not only in eastern Ladakh but across the whole of the northern borders. We are not only focused on eastern Ladakh but the entire northern front is being looked at in a very holistic manner and these developments are being carried out everywhere”.

Gen Naravane informed the audience that the armed forces are ready to take on challenges if these are forced upon them. “We are not for a moment letting our guards down or imagining that things can’t worsen in the future but there is always a hope that all the issues can be resolved through dialogue and discussion but if the situation is forced upon us then we are always ready to man the borders and protect our territorial integrity and sovereignty. This is a year-round affair. It is not that it is only the in summer months and campaigning season – be it summer or winter weather it is deep snow or whatever be the challenges of climate and terrain we are ever ready 24X7 to take on whatever thrown at us,” the Army Chief said.

He also observed that because of the military standoff India’s threat perceptions have got crystallised. Through the emergency powers which were delegated to the armed forces, a lot of voids have been addressed in a short span of time. “So definitely it has helped us in many ways,” he said. 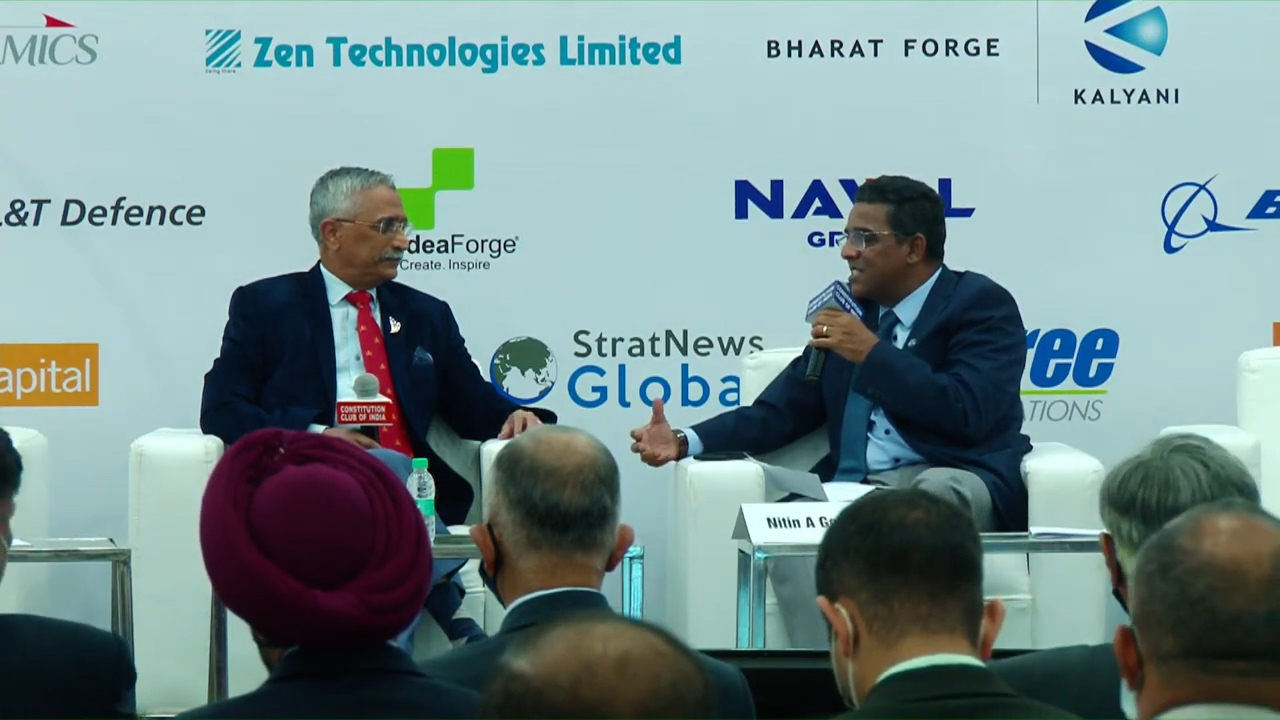 Earlier this month, India and China failed to make any headway in resolving the 17-month standoff in the remaining friction points in eastern Ladakh during the 13th round of military talks between the two countries.

Speaking on the sudden surge in violence along the Line of Control (LoC) in the western front bordering Pakistan, Army Chief admitted that there has been an increase in activities in the last two and half months which is sponsored by the western neighbour. Without their support, terrorism in Jammu and Kashmir would not survive. Unless they admit to that and bring an end to it there can’t be any improvement in the situation.

“When in February the ceasefire understanding was reached between the DGMOs there was a lull in the Line of Control. There has been no ceasefire violation from February till about the end of June and early July. During this period not only there was no ceasefire violation but even the other trans-LC activities which normally takes place, infiltration attempts and things like that had also seen a downturn. But from about the beginning of July, there has definitely been an increase in these activities and a number of infiltration bids have been made. We have been able to find a few of them but definitely there has been an increase in activities in the last two and half months or so,” Gen Naravane said and went on to observe that “but we have plans in place, strong counter-terrorism, counter-insurgency grid and the deployment that is carried out as per the situation are reviewed time to time and these activities will continue. But there is no denying the fact that it is being sponsored by our western neighbour and without that support, this terrorists in J&K could not be able to carry out these activities unless they have this state sponsor or state backing. Unless they admit to that and bring to an end to it I don’t think there can be any improvement of this situation”.