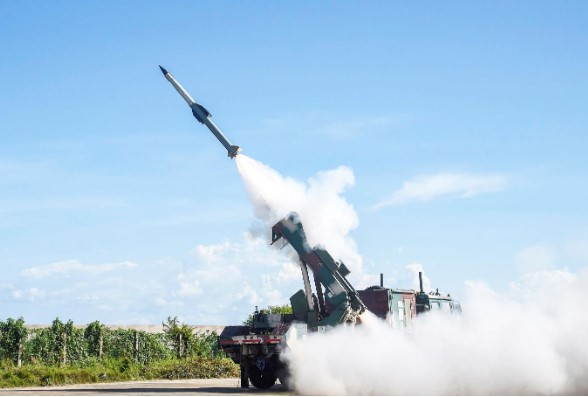 Defence Research and Development Organization (DRDO) will display a wide range of around 430 products encompassing strategic and tactical weapon systems, defence equipment and technologies developed at DEFEXPO 2022, the Ministry of Defence (MoD) said in a statement. DEFEXPO 2022, the 12th edition of Asia’s most prominent defence event, will be held in Gujarat’s Gandhinagar from 18-22 October.

The central theme for this year’s DRDO participation is based on the 3D (DRDO, Designed and Developed) ecosphere, highlighting its strong linkages with industry and Academia. The DRDO will also showcase technological advancements made by its laboratories and its partnerships with the industry in recent years while representing a high level of indigenousness in advanced and futuristic defence products and technologies that contribute towards Atmanirbharta (self-reliance) in Defence, the statement said.

“The DEFEXPO 2022 will highlight the theme ‘Path to Pride’ aligned with ‘India at 75’ and ‘Atmanirbhar Bharat’, encouraging the industry and the citizens to join in and contribute towards nation building,” according to the Ministry release.

It aims to further the narrative of ‘Make in India, Make for the World’. The overall event will showcase various indigenously designed, developed, prototyped, and produced Land, Naval, Aero and Homeland Security systems and technologies.

This year, several technologies developed for land-based, naval, and air-based systems will be showcased through experience zones – a closed-room immersive cinematic experience. For the first time, Advanced Combat Aircraft (AMCA) simulator will also be made available to experience, among other augmented and virtual reality Naval, Land and Air product simulators. A holographic deck providing a 3D experience of over 30 defence products will be present at the hall to gain insights into the intricacies of weapon designs.

The exhibition will also host the 2nd edition of the India-Africa Defence Dialogue (IADD), extending invites to 53 African countries. A separate Indian Ocean Region plus (IOR+) conclave with the participation of approximately 40 countries is also on the anvil.