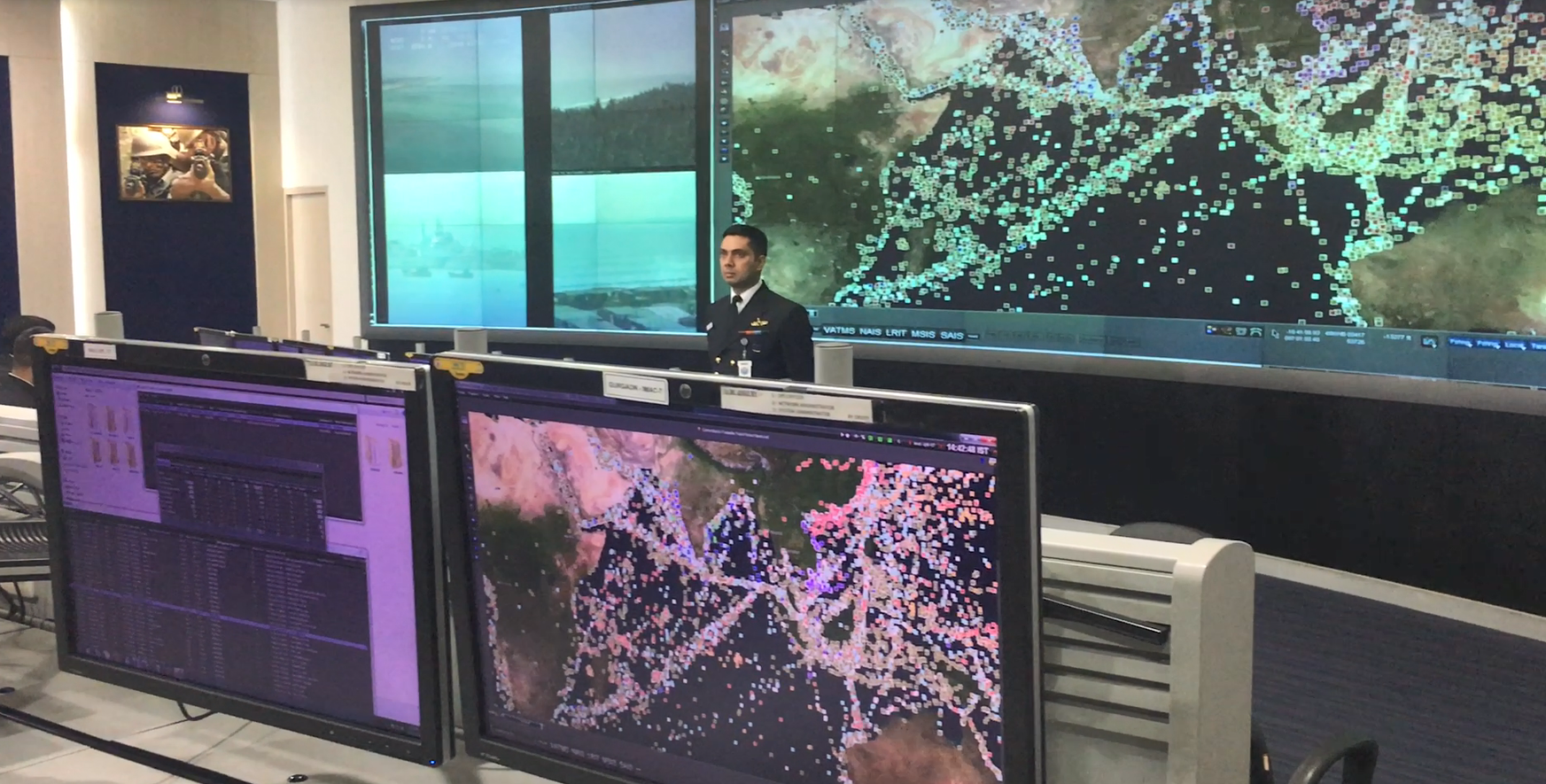 The armed forces of all nations are having to re-think their doctrines with technologies disrupting the ways and means of conducting conventional and non-conventional operations. The major focus of big powers today remains development of disruptive technologies to win battles at the least cost. It’s an area where India has the necessary talent to create ripples. The skinware that has propelled Microsoft, Google, Amazon and dozens of other companies to the top of Wall Street charts is populated by large numbers of techno savvy Indians. If the human-resource assets in our leading technical institutions are given the right opportunity we could witness dramatic results.
The author elaborates the issues involved as a prelude to the Army technology Seminar due to be conducted very shortly.

‘Disruptive Impact of Emerging Technology on Land Warfare’ is the chosen theme of the Army Technology Seminar this year. I think it is terrific that the Army has ventured into the field of disruption and technology. At the outset my compliments to those who were in the decision loop to adopt this theme. They dared to think. Now that they have dared to think, they will get ideas and views which will be of great use in times to come. However, this is only a beginning and there is a lot of distance to traverse. The road ahead is rocky and hard. People who have dared to think also have the responsibility to convert this dream into action which bears results for the next generation of the Indian Army. 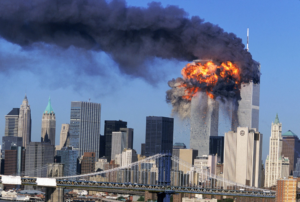 DMA through Ideas is probably the purest, simplest and most effective form. During the Yom Kippur War, a lieutenant of the Egyptian Army suggested using water jets with normal pumps to cut down the Suez Canal Banks in order to prepare the far banks for establishment of crossings over the Canal. It was wildly unimaginable. When executed, it led to breaching the hitherto fore impregnable Bar Lev line in double quick time and catching the Israelis flat footed. Who can forget Al Qaida using civil airplanes to bring down Twin Towers to strike terror at the heart of USA.In my estimate these two events are the best examples of idea-based DMA. Totally innovative, original, effective and ‘Disruptive’. To imagine, adopt and execute disruption at such scale needs an unfettered and unstructured mind to ideate and an equally flexible mind to see the sheer brilliance. That’s a very big ask from modern, structured, formal and huge militaries or their leaders. DMA through ideas is beyond the normal and needs greater deliberation and thought. We need to give our audacious young minds the head. They will deliver.

Cost based disruption has been practiced by many militaries and countries through time. Consider this. A country wants to buy a latest weapon system. There are many competitors. Being the latest weapon system, probably with denied technology, the costs are high. So, it starts a program to develop the weapon system. When the program gains credibility and some substance, it starts disrupting costs. As the program matures and progresses, cost disruption is geometric in nature. If the program is successful, cost inversion takes place! Two examples come to my mind in our context. The Missile program in the military field and space program in the non-military field. From being net high cost importers we have disrupted the field and have become net low-cost exporters. There are many such examples in the military field even in our context. They must be recognized and practiced more often.

Technology based DMA is easiest to grasp but difficult to implement. That is for many reasons including the fact that emerging technologies are many, but the technology revolution is disrupting itself. However, from many perspectives there are technologies which have been identified as disruptors. These include Internet of Things (IOT), Artificial Intelligence (AI), Space Colonization, 3D Printing, High Speed Travel, Robotics, Block chain Technology, Autonomous Vehicles, Advanced Virtual Reality and Renewable Energy. These technologies have huge potential for DMA. However, besides these, there are other technologies which are already playing their part in DMA like Propulsion Technology, Sensor Technology, Digital Revolution, Energy Harnessing and Direction, Space Platforms, Navigational aids and new Material Technology to name a few. There is a technology revolution which is taking place and it is going to shape future militaries and the way wars will be fought. We must be on board this revolution. India can not afford to miss the bus. 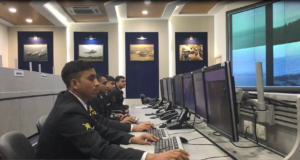 Let us then focus on technology-based DMA. Are these technologies available in India? The answer is yes and no on a case to case basis. Will they cause DMA? Potentially yes. However, they need to be nurtured lest they flicker out like a candle in the wind. The trick lies in identifying where these technologies exist, how they are nurtured and brought into the mainstream for deployment and use in battle. This needs amplification. Most of these technologies are being developed by young minds for civil use or as part of basic research. Military orientation of these minds is minimal. Military methods and procedures are alien to them. Hence, they must be uncovered and brought to the fore. On the other hand, the military mind is not yet fully tuned to these technologies. Also, militaries are structured and rigid in their approach. Most militaries are loath to go through the development cycles which are needed to convert these technologies into disruptors. The gap between the two represents the slip between the cup and the lip. That is a real challenge. So, what should Indian Army do to close this gap, harness disruptive technologies and bring about DMA?

To put it in a nutshell, in case Army wantsto move towards technological DMA, it must carry out surgical strikes on its existing thinking and the way it conducts business. First and foremost, it should be prepared to invest time, effort and money with an open mind to adapt these technologies to the battlefield. Failures and setbacks must be acceptable. There must be flexibility and speed in the system to spot and grasp the opportunity. Most importantly the Indian Army must be prepared to change. It must shed its Anti Disruption – Status Quo image. All this constitutes a tall order since it involves a change in ethos with an ability to take risk. Side by side there must be a quantum increase in knowledge and technology awareness. However, if there is will there is a way.

The next question is how to discover and foster disruptive technologies which can then lead onwards to DMA.Disruptive technologies are being studied and discovered in our technical institutions and IITs. These should be brought to the fore through a series of seminars, demonstrations, competitions and focused workshops. Specialized Army research cells/centers should be established in IITs/ technical institutes of repute. Incubation processes should be put in place. Bridges need to be built between the Army and select IITs. There must be deep and constant interaction between the developers and users to guide and mentor young minds to produce disruptive defense technologies. Repeated reviews are part of the process. Select industry must be coopted wherein production processes and technologies can convert ideas into weapon systems. If industries do not exist, incubation of startups and MSMEs will be the order of the day. 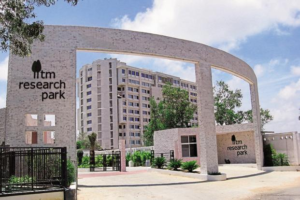 In this connection it is recommended to the Army that the IIT Madras Research Park with its incubation facility and it’s Centre For Innovation (CFI) should be actively exploited. These are unique and one of their kind. Incidentally, The Training and Doctrine Command (TRADOC) of USA follows the model of investment and exploration of intellectual capacity in universities on a global scale. We can do it on a much smaller scale suited to our needs. In this sphere DRDO, OFB, DPSUs and private industry should also be coopted to support and provide assistance. In no way should the projects be handed over to them; in which case the projects could be disrupted themselves. In all conditions, Army must take the lead and maintain a hands-on grip on the reins. The MOD must be on board to support any initiative in this direction.

Like I have written elsewhere, our students from our institutions have powered Microsoft, Google, Pepsi, Amazon and other international players to global eminence. Many of these international players have set up research facilities in India from where they produce(d) technologies which are proven disruptors. They have a model where they take ideas from our talent pool, invest in them, refine them, convert them into products of international repute and grow into multinationals. It is time we study these models and suitably adopt them. It is apparent that that they are doing something right and we are not doing that. No harm in copying those models suitably.

The forthcoming Army Technology Seminar on Disruptive Impact of Emerging Technology on Land Warfare’ is a harbinger of hope. It should provide a platform to our young innovators to showcase nascent technologies and ideas.. The Army Design Bureau has dared to choose a dynamic topic. They must follow it up by encouraging and giving opportunity to those who have the capability to come up with technologies which will lead us to DMA rather than going on the beaten path with the usual suspects. There has to be long term plan and action to match this vision.