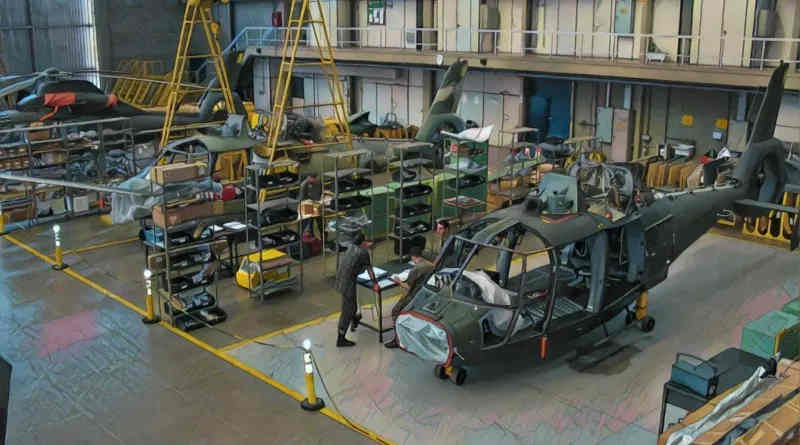 DPP 2020: New Procurement Norms on Anvil to Give Fillip to Defence Industry

In a bid to give fillip to the domestic defence industry, the Ministry of Defence (MoD) will introduce new chapters on post-contract management and procurement of ICT software and systems. The MoD is also planning to reserve procurement less than Rs. 50 crore per year for MSME sector.

These chapters will be also placed in public domain shortly as part of the draft of Defence Procurement Procedure (DPP) 2020, a top official said during a closed-door online interaction with ASSOCHAM and defence industry representatives.

“New chapters on post-contract management that is still not put out in the public domain and a new chapter on procurement of ICT software and systems where probably a much faster mode of procurement compared to the regular mode of procurement in the DPP is required and that will be coming out,” said Apurva Chandra, DG Acquisition, Ministry of Defence.

Chandra said that in the draft of DPP 2020 which was put in public domain in March just before the lockdown, the focus as always is on increased indigenisation, giving impetus to Indian industry and at the same time providing adequate capabilities to the armed forces.

“So taking that into account this time a new arena has been opened with leasing being introduced which was not there earlier. So leasing will be a totally new area and considering the budget constraints also that will probably open a new area of acquisition for the armed forces which will develop over the next few years,” he said.

Noting that indigenous content and how to measure it has always been a contentious issue, DG, Acquisition said, “With the support of industry and what they had suggested, we have come out with a new methodology on how indigenous content is to be measured and that is a very objective sort of criteria which has been suggested by the industry itself.”

Talking about the changes in DPP 2020, Chandra informed that it has been tried to reduce the load on industry in terms of bank guarantee, besides trial and quality acceptance procedures have been made more transparent. “These are the changes that may not be visible upfront but those who are operating the DPP and actually participating in the contracts will feel the difference once this is approved and gets operationalised.”

Responding to industry representatives’ comments on raising FDI limit in defence production from 74 per cent to 100 per cent, he said, “I think it is a big step that we have moved from 49 per cent to 74 per cent and we should celebrate that rather than pitching for 100 per cent as it does not make much of a difference since you have direct control.”

Strategic partnership was formulated in 2016 and we have already moved ahead in two cases where we have 49 per cent and 51 per cent for the foreign OEM and Indian SP. Here we will be operational using incentivization for transfer of technology and other things.

On the issue of strategic partnership which was formulated in 2016, the DG Acquisition said, “I do not think we contemplate any change because we have already moved ahead and we are already incentivising transfer of technology and other things.”

Making a very positive statement for Indian MSMEs, he informed, “We are contemplating to reserve any procurement less than Rs 50 crore per year for MSMEs within India, if such products are available within the country.”

ASSOCHAM Secretary General, Deepak Sood welcomed the draft DPP 2020 as it addresses key issues, saying “by including new clauses like leasing as a category while also formally including iDEX and Open Competition which should benefit the start-ups and other companies alike. With the revised definition of MSMEs, the section of this segment involved in the sector will also get the much-needed impetus.”

SalilGupte, President of Boeing India, said “DPP 2020 brings forward new concepts and procedures such as the leasing of equipment as a new mode of acquisition, smoother execution of contracts and the long-term sustainment contracts for the entire lifecycle of the product. However, there is potential to revaluate the parameters for discharging offset obligations and its practical implementation. Defence offsets are regarded across the world as a key enabler of industrial development, driving economic benefits and growth by providing skilled jobs, growing foreign investments, and enabling the transfer of advanced technologies.”

Gupte further stated that to fully achieve the objectives of Make in India the country needs to provide positive incentives to OEMs towards investments in the development and growth of the entire local A&D ecosystem, expansion and skilling of talent pools, generation of increased employment, and up-gradation of vital technologies.

In his address to the webinar, Rajinder Bhatia, President & CEO, Bharat Forge Limited said, “Draft DPP is a transformational document which has evolved with the help of industry and has the potential to bring about marked change for the better in the acquisition process.”

Sharing his perspective, Ashish Saraf, Head of Region – India & South Asia, Airbus Helicopters said, “The draft DPP is a welcome step towards enhancing India’s self-reliance in defence equipment requirements. With some further improvements, the DPP can eliminate inequitable loopholes and establish a level-playing field to realise the entire gamut of India’s strategy and ambitions in the aerospace and defence sector.”

“The DPP is an evolutionary document, and with its intent to increase indigenization, it will continue to benefit from stakeholder interaction and inputs. The Draft DPP 2020 has included many progressive clauses and with the suggestions that would have been received from industry. We hope the formalised DPP 2020 would go a long way in addressing and resolving most of the concerns raised,” shared NilayaVarma, Co-Founder & CEO, Primus Partners.

Dr.S.C. Kansal, Chairman, SM Group said, “The DPP 2020 draft intends to achieve broad objectives of a smooth procurement process by removing procedural bottlenecks. It has laid stress on Innovation and promoting the ‘Make in India’ in defence. Several new concepts, procurement categories and special procedures have been included which will add a paradigm shift in procurement of defence equipment. With incorporation of minor changes in the Draft as suggested by the industry, I feel it will go a long way in strengthening indigenous Defence Manufacturing.”