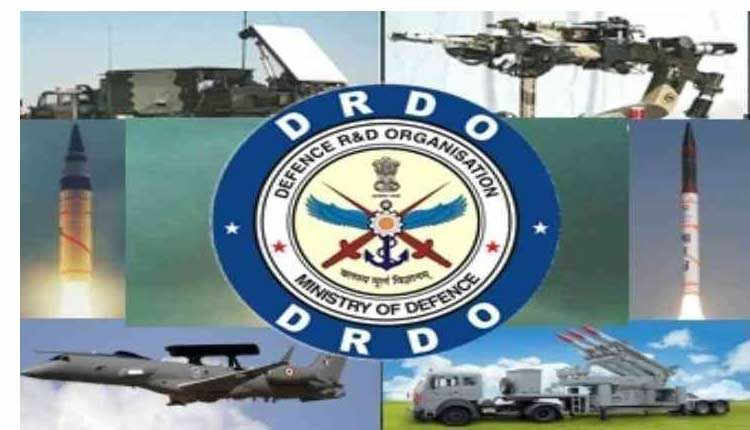 The Defence Research and Development Organisation (DRDO) is ushering into a new phase of reforms aimed at developing futuristic military weapons and supporting the government’s initiative to boost domestic defence manufacturing. A high-level committee has been appointed to suggest measures and chart out a roadmap to redefine the charter of the DRDO laboratories on the issues of current and futuristic technologies.

The Ministry of Defence (MoD) has already outlined its broad roadmap to make India a hub of defence manufacturing and has been taking policy initiatives to promote the domestic industry. On 9th August, Defence Minister Rajnath Singh had announced that India would stop the import of 101 weapons and military platforms like transport aircraft, light combat helicopters, conventional submarines, cruise missiles and sonar systems by 2024.

In response to the government’s decision, the DRDO on 24th August identified 108 military systems and subsystems like navigation radars, tank transporters and missile canisters for design and development by the Indian industry only. This initiative was in sync with building an ‘AtmaNirbhar Bharat’ in defence manufacturing. The premier organisation said it would provide support to industries for design, development and testing of these systems.

India is one of the largest importers of arms globally. According to estimates, the Indian armed forces projected to spend around $130 billion in capital procurement in the next five years. The government now wants to reduce dependence on imported military platforms and has decided to support the domestic defence manufacturing. The MoD has set a turnover goal of $25 billion (Rs 1.75 lakh crore) in defence manufacturing in the next five years that includes an export target of $5 billion (Rs 35,000 crore) worth of military hardware.

Over the years, DRDO has substantially enhanced the technological capabilities of Indian industry through various policy initiatives, sustained engagements and sustained technology transfers. DRDO is taking these efforts to the next level to transform India into a hub of advanced defence technologies, developing state of the art defence equipment and systems.

Government policies, especially concerning ‘Make in India’, ‘Start-up India’, ‘Stand up India’, ‘Skill India’ and ‘Atmanirbhar Bharat’ have provided many new opportunities. These are being leveraged to develop defence R&D and manufacturing eco-system in the country.

Details of the major policy initiatives/SOPs/Guidelines of DRDO are listed here for the benefit of the Indian industry to collaborate with the premier agency:

DRDO is developing critical defence technologies and systems to cater to the need of Indian Armed Forces and other security agencies. The laboratories of DRDO have state-of-art infrastructure including ‘Test Facilities’. DRDO enables the Indian industry (Private/Govt/DPSUs/PSUs) engaged in defence manufacturing (including under ‘Make in India’ initiative) to utilise these test facilities in the development of systems and products for Indian Armed Forces.

‘Proof & Field Firing Ranges’ and ‘Test Facilities’ of DRDO will be available to Indian industries for the purpose of testing.

The access to ‘Test Facilities’ and ‘Proof & Field Firing Ranges’ will be provided to Indian industries as per the SOP/guidelines of DRDO Labs (https://www.drdo.gov.in/test-facilities) and the SOP of Department of Defence Production (https://www.makeinindiadefence.gov.in) respectively.

The list of test facilities and corresponding DRDO labs are available on the website https://www.drdo.gov.in/test-facilities. Industries may approach the concerned lab Director for utilising the same.

Directorate of Industry Interface and Technology Management (DIITM), HQ DRDO will be the central agency at corporate level for industry interface. Industries may approach Director, DIITM for clarification and support, if any.

Registration of Industries for use of Test Facilities

Test facilities are extended to the registered industries only. Those not registered with DRDO may register with the concerned laboratory for the purpose of testing only. Testing support will be given only to developers and manufacturers of indigenous products. DRDO reserves the right of providing test facilities. Verification will be carried out by the concerned DRDO laboratory if required.

Indian industries desirous of utilising the test facilities are required to approach the concerned DRDO laboratory, which will examine the requirement to ascertain whether the test can be undertaken. The tests will be carried out under the supervision of DRDO personnel only. However, industry representatives may witness the tests, however, the results provided by DRDO are final.