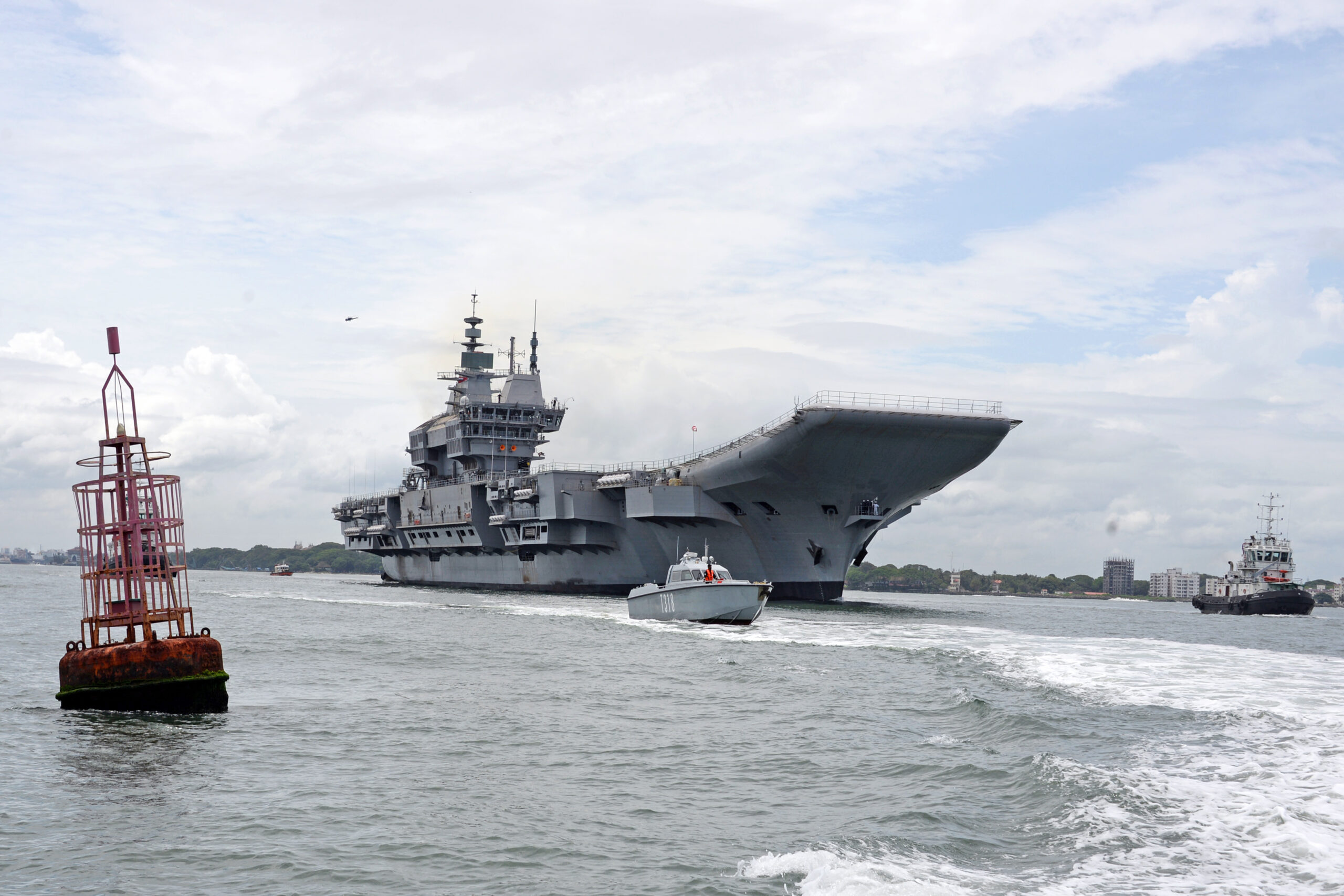 The Indigenous Aircraft Carrier (IAC) 1 (P71), which will be rechristened INS Vikrant once it becomes fully operational with the Indian Navy in a year, hits the water for its sea trials, the last phases of trials from Kochi on 4 August. It is a machinery sea trail that will measure the ship’s performance and seaworthiness. During the maiden sailing, the ship’s performance, including hull, main propulsion, PGD and auxiliary equipment would be closely watched.

It is the first aircraft carrier designed and built in India. The IAC 1 has put India in a select league with only the US, UK, Russia, France and China having the capability to build aircraft carriers. India currently operates a solitary aircraft carrier, INS Vikramaditya, bought second-hand from Russia. To defend the vast Indian Ocean Region, India is looking to have a second aircraft carrier desperately. Having an aircraft carrier is essential to be considered a ‘blue water navy, one that can project a nation’s strength and power across the high seas.

IAC-1 is designed by the Indian Navy’s Directorate of Naval Design (DND) and is building at Cochin Shipyard Limited (CSL), a public sector shipyard under the Ministry of Shipping. The IAC is a leading example of the nation’s quest for “Atma Nirbhar Bharat” (self-reliance) with more than 76 per cent indigenous content, the Indian Navy said in an official statement.

According to the Navy, the IAC is 262 meters long, has a beam of 62 meters and a height of 59 meters. It has 14 decks, including five in the superstructure, 2,300 compartments and it can accommodate a crew of 1,700, including women officers. The ship has been designed with a very high degree of automation for machinery operation, ship navigation and survivability and it can accommodate an assortment of fixed-wing and rotary aircraft.

The Indian Navy hailed the “proud and historic day for India as the reincarnated Vikrant sails for her maiden sea trials, in the 50th year of her illustrious predecessor’s key role in the victory in the 1971 war”.