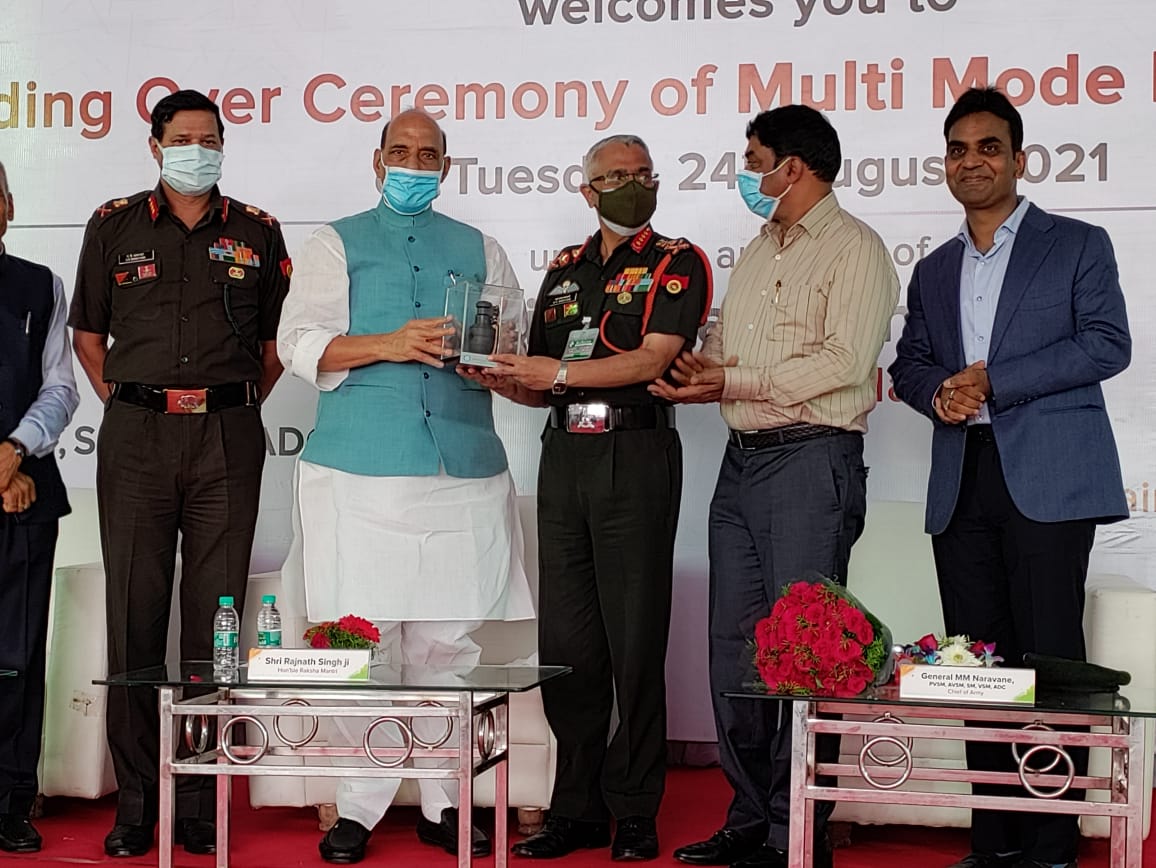 Addressing the gathering, Rajnath Singh termed the handing over of MMHG as a shining example of the increasing collaboration between the public and private sectors and a big step towards self-reliance in defence manufacturing.

“Today is a memorable day in the history of Indian defence sector. Our private industry is coming of age when it comes to defence production. It is an important milestone not only in the field of defence manufacturing, but also in achieving ‘AatmaNirbhar Bharat’ as envisioned by our Prime Minister Shri Narendra Modi,” he said.

The first consignment of one lakh Multi-Mode Hand Grenades (MMHG) has been tested satisfactorily for quality by Users. EEL had signed a contract with the Ministry of Defence on 1 October 2020 to supply 10 lakh modern hand grenades for the Indian Army and Indian Air Force at an approximate cost of Rs. 409 crore. The contract for the supply of modern hand grenades is spread over two years.

These new grenades will replace Grenade No 36 of World War I vintage design, which had been continuing in service to date. The MMHGs have a distinctive design giving flexibility of employment in both defensives (fragmentation) and offensive (stun) modes. They have highly accurate delay time, very high reliability in usage and are safe for carriage, the statement reads. 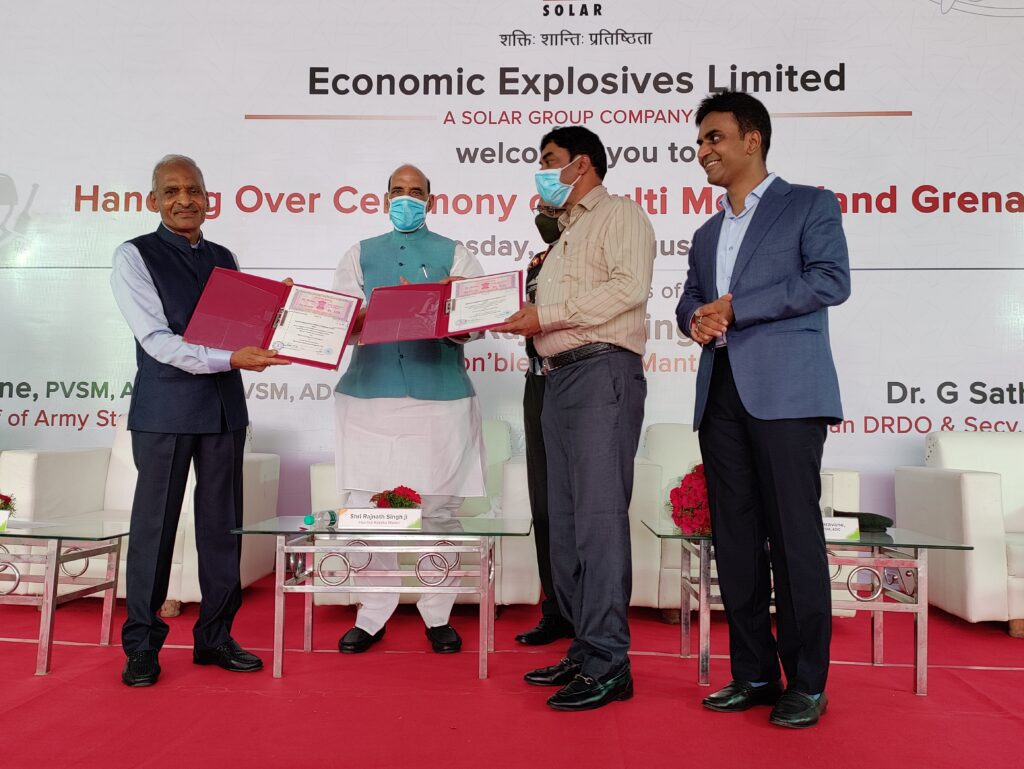 These modern grenades were designed by the Terminal Ballistics Research Laboratory of DRDO. EEL had taken the technology from DRDO in 2016, absorbed it successfully while maintaining very high quality in detonics. Extensive trials were successfully undertaken by the Indian Army and DGQA in 2017-18 in plains, deserts and high altitudes over summer and winter, according to the statement issued by the company.

The commercial RFP was published by MoD in 2019 and the contract concluded on 1 October 2020. Thereafter, First Production Model trials were carried out in plains, deserts and high altitudes on all parameters by the army and DGQA. Against a GSQR requirement of 95 per cent reliability, the grenades manufactured by EEL had a highly superior reliability of 99.8 per cent.

The company said, that the success of the MMHG story is further amplified by its usage of 100 per cent indigenous content.

The delivery of the first batch of grenades marks the first time that a privately owned company has supplied the armed forces a completely built ammunition, reducing single-source dependency on the OFB (Ordnance Factory Board). The MMHG can be used in fragmentation and stun modes and has a proven accurate delay time and high usage reliability.

In his address the Defence Minister also listed out the measures undertaken by the Government to transform the defence sector into a self-reliant industry which can cater to the present and the future needs of the Armed Forces. These include setting up of Defence Industrial Corridors in Uttar Pradesh and Tamil Nadu; formulation of draft Defence Production and Export Promotion Policy (DPEPP) 2020; earmarking around 64 per cent of its modernisation funds under capital acquisition budget for 2021-22 for procurement from domestic companies; notifying two Positive Indigenisation Lists of over 200 defence items to promote self-reliance & defence exports; Corporatisation of Ordnance Factory Board (OFB); increasing FDI limit from 49 to 74 per cent under automatic route and beyond 74 per cent through government route and according top priority to ‘Buy {Indian-IDDM (Indigenously Designed, Developed and Manufactured)}’ category for capital procurement.

Rajnath Singh commended the Industry for indigenously developing products like ‘Multi-Mode Grenade’, ‘Arjun-Mark-1’ tank, ‘Unmanned Surface Vehicle’ and ‘See Through Armor’. “Such products are not just being produced but exported on a large scale. The number of online export authorisations during 2016-17 to 2018-19 was 1,210. It has increased to 1,774 in last two years. This has resulted in defence exports of over Rs 17,000 crore in the last two years,” he added. He exuded confidence that soon India will manufacture defence products not just for domestic use, but for the whole world.