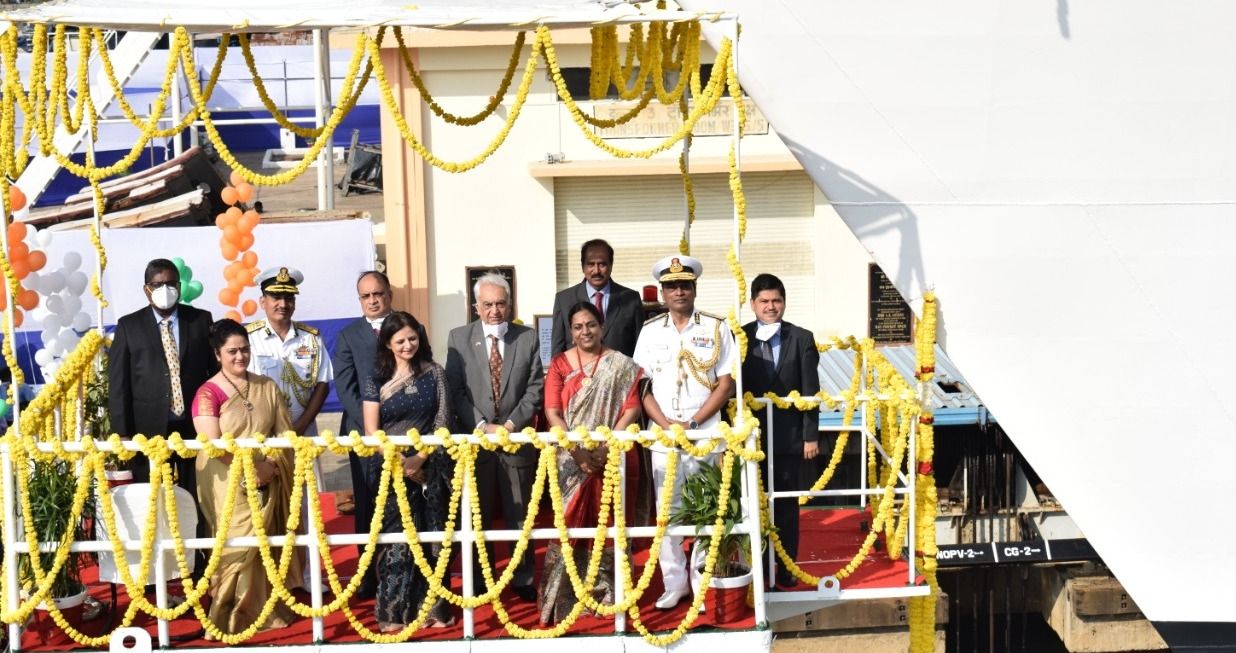 The 5th and the last Offshore Patrol Vessel designed and built by Goa Shipyard Limited (GSL) for Indian Coast Guard was launched today. The vessel christened ‘Saksham’ is a part of the indigenous project launched by the Prime Minister in November 2016. Since then two vessels have been commissioned and all five have been launched. The vessel is in an advanced stage of outfitting and will be ready for delivery by October 2021, as per the contractual schedule.

According to the GSL, these OPVs will form a formidable part of the Coast Guard Fleet and used for protection of Exclusive Economic Zone of territorial water of the Nation. These vessels will be fitted with the most modern and technologically advanced machinery and computerized control systems, making them the most advanced Patrol Vessels in service with the Indian Coast Guard, on delivery. These 2400 ton vessels will be equipped with features like Quick Response Boats for rescue and anti-piracy, Gunnery simulators and many more advanced features. The hull would be the most efficient form designed by GSL and would provide for fuel efficiency, crew comfort and excellent sea keeping qualities.

While complementing GSL for achieving yet another milestone in the execution of 5 CGOPVs Project, Director General of Indian Coast Guard, K Natarajan said, “The launching of this majestic ship, which is an example of fine workmanship and equipped with most advanced machinery, will help Indian Coast Guard in performing multifarious roles chartered to Indian Coast Guard more effectively.” He also acknowledged the tremendous contribution of Goa Shipyard in indigenous shipbuilding, catering to the acquisition requirements of the Indian maritime forces, especially the Indian Coast Guard.

Chairman and Managing Director of GSL, Cmde B B Nagpal said, “The launch of the Fifth OPV despite the serious supply chain constraints imposed by COVID-19 is a major feat for GSL.  In line with the Shipyard’s tradition of delivering on time, we are confident to deliver this last vessel of the project, launched today, by October 2021. We have endeavoured to maximise the indigenous content on these ships and I am happy to state, that more than 70 per cent indigenisation has been achieved for these ships.”

Despite the ongoing COVID-19 pandemic and disruptions in supply chains, it is creditable for the shipyard to complete 100 per cent hull construction and launch the vessel within 18 months from keel laying, which was in June 2019, the GSL press statement said.